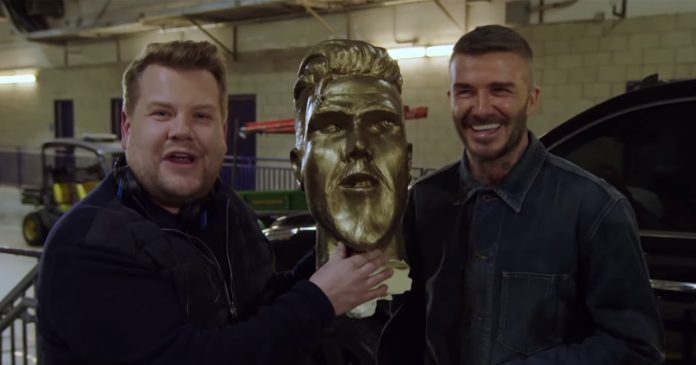 David Beckham was horrified when he was presented with an extremely ugly statue of himself, courtesy of his former team LA Galaxy.

But what the football legend didn’t know was he was being pranked by James Corden, who was secretly filming his reaction!

The real statue was to be displayed at LA Galaxy’s football stadium in front of 25,000 people.

James wanted to trick Beckham into thinking the ugly statue was the real thing, before the true version was shown to him.

“David thinks he’s coming here to this loading dock to see a final, last-minute preview of the statue, before it gets moved outside for the official unveiling,” James explained.

To annoy him even more, James hired an actor as part of his intricate plan, to pretend to be a fan and call him ‘Dave’—apparently he absolutely hates this.

LA Galaxy’s president Chris Klein played Beckham a reel of “highlights” of his career, which he said everyone would be watching. But he was working together with James to include clips of missed goal opportunities and him receiving red cards.

Then a fake sculptor came out to unveil the horrifying bust to Beckham, and it’s safe to say he was not impressed. At all.

Still, he wanted to be polite so gave the sculptor a small clap.

“If my kids were to see this, I think they’d just cry, to be honest,” he said.

“Look at my chin. This looks nothing like me though, look at my eyes. The only thing that’s good is the hair and that’s about it.”

Beckham and the sculptor went to the other side, and he wasn’t happy about the size of his “bum”.

Beckham stayed calm and told the artist he doesn’t know how it can go out.

“There’s no way that can go out. My parents are coming over from London, my wife is coming.

“I mean, look at how long my arms are,” he continued.

He was so relieved when he found out the whole thing was a prank!

James found it all hilarious and couldn’t stop laughing!

The fake sculpture was almost as gruesome as the infamous one of Portuguese footballer Cristiano Ronaldo, which was unveiled at Madeira Airport two years ago.

This cat watches an horror film for the first time and... 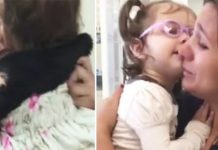 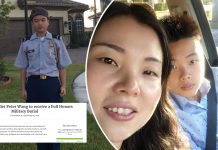 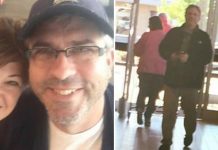 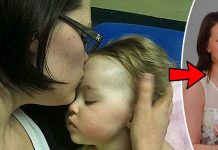 Anne Hathaway to give up drinking the next 18 years for...