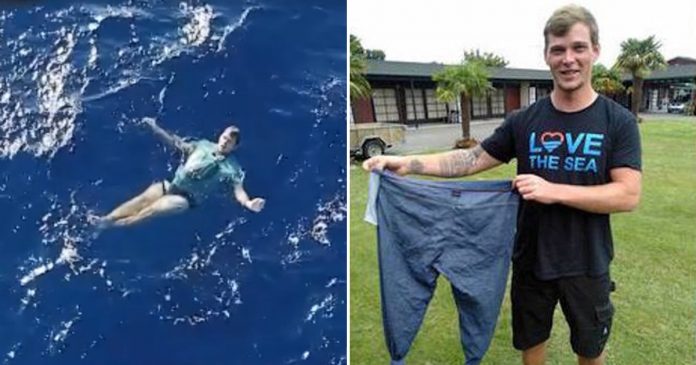 30-year-old Arne Murke never thought that his life jacket-making knowledge would come in handy when he was accidentally knocked into the sea.

Arne was sailing with his brother in Tolaga Bay on the east coast of New Zealand’s north island when their yacht was suddenly hit by a huge wave. The yacht swung unexpectedly and knocked him into the sea.

His brother later threw him a life jacket but he was unable to reach it and was later carried off by the water.

Arne later tried to stay afloat by kicking his legs but he realized that he would better come up with a better plan. 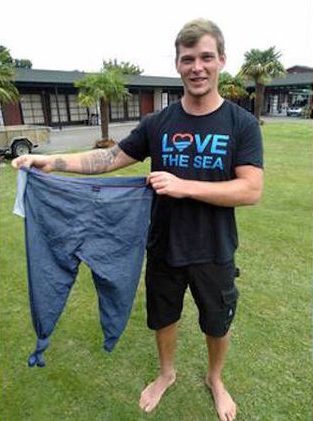 Arne later inflated the pants, pulled them over water to get air inside before pushing the pants underwater to trap the air and turn it into a makeshift life jacket.

Arne did the same steps every 10 minutes with the thought of his 10-month-old daughter as motivation to endure the ordeal.

Apparently, the life-saving trick that Arne pulled is what the US Navy Seals are trained to do where they use the pants they wear to make a makeshift life jacket.

The trick does not only help you stay afloat but also helps you to conserve energy while waiting for the rescuers to come.

Just in case you might find yourself in such an unfortunate situation, here is a step-by-step guide to teach you how to make a makeshift life jacket out of a pair of pants.

Step 1: Take your pants off and tie the ends of the legs as tight as possible. The US Navy Seals recommends tying both of the ends together and tighten them enough to trap the air.

Step 2: Put the waist opening on your shoulder and then, swiftly raise the open waist opening high above your head and slam the pants into the water. Then, close the opening underwater to trap the air.

Step 3: Then, put your head through the loop of your inflated pants and hold the waist closed underwater.

Most importantly, try your best to not panic and take a deep breath when attempting this trick. Also, do not forget to use pants that do not have holes or that are not ripped!

Watch this video to see how it’s actually done