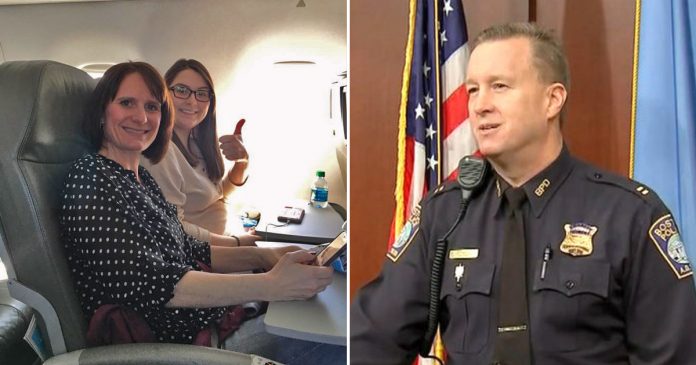 A police officer in Boston went above and beyond the call of duty to help a family who got stranded at the train station after they missed their train.

Kori Malenfant and her parents were traveling home from New York to Portland, Maine by train. However, their train from New York ran late so by the time they arrived at Boston’s North Station for another train to Maine, the connecting train had already left.

Kori and her parents went to New York for her surgery at New York City’s NewYork–Presbyterian Hospital.

“Because of the recent inclement weather and train cancellations, our Amtrak train trip back from the Presbyterian Hospital in New York was longer than expected, which caused us to arrive in Boston too late to get on the next train,” Kori wrote in her Facebook post.

It was in the middle of winter and the weather was freezing cold so they decided to store their luggage at a safe place while waiting for the next train to Maine.

In the meantime, Kori’s mother, Wendi Malenfant felt desperate to make sure that Kori could get some rest in a comfortable and warm place so she later approached the officers on duty if they knew a place to store their luggage at the station.

They planned to take a taxi after that to somewhere warmer while waiting for the next train.

“Unfortunately, this train wasn’t leaving the station for another 2 1/2 hours. The train station was very cold, with no place to leave our luggage, and no option for comfortable seating/support for my neck,” she continued.

Shortly after they asked the two officers on duty, the officers contacted the police captain if they could do something for them. Not long after that, the Boston police captain came and asked them to follow him.

The police captain, Captain Kelly J. McCormick, then unloaded all of their luggage onto his SUV and said, “OK guys, follow me. We’re taking a little ride.”

The family thought they were driving around Boston but later realized that they were heading north towards Maine.

“Mom asked where we were going, and he laughed and said he was kidnapping us and that it was perfectly legal. We soon realized he was driving us all the way to Portland, back to our car,” Kori wrote.

“He said there was no way he was going to allow me to sit in the cold so soon after surgery and that it was his pleasure to drive us.”

Thanks to his selfless gesture, the Malenfants made it safe to their home in Portland.

To Captain McCormick, when he found out that the family was going to wait for hours at the station in the middle of winter, he knew he had to do something. 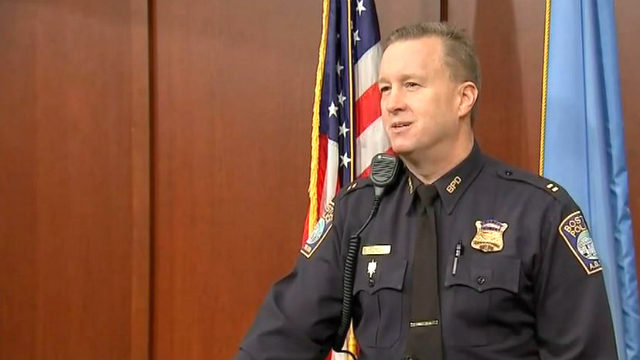 “They were just very tired. I could see it, and I just felt like they (were) going to sit in North Station all night no matter what,” he told Fox23 News.

Thai Teacher wins everyone’s heart for greetings her students with their...