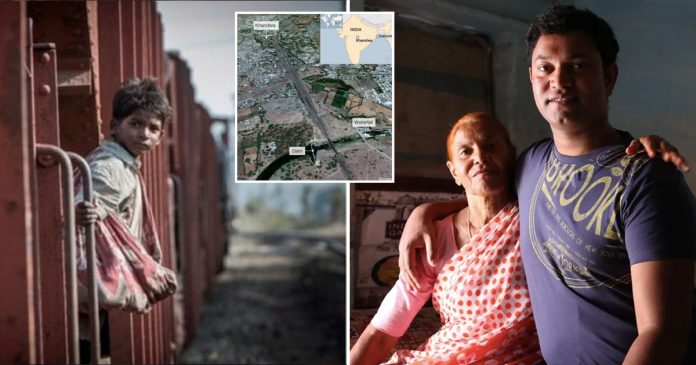 In 1986, Saroo, an illiterate five-year-old boy from the poor neighborhood of rural central India accidentally ended up alone on a train and embarked on a life-changing journey that he never dreamed of.

On that fateful day, Saroo got separated from his brother at a railway station in Burhanpur, India.

“It was late at night. We got off the train, and I was so tired that I just took a seat at a train station, and I ended up falling asleep,” Saroo told BBC.

The boy then ended up alone on a train and traveled a thousand miles away to Kolkatta.

“I thought my brother would come back and wake me up but when I awoke he was nowhere to be seen. I saw a train in front of me and thought he must be on that train. So I decided to get on it and hoped that I would meet my brother.”

The boy wanted to return to his hometown as soon as he arrived in Kolkatta but since he did not speak Bengali and never knew the name of his hometown, he was unable to seek help.

“I was absolutely scared. I didn’t know where I was. I just started to look for people and ask them questions.”

Saroo later lived on the streets and survived on food scraps.

He was then taken to an orphanage where he was later adopted by an Australian couple, Sue and John Brierley.

The adoption meant that Saroo would live a new life in Tasmania, Australia and even further away from his hometown. “I accepted that I was lost and that I could not find my way back home, so I thought it was great that I was going to Australia,” the man said.

25 years later, Saroo had grown up well adapted to the Australian culture but he never once forgot about his hometown back in India.

The desire to find his birth family grew stronger each day. One day, an idea struck onto his mind.

Using Google Earth, Saroo traced back the day when he got separated from his brother. However, the process was far from easy. 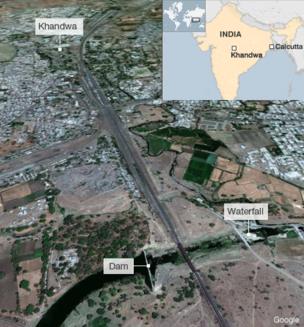 “It was just like being Superman. You are able to go over and take a photo mentally and ask, ‘Does this match?’ And when you say, ‘No’, you keep on going and going and going,” he said.

“I multiplied the time I was on the train, about 14 hours, with the speed of Indian trains and I came up with a rough distance, about 1,200km. When I found it, I zoomed down and bang, it just came up. I navigated it all the way from the waterfall where I used to play.”

Soon, he discovered Khandwa. He later traveled to Khandwa in February 2012 where he met his biological mother, Fatima Munshi. “She saw my face, after 25 years of separation. I still have that sort of babyface within me,” Saroo said.

“A mother like her would not have forgotten one of her children’s looks. She knew who I was, and I knew who she was. The memory of her face had been embedded in my mind for such a long time.”

After years of wondering, Saroo finally got to reunite with his long lost biological family. Now that he has met them, he is extremely grateful and continues to keep in touch with them and supports them financially.

“It has taken the weight off my shoulders. I sleep a lot better now.”

Saroo told it all in his autobiography, “A Long Way Home” which has been adapted into a film “Lion” starring Nicole Kidman and Dev Patel.

“It was a book for other people like myself, in the hope that they would be empowered and educated to know that there is a light at the end of the tunnel,” he told The Guardian.