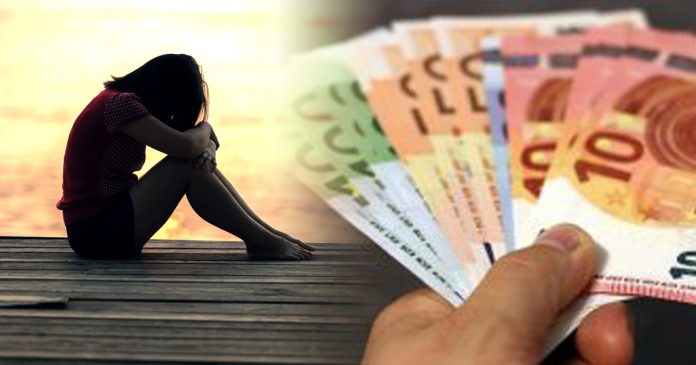 One young girl had to go through a tough life after her conservative father refused to love her as his child.

It turned out that her father had always wanted a son and he blamed the little girl when her mother fell sick after giving birth to her.

When the girl turned six years old, life took a worse turn as her mother passed away, leaving her alone with her selfish father.

She could still recall the day when her mother passed away. That day, as she sat next to her mother’s cold body, her father had just returned home after gambling and drinking at the town. He said to her that she should prepare to bury her mother as soon as possible.

“She’s dead. There’s no use of you crying! Go prepare for her funeral!” the father said.

Right after the funeral, her father brought home a woman, a widow who was known among the villagers for flirting around with many men including her father.

Unfortunately, her life seemed to not get any better as her new stepmother was not fond of her.

One day, she found out that both of her father and stepmother had sold her to an old man in exchange for some quick cash.

The young girl who was barely into her teenage years cried her heart out as she begged for them to not marry her off to a stranger. However, they have taken the money that the old man has offered and there was no turning back.

Luckily, just in time before she had to leave her home to go to the old man’s house, her aunt came and stopped the marriage.

Apparently, the news of her being married off to an old man had traveled across the village so her aunt could no longer stay silent and decided to step in before it was too late.

Hence, the girl stayed with her aunt ever since the incident. Even though her aunt barely had enough to support her and her son, she never complained.

Instead, she worked harder to make sure that the girl had everything she needed and sent her to school.

As time passed by, the girl excelled in her studies and was enrolled in a college, and so did her cousin.

Unfortunately, her aunt could not afford to send both of them to college. While the girl was contemplating to quit her studies and help her aunt earn a living, her cousin then told her that she deserved to go to college as she was more studious and smarter compared to him.

The girl was against her cousin’s decision but he had already decided to work instead of continuing his studies.

The girl knew that her cousin and her aunt had sacrificed a lot for her so she vowed to repay their kindness.

The girl then studied hard and managed to graduate top in her class.

She then secured a great job in the city at a bank and it did not take long before she got promoted as the manager.

Finally, life was getting a lot better for the girl and she had her aunt to express her gratitude to. In exchange for her aunt’s sacrifices over the years, the girl bought her a big house to live in with her aunt and cousin and treated them as her own family.

As they always say, kindness will always be rewarded with kindness. Although the little girl cried her heart out and mistreated by her selfish father, she was lucky to have her aunt by her side. In return, her kind aunt and cousin received blessings for the sacrifices that they made for the girl.