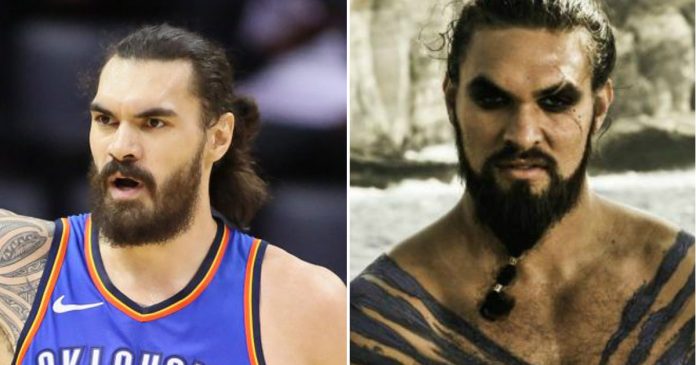 It seems like Aquaman and Game of Thrones star, Jason Momoa is not only great at acting but playing basketball as well!

Or so many think when they see NBA player Steve Adams of the Oklahoma City Thunder who is now under the spotlight for being Jason Momoa’s doppelgänger.

The 22-year-old NBA player from New Zealand could easily pass as Jason’s long-lost twin especially when both of them grow beards and have tribal tattoos on their arms. 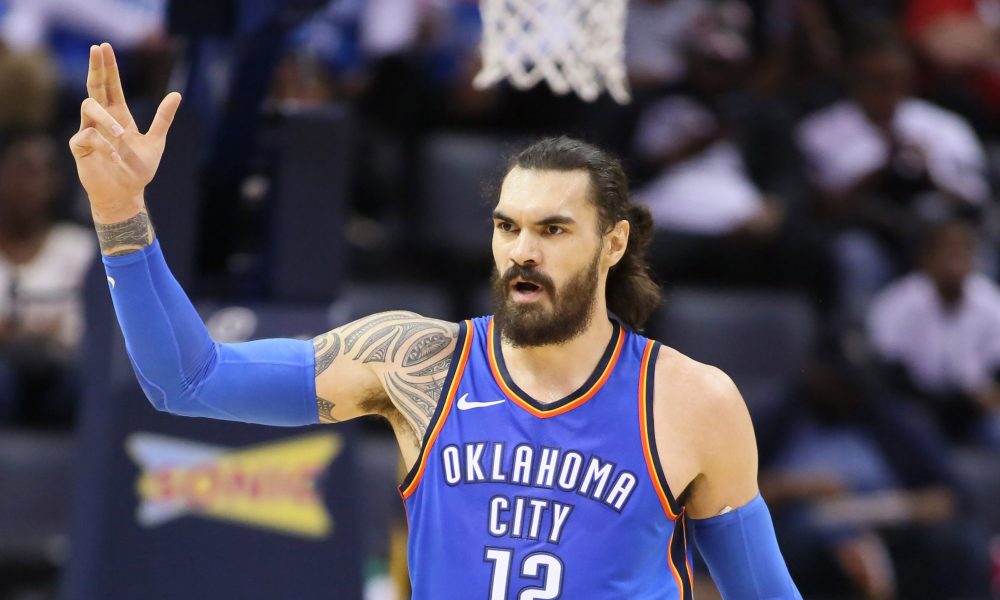 Apparently, Adams himself is also well aware of the fact that he looks just like the Hollywood actor. In an interview with TMZ, Adams said that he frequently gets mistaken as the Aquaman star.

Jason Momoa in the gym room.

“When I was in Croatia I actually got mistaken for him [Momoa],” Adams said.

However, it seemed that Adams did not mind the resemblance at all as he added that the mix-up helped him, “getting into clubs and stuff”. 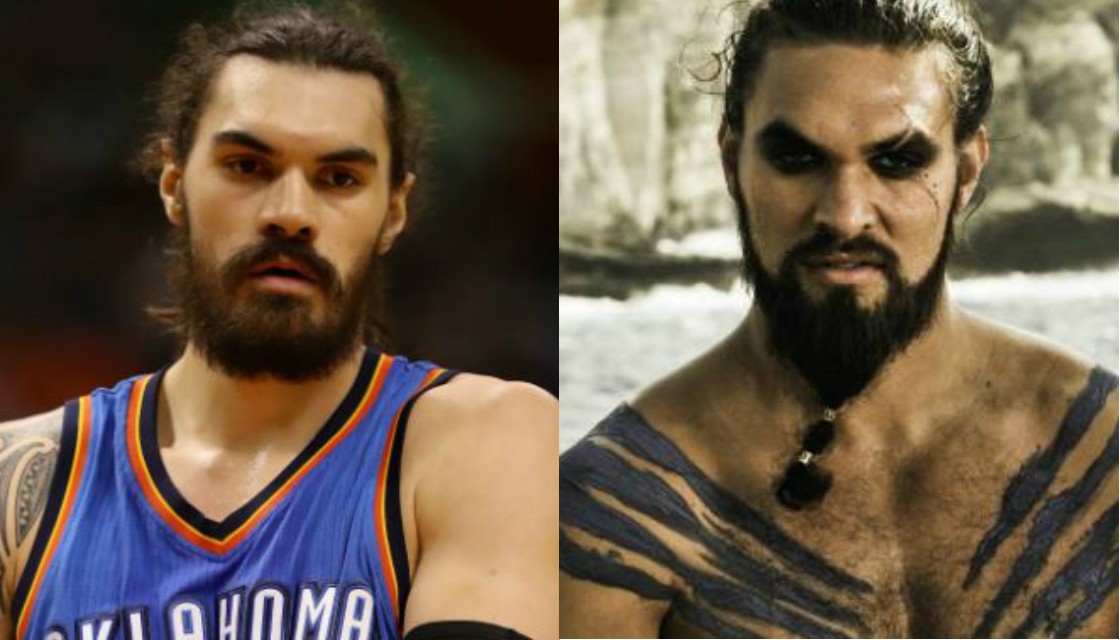 Even though the New Zealander is well-known for his starring role in helping Oklahoma City Thunder’s winning streak and can easily intimidate his opponents with his towering figure, Adams is quite a gentleman.

The NBA ace was interviewed by ESPN reporter Coral Lu after helping his team to a victory match.

As Coral Lu who stood at 5 ft 5 in compared to Adams who was two feet taller, Adams tried to accommodate Lu by bending his long legs as Lu held the microphone for him. 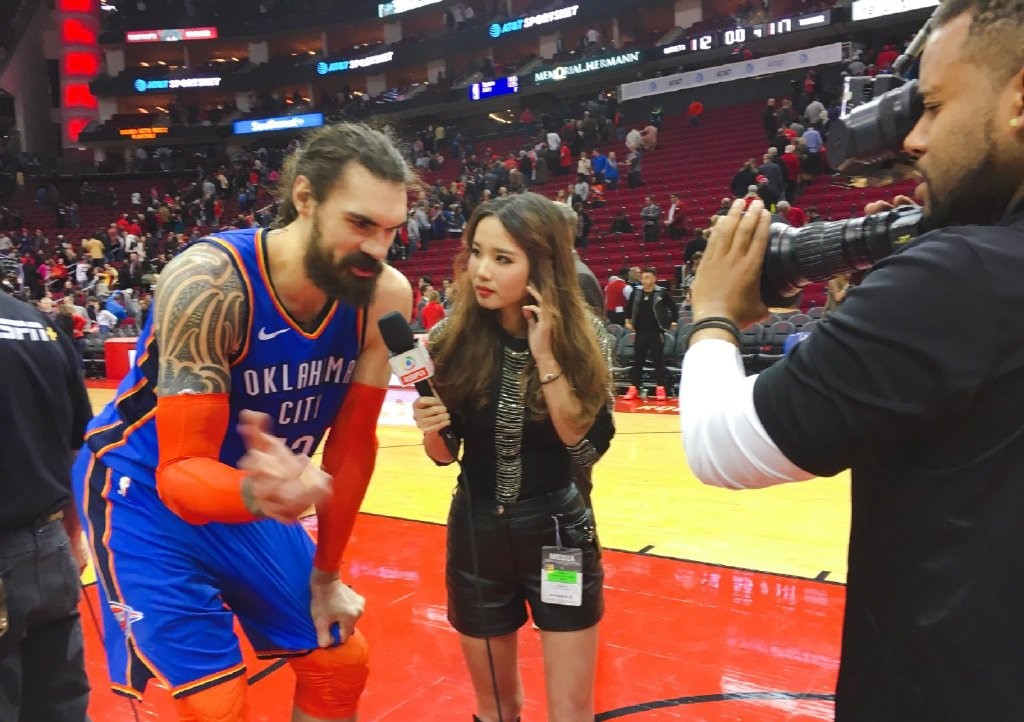 Obviously, Lu appreciated the kind gesture that Adams showed to her. She later took to her social media account to give a shoutout to the gentleman NBA player.

It did not take long before Adams gained new fans because of his thoughtful action towards Lu! 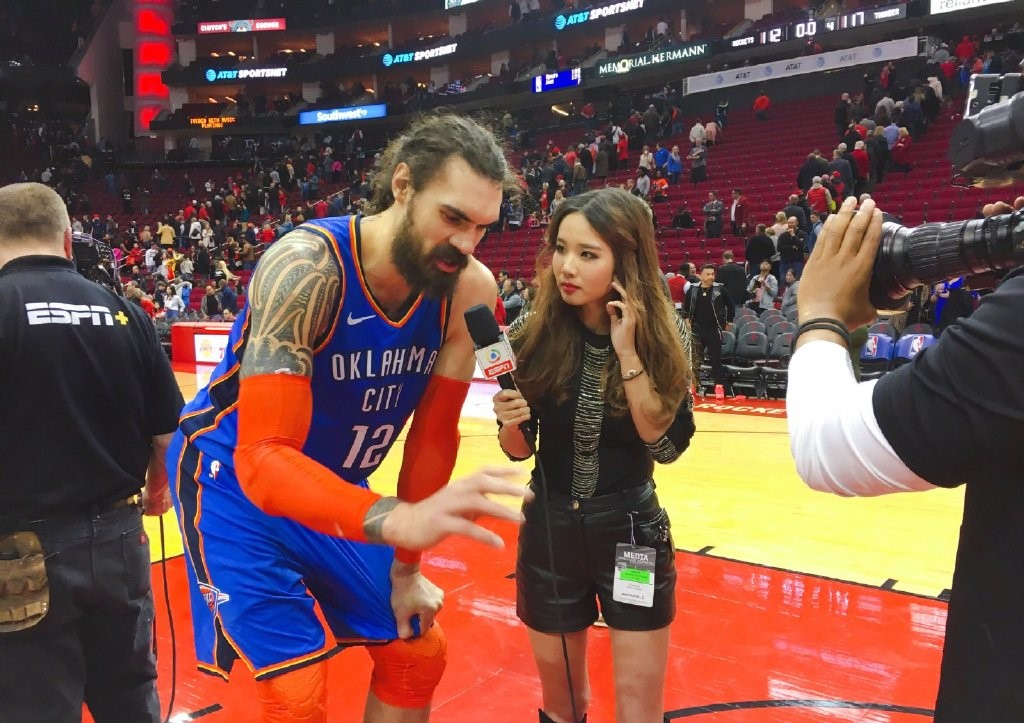 Steve Adams is already well-known for being a multi-millionaire NBA player and has a Hollywood doppelgänger and it seems that he can add being a gentleman to the list as well!