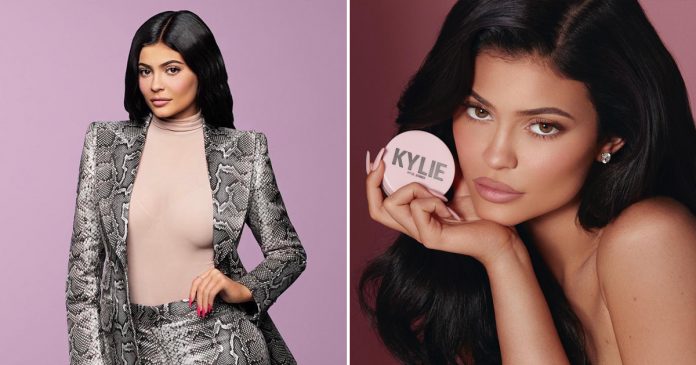 At the young age of 21, Kylie Jenner has officially become the youngest self-made billionaire in the world.

Forbes has recently estimated that Kylie Cosmetics, the company that Jenner has been running since November 2015 is now worth US$900 million.

As Kylie Jenner herself has already amassed cash from various business deals, that brings her to billionaire status with an estimated net worth of US$1 billion.

According to Forbes, Jenner is the youngest self-made billionaire to reach the status at such a young age after Facebook founder Mark Zuckerberg hit the mark when he was 23 years old.

Bloomberg later confirmed that Jenner’s net worth is around US$1.02 billion.

Kylie Jenner first came out with a cosmetics line in 2015 when she started selling lip kits with lipsticks and liners.

Her cosmetics line proved to be a huge success when they sold out in less than a minute.

A few months later, Jenner launched Kylie Cosmetics on Shopify where she sold 500,000 lip kits in six colours. By the end of 2016, her company recorded  US$307 million in revenue, according to Business Insider.

Last year, Forbes revealed that Jenner was on her way to becoming a billionaire thanks to the 9% revenue growth in her US$900 million business and a partnership with Ulta that brought her products to more than 1,000 of its US stores.

Experts have said that the key factor of Jenner’s growing business is due to her social-media strategy where she utilizes her Instagram account with more than 175 million followers to market her products.

She also has managed to maintain low business overhead as Kylie Cosmetics is fully handled by a small team of seven full-time and five part-time employees while all the manufacturing and packaging are handled by a local company in California.

Meanwhile, the sales and fulfillment are handled by Shopify and her mother, Kriss Jenner handles the finances and public relations for a management fee of 10%.

As she retains full ownership of Kylie Cosmetics, all the profits go to her.

Kylie Jenner now follows in the footsteps of some of the world’s famous billionaires with likes of Snapchat founder Evan Spiegel and Google founder Sergey Brin who hit the US$1 billion milestones before reaching the age of 30.