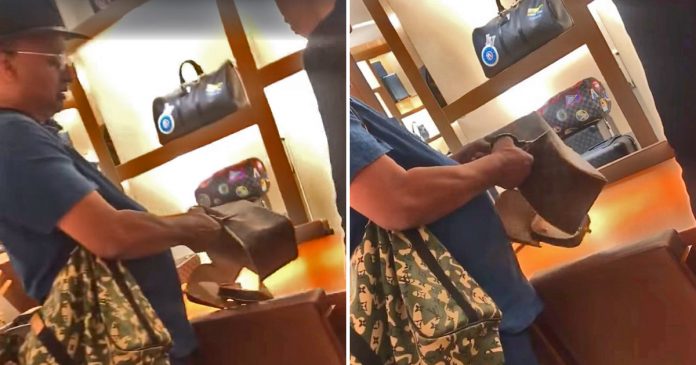 One certainly has to have some guts and a massive bank account balance to cut a Louis Vuitton bag open but for one irritated man, the luxury item was nothing compared to his dignity.

Recently, a viral Facebook post posted by a netizen from Malaysia named Ismail Ariffin describes how his friend, Zainal Abidin reacted after a misunderstanding with a staff in a luxury boutique at a famous shopping center.

According to his post, Zainal Abidin went to the high-end boutique and brought a Louis Vuitton bag with him.

He later requested the staff to emboss his name on the bag to which his request was later denied. 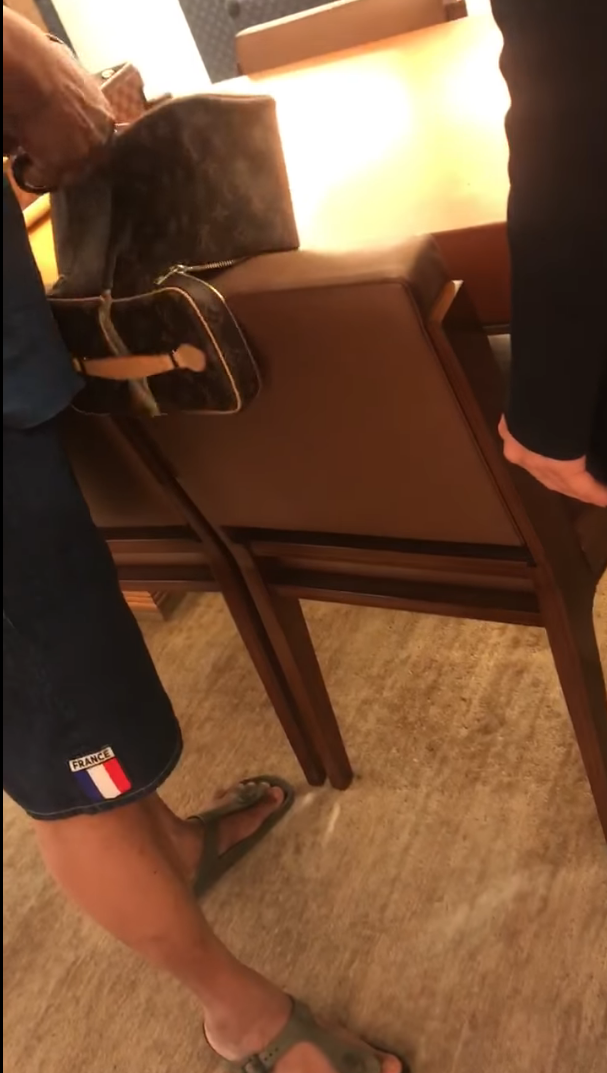 Due to certain reasons, his request could not be honored. However, the staff’s explanation may have not seemed friendly enough to the man. According to Zainal Abidin, the staff looked at him as if he was poor to which he responded, “You can’t treat me and my friend like monkeys.”

As the staff’s response had angered Zainal Abidin, he later requested a pair of scissors and started to cut open the Louis Vuitton bag in front of the staff. 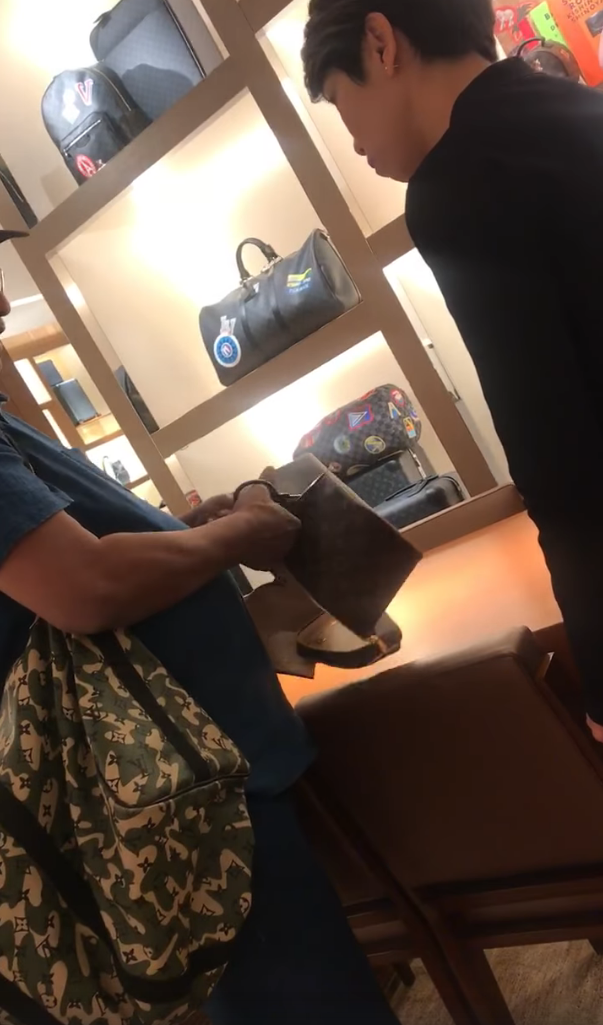 “They think their LV bags are greater than our dignity,” he added.

When the video made rounds on social media, many users also shared similar experiences when they shop at luxury boutiques.

“Some of the workers act as if they are the shop owner when in reality, they’re only making minimum wage,” one user wrote.

Meanwhile, another user commented that it is a common practice among staff at luxury boutiques to ‘talk down’ to customers.

“I was told before that some fashion boutiques would ask their employees to ‘scan’ the customers so that they would feel challenged and end up spending more money at the shop,” the user wrote.

While many thought that Zainal Abidin suffered from mistreatment from the staff due to his casual outfit, an anonymous source said that the staff denied his request as it might damage the bag due to its delicate material, as reported by World of Buzz.