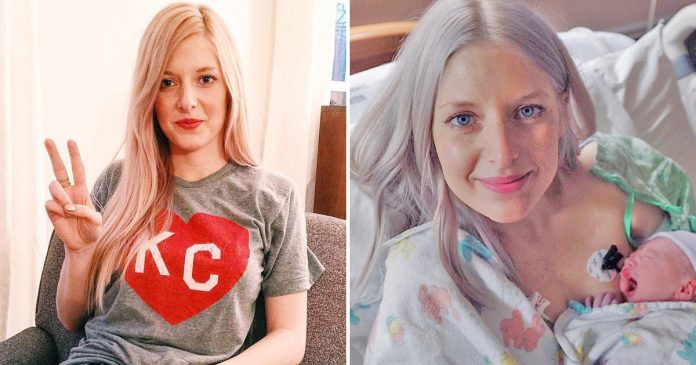 Even though Megan Moss Johnson had lived a tragic life, she definitely helped many people to avoid having the same sad ending like her story even after she passed away.

When Megan was 15, she was diagnosed with myocarditis, a health condition when there is an inflammation and damage of the heart muscle. Thankfully, she found a donor and later, received a heart transplant.

Since then, young Megan was determined to help other people who are in dire need of organ transplants by pledging to become an organ donor.

Things went great after the transplant as Megan continued to live her without much health complications.

She then married her husband, Nathan Johnson who works as a musician.

Not long after they got married, the two received happy news that they soon would become parents to a baby girl.

Unfortunately, the happy ending that both Megan and Nathan were looking forward to never happened.

The doctors than pronounced her dead. According to the doctors, Megan may have suffered from complications because of her transplanted heart.

However, Megan’s pledge as an organ donor before she passed away had turned her tragic ending into a blessing for many people.

After she passed away, her organs were successfully donated to save 50 other people.

Nathan was devastated with Megan’s death while having to take care of his newborn daughter. Thankfully, he has supportive friends and family who later raised a fundraiser to help him going through the difficult time.

He also regularly posts lovely photos of him and daughter Ellie who is now a toddler.

While Megan may have tragically lost her life due to heart failure, she had made it possible for many other people to survive thanks to her pledge as an organ donor, the same way she was saved when she was younger.