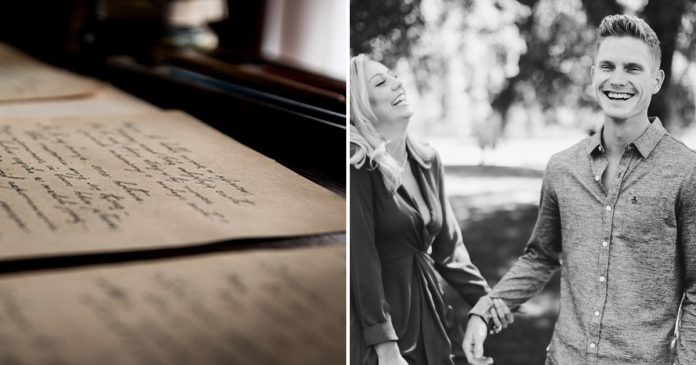 A long time ago, there was an old man in a village who lived with his only son. His wife had passed away, leaving the old man who was already over 60 years old and his 25-year-old son behind.

The old man had always wanted to see his son tied the knot as most men of his age had already built a family of their own. However, no one wanted to marry the son as the family was extremely poor.

Determined to see his son get married as soon as possible, the old man then tried his hand on farming. He bought a number of piglets and a few acres of land with the savings he had saved throughout his life.

Meanwhile, the son traveled to the city where he hoped to get a job.

Before the son left the old man, he told his father that he would write him a letter once he arrived in the city and with a job.

After the son left their home, the old man worked hard to manage his farm. He was always either at the piglets’ barn or watering the plants at the farm.

One day while he was working at the farm, he suddenly heard a baby crying. As the farm was next to the thick jungle, he was shocked to hear the cries of a baby. The old man then decided to go into the woods and search. He was beyond surprised when he actually found a baby girl.

The old man then took the baby in and adopted her. Since then, he lived with the baby and treated her like his own grandchild.

A few years later, the baby girl grew up as an adorable little girl. As the old man’s business had been thriving and he was no longer as poor as he used to before, the old man managed to send the little girl to school.

One day, the old man finally received a letter from the son. However, since he did not know how to read, the old man asked the little girl to read the letter for him.

“Grandpa, uncle said that he will be back next Sunday and he asked to go to the west of the village to pick him up,” the little girl said.

So, the old man went to the west part of the village to pick up his son but the son was nowhere to be seen.

The old man had already waited for a few hours and decided to return home when suddenly he saw an old woman fell to the ground and fainted.

When he arrived home, he was shocked to see his son.

Apparently, the son had asked the old man to go to the east of the village but then the little girl misread the word and thought that the son wrote “west”.

The little girl then apologized to the old man but he replied with a smile. “Do not worry my little girl. Even though I went to the wrong part of the village, I managed to save someone’s life today!” the old man said.

Not long after that, the family later received a surprise visit from the old woman whom he saved before.

The old woman wanted to repay the old man’s kindness and she brought many gifts.

Apparently, the old woman was a successful businesswoman in the village. The two families then got along very well after the visit. Later, the daughter of the old woman fell in love with the old man’s son and they got married.

Thanks to the little girl misreading the word from the son’s letter, their family now was no longer poor and the son was able to meet his wife!