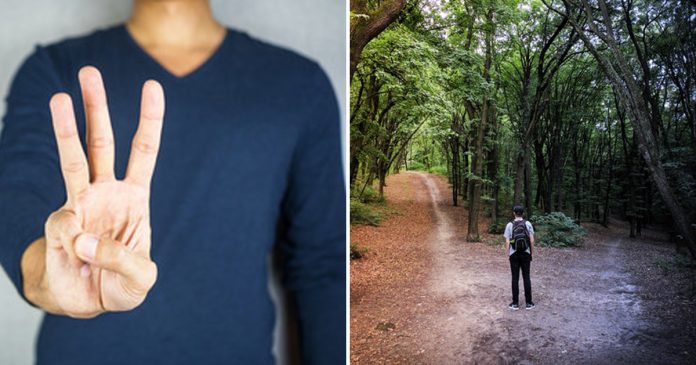 One man who had been working for 20 years finally decided to retire and return to his hometown. When he was about to leave, his boss asked him: “Do you want 20 years worth of salary or three words of advice?”

The man then replied, “Can I give you the answer tomorrow before I leave?” The boss agreed. That night as he tossed around his bed, he gave thought to his boss’ question.

The next morning, he met his boss and said to him that he decided to get three words of advice.

So, the boss then gave him three pieces of advice and told him to always remember them.

“Second, don’t be curious over something that you know will not benefit you,” he continued.

“Third, don’t make any impulsive decisions. Always take your time to think through. Otherwise, you will regret it for the rest of your life.”

After the boss gave the man his words of wisdom, he then handed him three loaves of bread of different sizes; small, medium and large.

“Remember, only eat the large loaf of bread when you have safely arrived at your home.”

The man then left and began his journey back to his hometown on foot.

After walking for a while, the man then ate the small loaf of bread.

He then continued his journey and came across a junction. Confused, he then asked two locals who happened to pass by.

Person A: Take the shorter road. You will arrive in your hometown in no time.

After hearing the locals’ suggestions, the man then decided to take the shorter road. He had not met his wife for a long time and he just could not wait to finally reunite with her.

However, the man then remembered about his boss’ advice about avoiding shortcuts. The man later changed his mind and decided to take the longer route. It was not long before he heard from a passer-by that a man was mugged while taking the shorter route.

After a while, he ate another loaf of bread, the medium one and continued his journey.

He had already been walking for a few hours and it was getting dark. The man then decided to stay in an inn for the night.

When he was about to fall asleep, he suddenly heard a woman crying. Feeling curious, the man then decided to take a look but then he remembered what his boss told him earlier.

“Don’t be curious over something that you know will not benefit you.” So, the man then went to his bed and fell asleep.

The following morning, the man wanted to check out and came across the owner of the inn. The owner was shocked to see him and said, “I didn’t know that someone survived! Didn’t you hear that a woman went insane last night and killed everyone she saw?”

Apparently, the man was the only one who survived the incident.

The man later continued his journey. He was not that far away from his hometown and when he finally arrived at his home, the man could not just contain his excitement.

He was just about to knock the door when he suddenly heard the voice of a grown-up man from inside his home.

At that moment, anger quickly provoked his mind. He then saw a hatchet near the door and picked it up. He was prepared to barge into the house and kill the man whose voice he heard just now when he suddenly remembered his boss’ third advice.

The man then put the hatchet down and decided to think through and calmed himself down. After a moment, the man then mustered his courage and knocked on the door.

His wife then opened the door and was very happy to see him back. However, the man felt unease. “Who is the man that I heard his voice just now?” the man asked his wife.

His wife smiled. “That’s our son. He’s all grown up now and he looks just like you,” the wife said to the man.

The man then saw his son for the first time and the two embraced each other for a long time. He was just so happy to be reunited with his family and decided to celebrate with the last loaf of bread he brought with him.

When he cut the loaf of bread, he was stunned to come across an envelope inside of it. When the man opened the envelope, he became speechless.

Apparently, the envelope contained all of his 20 years worth of salary!

The man then finally understood why his boss reminded him to only eat the large bread when he arrived home.

If he chose not to listen to his boss, his money might get lost during the journey or worse, he might get robbed by the thieves.

Since then, the man never forgot the boss’ three advice and lived his life according to what he had learned throughout the journey.