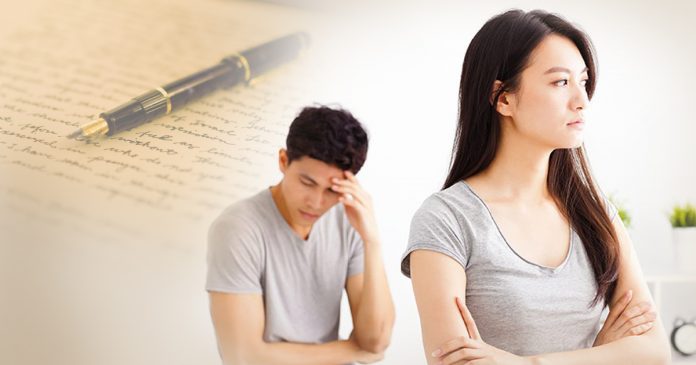 Her husband went upstairs later and found out that his wife was nowhere to be found. She did not answer her phone and she left no note. The next morning she still had not come home so the husband had to call into work and say he cannot make it that day because he had to take care of the kids. He had to cook for them and clean up after them. He also had to keep them occupied otherwise they’d wail from boredom or from being ignored.

I felt confined to the house. I spend every waking moment looking after the kids and at the same time, I had to do the chores. I’ve been on my feet the whole time and I have not spoken to a person above the age of 5 in the past two days.

Many netizens agree with the letter in the fact that housewives are not given their due recognition. A lot of housewives also commented on having similar experiences where they are not appreciated and their spouses take them for granted.

Many couples in this day and age are experiencing immense strain as they struggle to work and also manage their household, children included. With the rising costs of living, a family can rarely rely on a single spouse’s paycheck, therefore, both husband and wife need to put in the hours in order to put food on the table.

There are also those who opt to take on the sacrificial role and become a stay-at-home parent and this is, generally speaking, usually the wife. Many housewives are plagued with exhaustion as they are constantly on their feet, caring for their children and doing household chores.

What’s worse is if their husbands come home and just plant themselves in front of the television without offering to help out.

A class teacher reviewed her student’s past records and she realized...