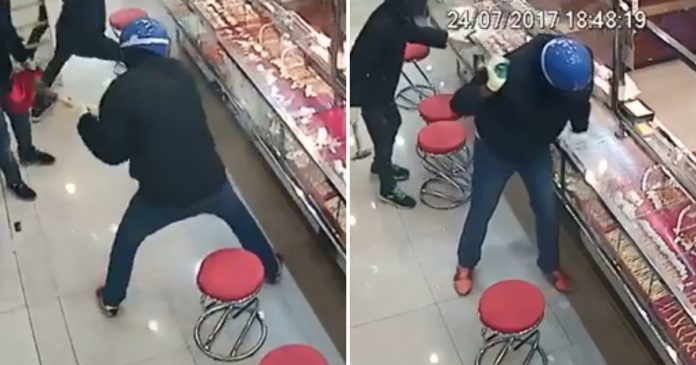 In the 42 seconds video recorded by the CCTV, one man wearing helmet dashed into a jewelry shop in Malaysia and started hitting the glass display—trying to get his hands on the jewelry.

After quite a few times hitting the glass display, the bulletproof glass doesn’t seem to budge so another man in helmet and hammer in hand joined in to break the glass.

The two men were desperately hitting the glass display with hammers but fail to break it.

There were two other men who were seen waiting behind them—one is preparing to put the jewelry into some sort of red sack-looking bag, while another one is holding a gun.

After 20 seconds desperately hammering the glass display non-stop, the two men seemed a bit tired but still continue with what they’re doing. The two other men were restless as they waited.

This is how the glass display looked like after the incident. 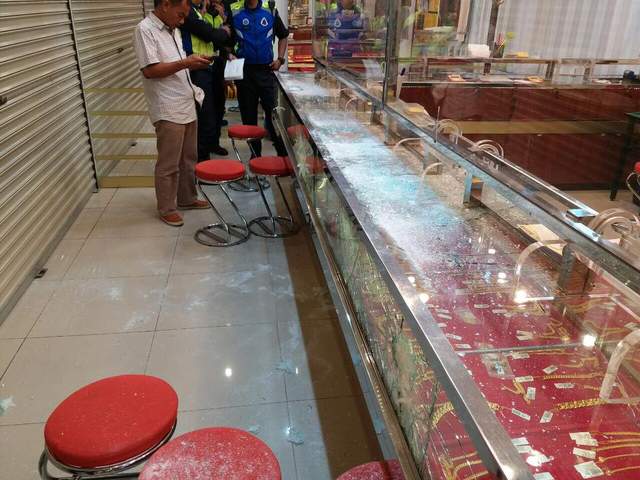 It didn’t break after being hit by the hammer so many times. 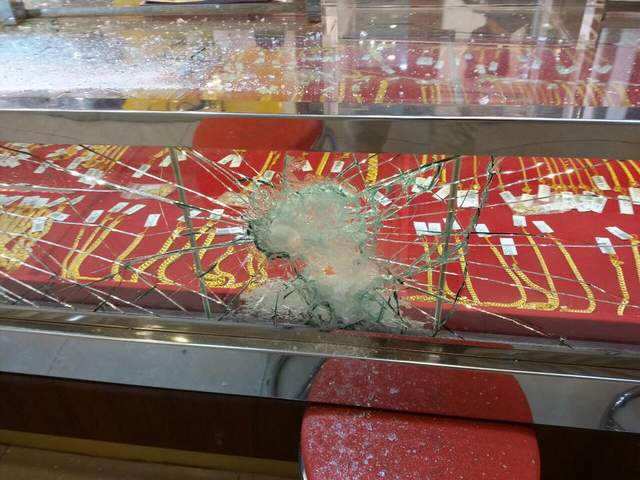 The robbers looked like they managed to make a hole but unable to get their hands inside the glass display. 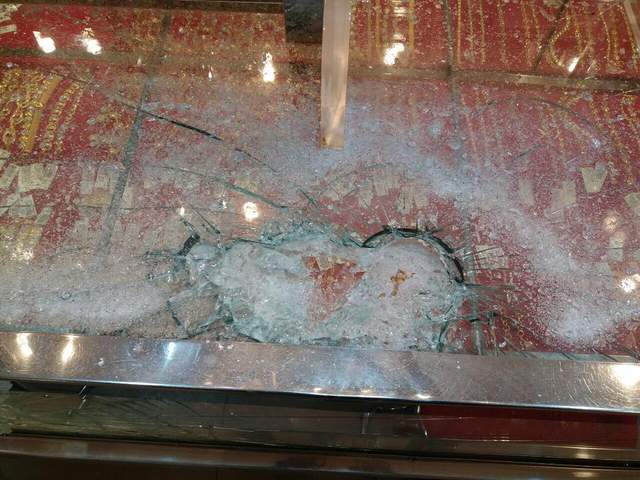 Looked like they managed to poke another hole with the hammer but there were more layers to this glass display than the normal one. 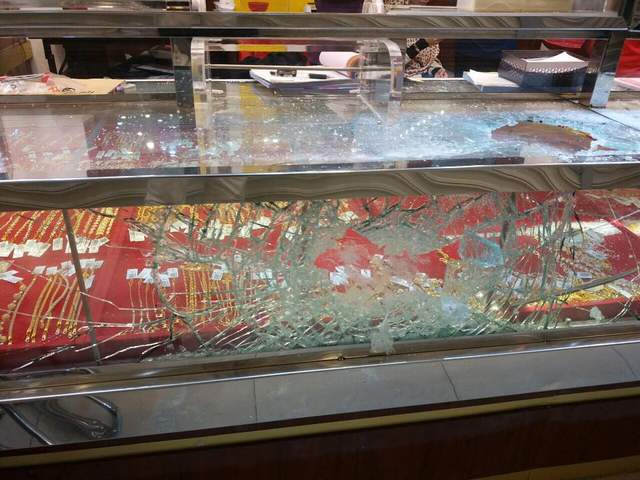 After more than 40 seconds, the four robbers were still unable to get their hands on the jewelry. As the video ended, it is safe to say that the robbery mission of that team of 4 in helmets ended in despair and failed miserably—turning the clip into a funny short film of a robbery gone wrong.

The person in charge from the jewelry store revealed that the glass display in their shop was made from polycarbonate—a material with ten times more strength than ordinary glass.

A mother of five realizes her toddler is missing until she...