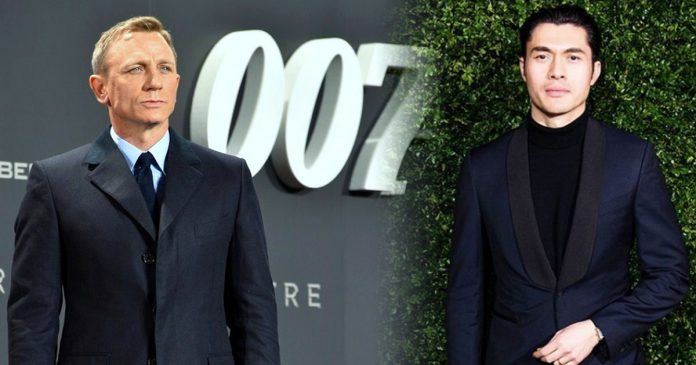 Crazy Rich Asians star Henry Golding could be our next 007, according to rumors.

The 32-year-old has shot to fame with his role in the rom-com hit movie, and now there are even talks the star is being considered as the next James Bond in the upcoming 26th film.

But he is keeping all the details secret, according to TMZ.

When asked by TMZ about the rumors, he smiled at the camera, and suddenly became super shy.

“Oh, I couldn’t possibly say anything about that,” Henry said, flashing a huge grin.

He’d make the ultimate agent, that’s for sure.

He totally kept his cool.

50-year-old Daniel Craig last Bond movie, Spectre, was released back in 2015 and his next, and final Bond movie is rumored to be called Shatterhand—so naturally, everyone is speculating as to who the next 007 spy will be.

And when asked whether him being chosen would ensure a hit for the box office in both the US and Asia, his lips were sealed once again.

“Maybe,” he told the videographer cooly.

He didn’t even give anything away when asked if he would be up for it if called personally by the Bond studio.

“I couldn’t possibly say,” he smiled.

The Singapore-based actor has been high on people’s list after starring in 2018’s Crazy Rich Asians, which quickly claimed the status of sixth highest grossing romantic comedy of all time.

Watch Henry address the exciting rumors in the video below:

Do you think he’d make a good Bond? Let us know in the comments!