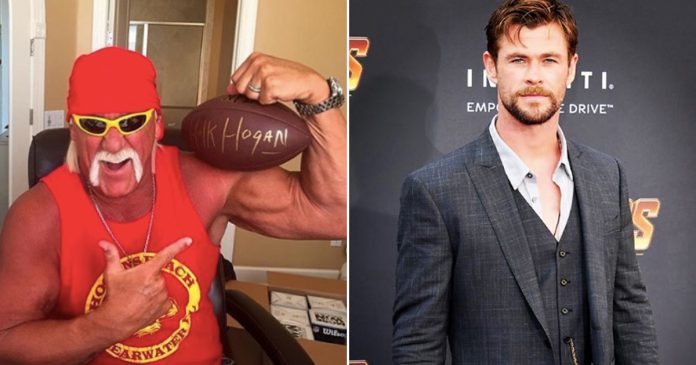 Thor star Chris Hemsworth is set to star as Hulk Hogan in an upcoming Netflix biopic about the former professional wrestler’s life.

The biopic will reportedly reunite Todd Philips and Scott Silver, who wrote and directed the upcoming DC comics movie The Joker.

It will also be produced by the man who directed Academy Award-winning film Spotlight, Michael Sugar.

We can’t wait, it sounds like a dream team!

Bradley Cooper and Todd Philips will also be producing through their banner Joint Effort, with the help of Eric Bischoff and Chris Hemsworth himself.

Rather than depicting his entire life and career, the upcoming biopic will tell the story of Hulk’s rise to fame.

It has also been described as an “origin story of the Hulkster and Hulkamania”, according to The Hollywood Reporter, citing several sources.

Hulk Hogan, real name Terry Gene Bollea, was one of the biggest stars of all time in wrestling and could be seen daily on TV sets in 1980s America.

His championships-winning leg drops and star power into forays were often featured in movies, TV, video games and ads, as part of the World Wrestling Federation.

However, in 2015, he was dismissed from WWE after shocking footage showed the fighter making racist comments about his daughter dating a black man, including him using the N-word.

Hulk Hogan, however, returned in 2018 and is still a hero to many around the globe.

We bet Chris Hemsworth is nervous to fill his shoes!

Nobody would have guessed correctly the real age of this Singaporean...

Blind girl from The Philippines stuns the internet with her impressive...