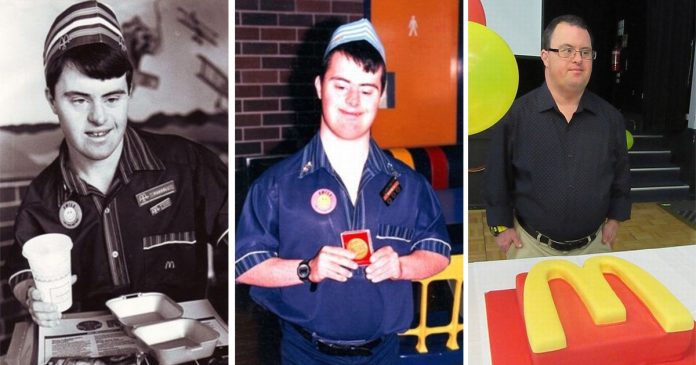 It’s always a blessing when you enjoy your job and stay with it for a long time with the same colleague that you can consider family. This one McDonald’s worker sure enjoyed his time in the francais when he finally retires after 32 years!

Russell O’Grady is a 50-year-old man with Down syndrome that worked with Australian McDonald’s since he was just 18-year-old. New Zealand Herald reported that O’Grady started working at the chain since 1986, after the government’s initiative was organized to help people with intellectual disabilities find a job.

O’Grady when he first started.

After getting hired, O’Grady spent his three days per week for the next three decades with cleaning trays, sweeping the floor and greeting people at the chain. However, he decided that retiring would be best for his current health and will now spend most of his time on his hobby, ten-pin bowling at the Northmead Bowling Club.

With his long career at the chain, O’Grady was dubbed as ‘the best-known person in Northmead’.

O’Grady father told the Daily Mail that his son has turned into some sort of local celebrity due to his job at the restaurant.

“People stop him on the street and shake his hand. He’s very affectionate, dearly loved and appreciated, to such an extent that we just don’t believe it.”

“We’ve got regular customers who come in to see Russell on Thursday and Friday, and the staff look after him, so we’re going to miss him,” said McDonald’s supervisor Courtney Purcell.

O’Grady decided that retiring is best for his health.

“I’ve actually met Russell before. He is a very hard working young man, always with a smile on his face. Congrats on the retirement champion,” a person on Facebook after learning about O’Grady’s retirement, as reported by Mirror.

“I used to be (handicapped) when I went to school, but now I work at McDonald’s.”

“It really helps him, he gets a lot of social interaction and makes him feel like part of the community. When I watch him work, every second customer will stop and talk to him. He’s got a huge smile on his face every time they come,” said the Jobsupport trainer Nikita Vandaru as quoted by the Herald.

McDonald’s must be proud to have such a dedicated worker. Congratulations on your retirement, Russell!

Daughter was called a liar until dad showed up in school... 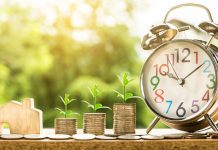 61-yo self-made millionaire shares 4 things he regrets wasting time and... 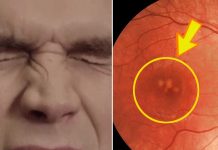 14-year-old thought he was playing with a ‘harmless toy’—eventually made him... 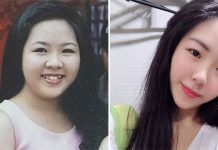 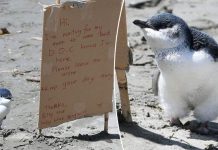