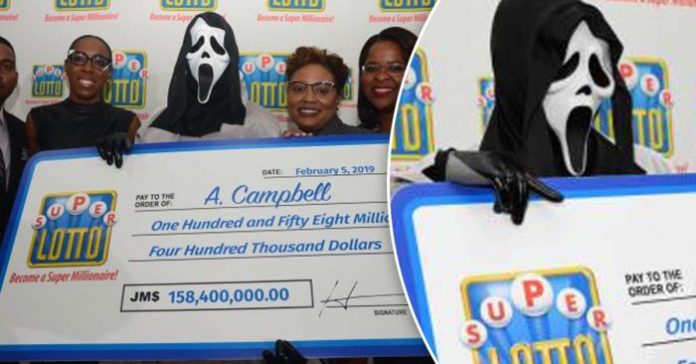 Winning a lottery is definitely one of the best things that can happen in your life, but this one man is not taking the risk of sharing it with anybody. Recently, one lucky man from Jamaica was announced as the winner of the $1.1 million prize winner and the way he turned up to claim his prize making people turn heads.

To avoid being recognized as the winner by his friends and relatives, the man known only as A. Campbell come claiming his million dollar prize wearing a white cape, black gloves and the mask from the classic film, Scream.

A new #SuperMillionaire just joined the club! A. Campbell is now officially a #SuperMillionaire. It took him 54 days to come forward and we started to get nervous, but we forgive him. After all, we'd probably feel queasy too after realizing we won!

Campbell made his memorable appearance as the Super Lotto winner at the Spanish Court Hotel in Kingston last week to collect his prize and actually took 54 days to muster up the courage to do it.

The lucky guy told the Jamaica Star that he felt sick for days after he won in November because he was thinking too much. Initially overwhelmed by his winning, Campbell recalled the moment he ran to his bathroom as soon as he knew that he won. 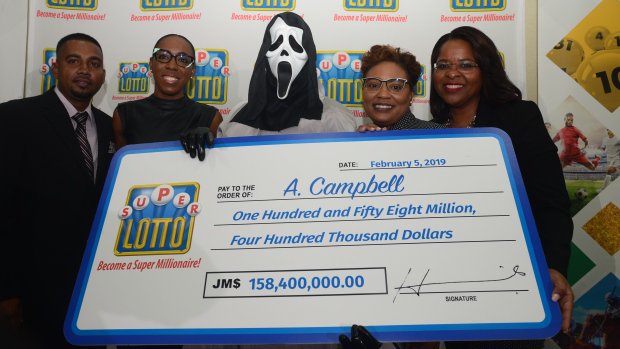 “I looked at my ticket and ran into my bathroom and said ‘I won! I won!’. From the day I found out that I won, I’ve been sick. My head hurt me for three days because I was thinking so much—if what I’ve been longing for really come true. I had a belly ache for two weeks. Sometimes I feel so much pain I forgot that I won.”

Campbell also said that he knew the deadline to cash out the winning prize was in February, so he just wanted to get himself together before he came forward. And when he did, he made quite an impression.

Thinking to buy a nice house, Campbell said he did think about how to spend the money.

“I like to handle money. I don’t beg, I don’t borrow. So I’m looking at things that can turn over the money. I have a little business, so I plan to make it bigger, buy an apartment. I love to have money.”

This is that happiness only a #SuperMillionaire knows about? pic.twitter.com/xjRxtModuR

Apparently, Campbell is not the first one that turned up wearing a mask because a woman who won the Super Lotto jackpot last year came collecting her prize wearing a winking smiley-emoji face. 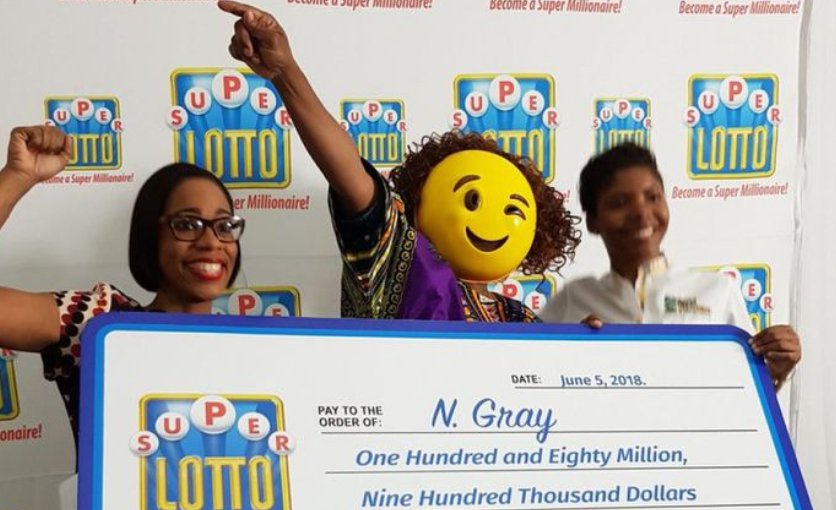 Congratulations! Definitely the best way to turn up without letting others know!