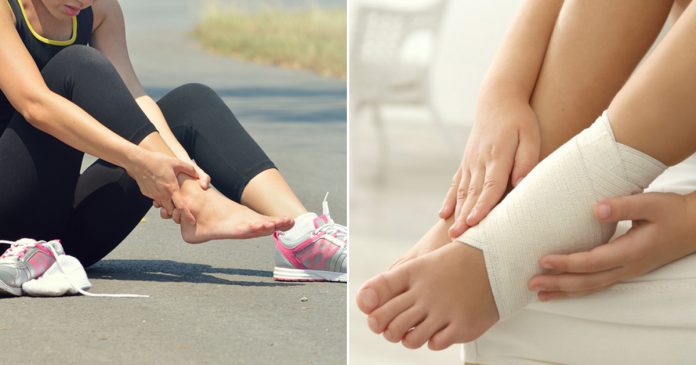 Chinese New Year is a time of celebrations and happiness, but this one female reporter in China tragically died a few days after she sprained her ankle.

According to China Times, the female reporter believed to sprained her ankle on the eve of Chinese New Year and went to the hospital for a check-up.

The woman took some X-rays but was told by the doctor that she did not have any fractures in her foot.

The woman was suffering from severe pain and her ankle was still swollen even after that. The pain was so bad and it extended to her calf and her toes felt numb. Few days later, the she fell into a coma and was rushed to the hospital.

After 12 days, the female reporter passed away—believed due to a pulmonary embolism, a blood clot that goes to the heart or lungs that could have been caused by deep vein thrombosis (DVT).

DVT can lead to pulmonary embolism when the blood clot travels up to the heart or lungs and one may experience symptoms such as having trouble breathing, coughing up blood or pain in the chest.

Just 12 days after spraining her ankle, the woman passed away.

While some might think that it is rather far-fetched, but a study in 2008 revealed that minor leg injuries that don’t require a leg cast can really increase the likelihood of DVT.

Hence, always make sure to pay attention to symptoms such as swelling, tenderness, cramps, redness or discoloration and veins that stick out when anyone you know is suffering from a minor leg injury.

Man experienced difficulty in breathing for constantly lying on the couch...