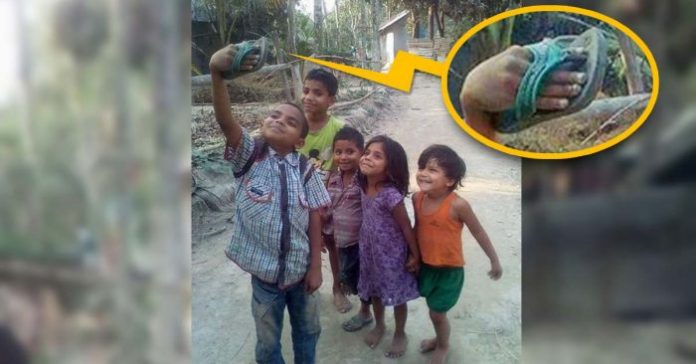 Taking a selfie usually means taking a photo of self with a smartphone. However, a recent group selfie ‘taken’ by five children in India has gone viral and captured the hearts of the Internet community the moment we realized that it’s not a smartphone that they are using.

From the photo’s background of coconut tree trunks and sandy pathway, it suggested that they were in a rural area and the bare-footed children were happily playing together. The innocent looks on their faces reminded us of childhood memories where we had fun and did silly acts with our neighbors and friends.

And it is so common for children to imitate what the adults do and what’s in trend.

At a quick glance, anyone would think that it’s a smartphone that the little boy is holding while they happily pose. 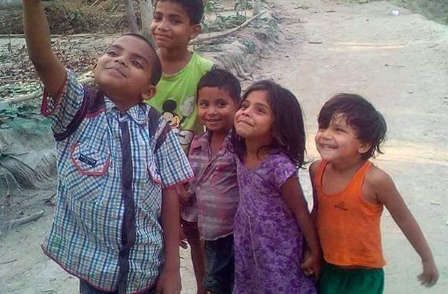 It only hit us that the little boy was actually holding a slipper after a double take! 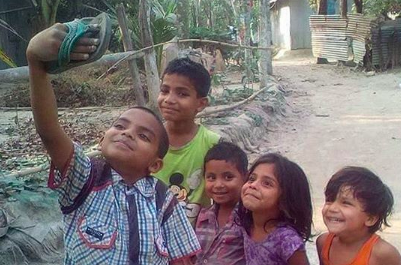 The little ones were contented even though it is not a real selfie that they are taking.

The photo went viral when famous Bollywood actor, Boman Irani, shared the picture on his social media account and wrote, ‘You’re only as happy as you choose to be. A saying that holds true for one and all!! And I’m sure this selfie deserves more likes than most.’

People’s hearts are touched by the message and has gained a lot of likes and wonderful comments from the community. 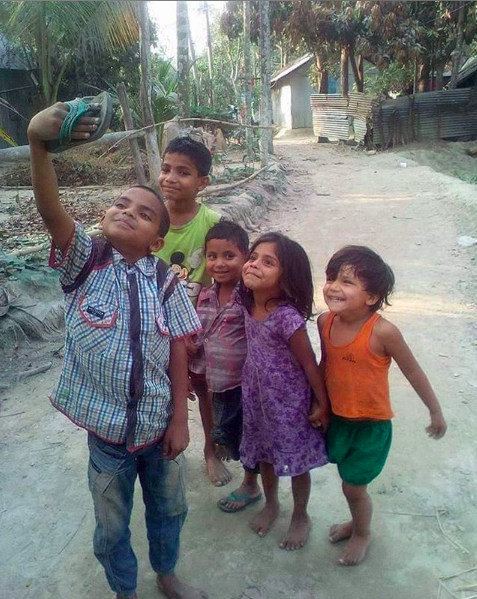 Many commented on how pure and beautiful the post was:

“This is heart warming.. world still survives somewhere in those happy eyes.”

“Nice to see how happy these Kids are. Indeed an awesome picture. Also brought tears to eyes. May God shower all blessings on them.”

“Slipper in the hand of boy clicking selfie matching with the slipper of the boy behind him. Is that boy handicapped??”

And then while there are also doubts about the authenticity of the photo, there are some who tried to defend it:

“They are all barefoot except for one who is wearing one of the slippers, the other slipper is in the boys hand. It is an optical illusion that the boys hand is bigger,but it is the comrade slipper of the little child.So Mr Bachan is incorrect ,it has not been photoshopped .”

Here’s a reminder to always be thankful for what we have in life and to be happy.