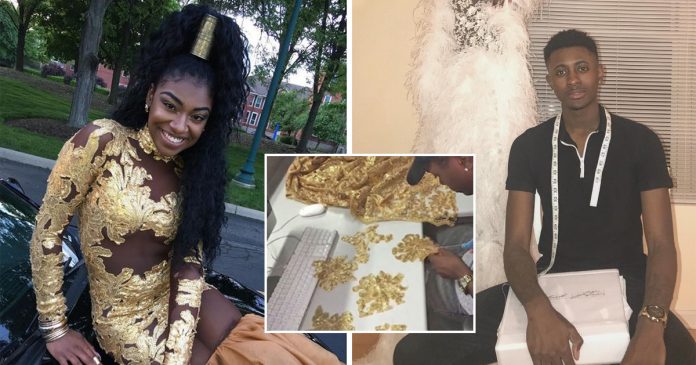 Being homeless is not the end of your life, and this guy is the living proof. From someone who has nothing and started from zero, Jimelle Levon from Columbus, Ohio now runs his own fashion company.

“Me and my mother lived in a shelter before, when I was in fifth grade. From there on, once I hit sixth grade, I was always a hard worker, either shoveling the snow or anything to gain money, because I didn’t want to be in the predicament anymore,” told Levon to WCMH.

Levon was having it hard, but he didn’t let that define him.

At a very young age, the 10-year-old Levon and his mother became homeless. They shuffled from one shelter to another and never really had a place they can call home at that time.

Despite how hard the life he’s going through, Levon never gave up and refuse to admit defeat. At the age of 14, the little boy started learning how to sew. It was unlikely for a boy to suddenly learn how to sew, but he did.

Last year was the life-changing moment for Levon. To celebrate his high school graduation, he created a stunning prom dress for his date.

With the inspiration he got from the film Coming to America, Levon made a suit for himself and a gown with gold appliqués for his date. 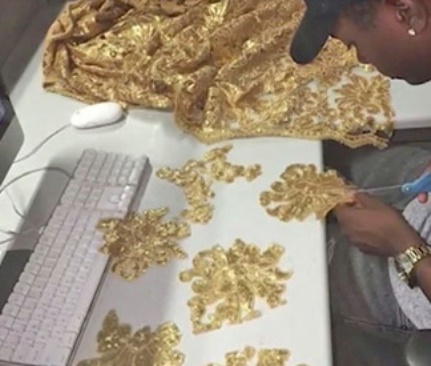 The beautiful gown caught the attention of Steve Harvey who later welcomed the young man to his show.

Levon and his date look dashing on their prom night! For his own outfit, he used the same gold leaves to embellish a blazer, which he wore over a ripped, white T-shirt and cropped khakis topped with a baseball cap.

Also dubbed as the prom dress king, Levon has now graduated from Clark Atlanta University and runs his own fashion company.

The young designer’s custom-made gowns sell for up to $450 each and even got a waiting list for those wanted to support this talented teenager.

Levon has now become a local inspiration to many but never stop working hard. He posted more of the amazing dresses that he made in his Instagram account.

What a talented young man! As long as one is not afraid of hard work, there are endless possibilities for the future!

Watch his interview in the video below: