Meet the new U.S. figure skating champion who is only 13 years old and the youngest in the nation’s history, Alysa Liu.

The rising star may be a teenage girl but she is the only American woman to complete three triple axels in a single competition.

In the competition, she performed to ‘Don’t Rain on my Parade’ by Barbara Streisand where she executed the triple axels.

“I was really happy because I did everything I wanted to do,” Liu said with tears of joy streaming down her cheeks. “I wasn’t really nervous. I was just really excited to compete here.”

Liu later gave the gold medal she won to her father, Arthur, to express her gratitude of what he has done for her. “He just helps me so much bringing me to the rink every day, and I think he puts in a lot of effort and he deserves it,” Liu told TODAY.

It is the toughest triple jump in figure skating. Nevertheless, she does not show any signs to stop at the current record.

According to TIME, the triple axel jump is the most difficult version of a jump and hence the most challenging. Even in the Olympic Games, only eight women have landed the triple axel, and two of them—Tonya Harding and Mirai Nagasu—are from the United States.

Currently, the youngest champion is practicing at perfecting her quadruple jumps.

Thank you to everyone on my team for making this dream come true!!! I also want to thank my supporters, family, and friends who have helped me through everything! I am honored to be the 2019 US National Champion 🙏🥇 Good job to everyone who competed and thank you to the competitors who made the spectacular show super fun!!! I appreciate all the support and gifts from all of the people who came to watch! ❤️

Liu will have to wait until 2022 to be eligible to skate at the Olympic Games before she is allowed to compete in world championships.

U.S. skating champion Alysa Liu may only be 13, but she confessed her sporting dreams to her idol and Olympic champ @Meryl_Davis.

Loyal dog seen shaking and tearing up next to the...

These 8 important etiquette rules are to remember when visiting a...

This funny cat makes a sound like Donald Duck when his... 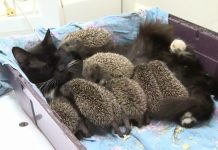 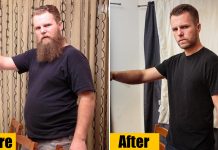 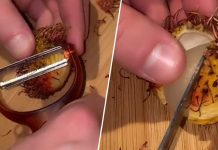 American guy uses peeler to open a rambutan—Asians are furious 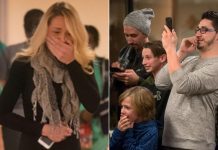 This cop canceled date night with his girlfriend and took her...