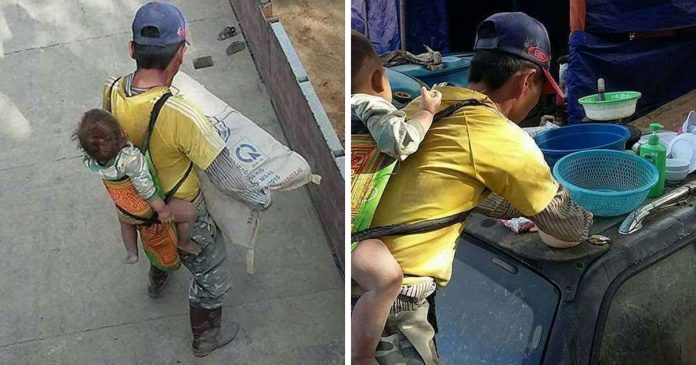 Huge portions of parents’ pay go to childcare services and there is no denying that the cost of raising a child increases year after year. However, for those parents who cannot afford to spend much, they do not have other options but to bring their child to work, like this hardworking father.

A Facebook post has recently gone viral after it shows several photos of a man working diligently while carrying his baby on his back.

The man whose identity remains unknown can be seen carrying a 50-kg heavy sack while his son is attached on a carrier on his back. 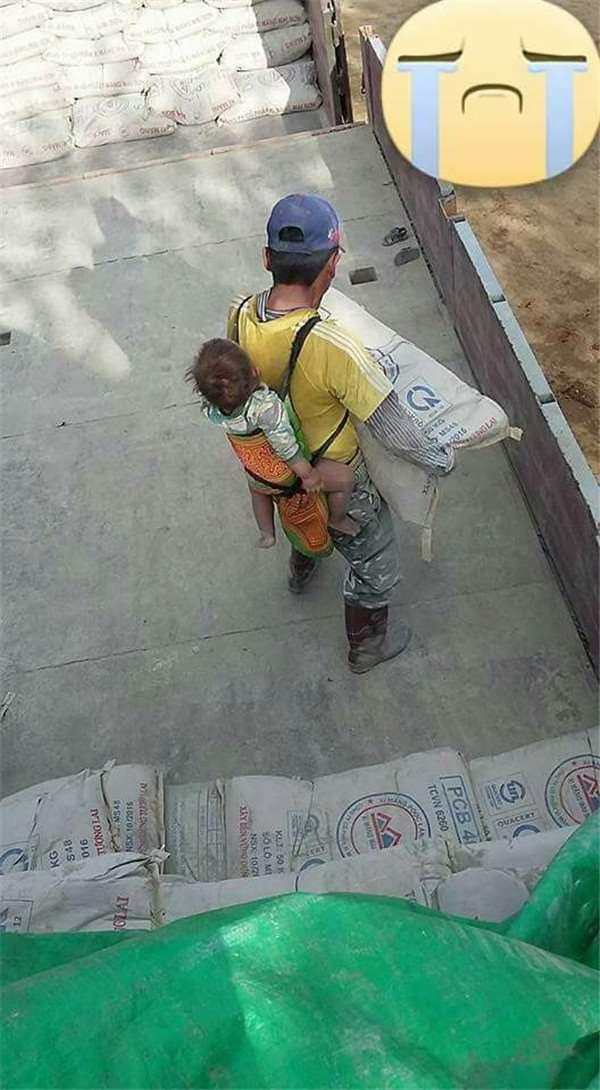 The photos, however, do not reveal the face of the man as he faces the huge pile of sacks. 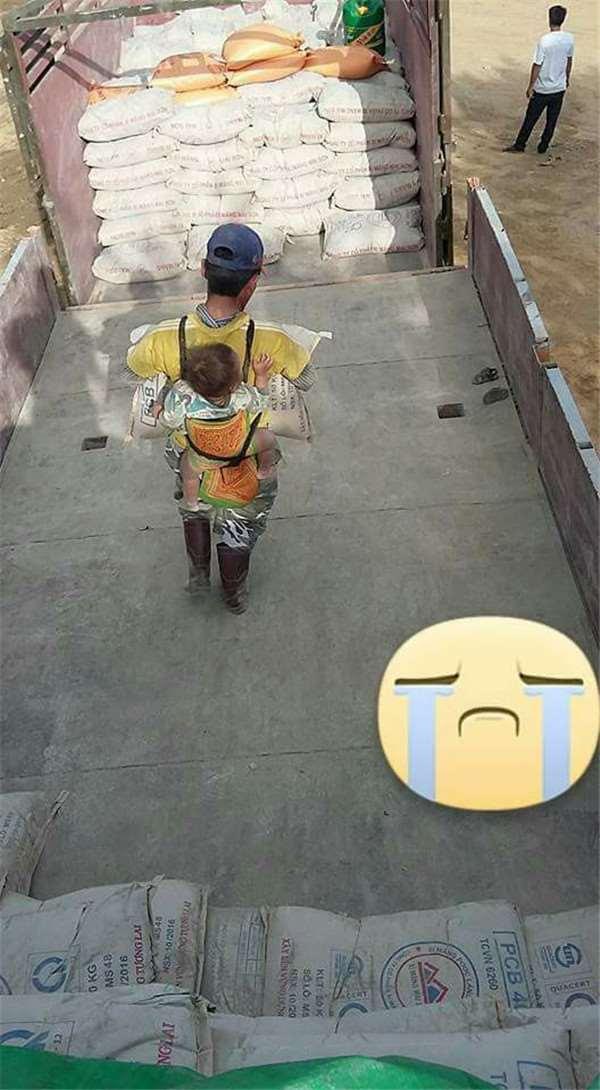 Providing a child with a sufficient and safe environment to grow up and play is apparently every parent’s priority but there are some working parents who just cannot afford to send their child to a costly childcare center.

Ensuring that there is enough food on the table has become a bigger priority just like this poor, hardworking father. 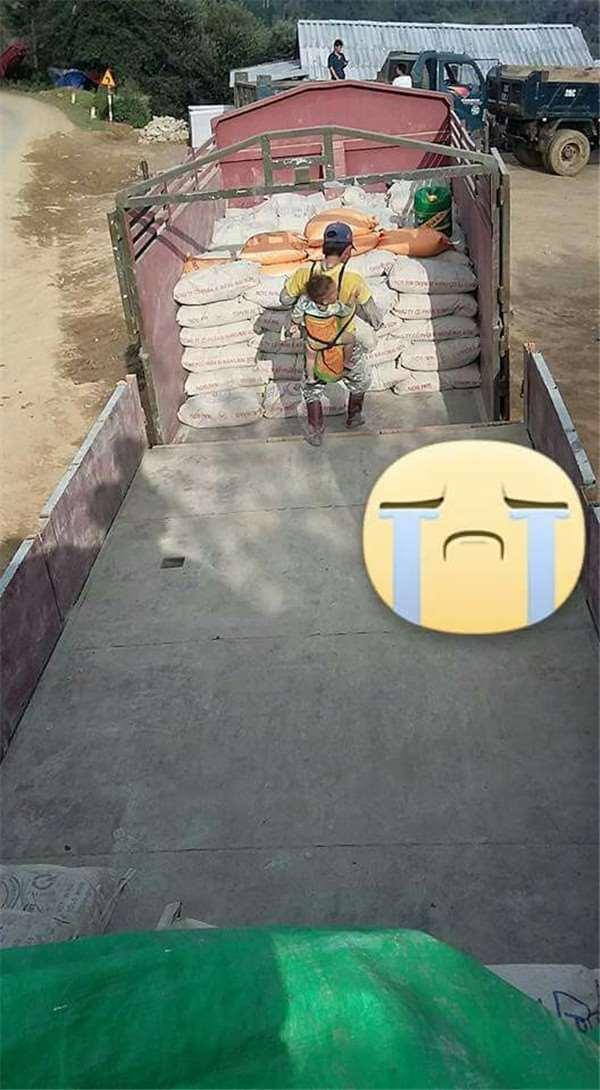 Working a full-time job and taking care of a child is never easy but it seems that this father is able to pull it off.

In spite of the apparent difficulty, the father continues to persevere for the sake of his baby son. 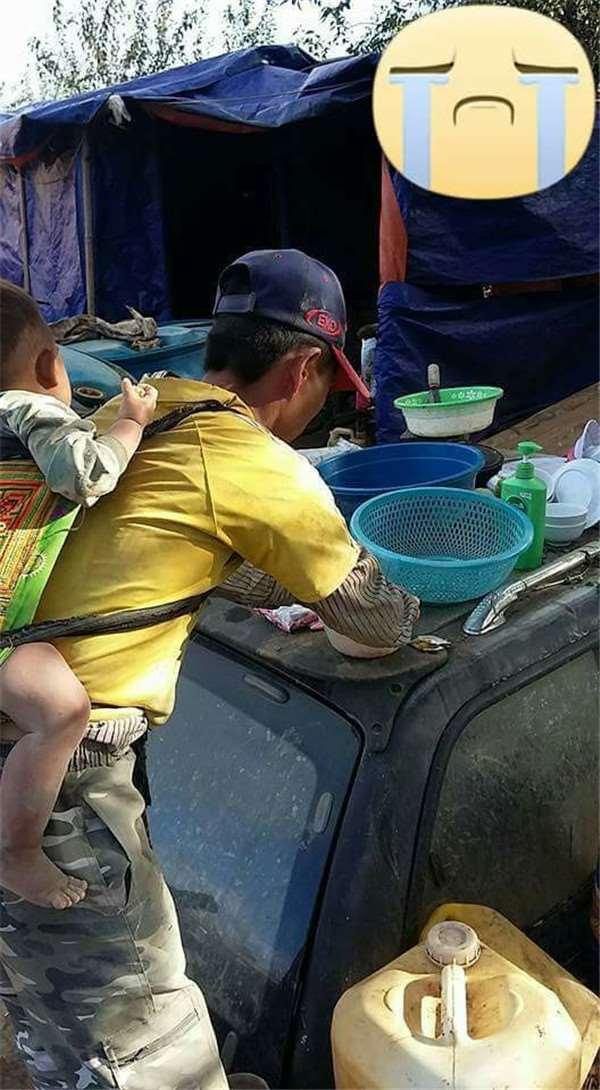 When the post became viral on social media, some users criticized the father for exposing the son to possible dangers at his working environment.

However, many other users defended him, stating that he might have no choice but to bring his son to work.

Whatever his reason was, we knew that he might have gone through a rough time and that he must have his reason to bring his son to work.