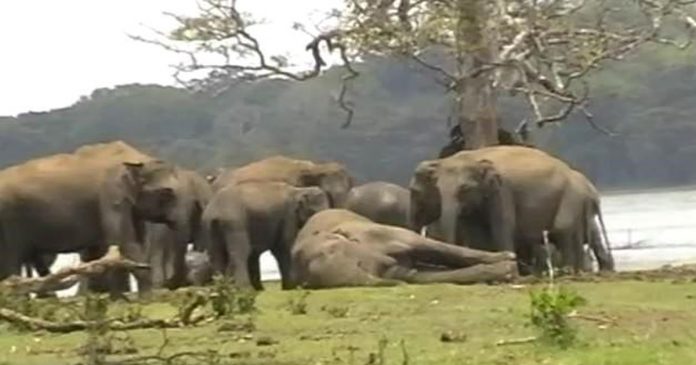 This tear-jerking video shows a large herd of elephants mourning over the passing of their leader near Kalawewa reserve in Sri Lanka.

While there are many instances prove that animals also feel joy and love, not many know that they are capable to feel sadness and distress as well.

As shown by the heartbreaking footage, nearly 300 elephants gather to pay their last respect to their former leader who was allegedly killed by a rival. 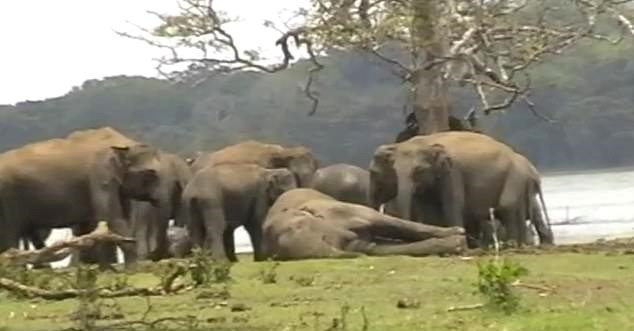 The dead elephant can be seen lying on the banks of a lake near Anuradhapura while tens of elephants gather around it.

The video also shows the elephants gather around the dead elephant silently as they mourn together.

A baby elephant can also be seen reaching out to the dead elephant with its trunk before returning to the herd. 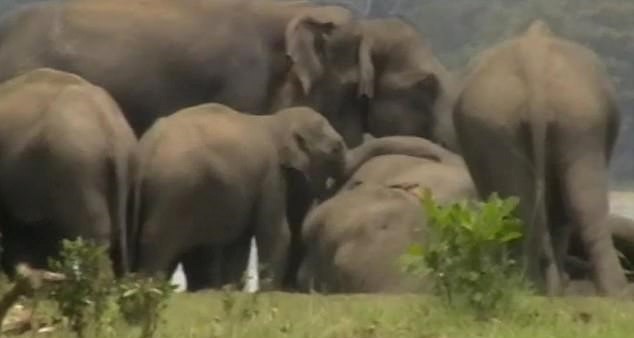 According to Daily Mail, the unusual sight also drew a crowd from the locals who flocked the scene to take pictures and videos of the extraordinarily huge herd of elephants.

Elephants are some of the animals that are known to mourn over their dead relatives by touching the carcass or covering it with leaves. 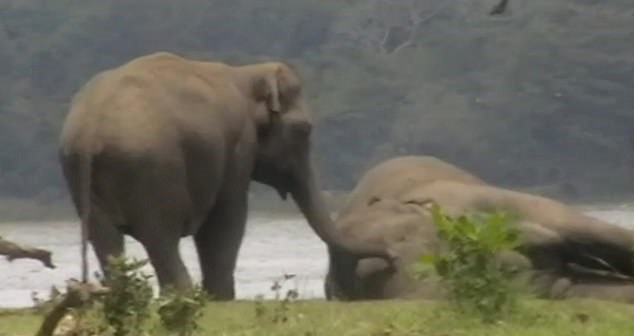 This was not the first time elephants were seen to display such behavior. Rare footage from National Geographic taken in 2013 shows similar sight at Samburu National Reserve in Kenya.

The footage shows several elephants gather around an old carcass of an old elephant called Victoria. It is reported that Victoria died because of a natural cause.

In the video, Victoria’s carcass receives last respect from her family members and also those who are not related to her.

While humans usually reserve the last respect for closed ones, elephants apparently grieve over the passing of their family members and also their acquaintances, according to a study done by Oxford University in 2006.

Elephants are also known to display sympathy and compassion to their sick and dying counterparts.