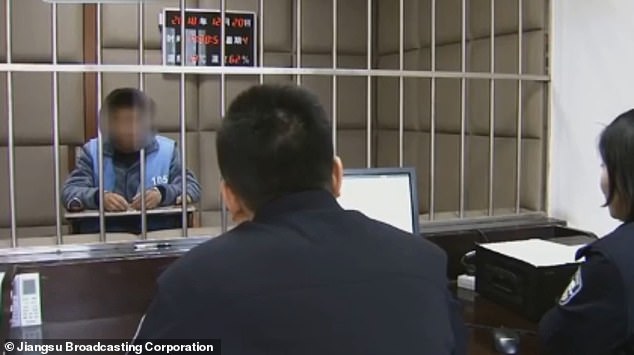 We’ve heard of people busted for having two partners at the same time all the time, but how about getting married to three women for years without getting suspected at all?

This 36-year-old property agent named Zhang from Jiangsu, China has been married to three wives in between 2015 to 2017 and had a child with each of them. What even more shocking, he arranged for the families to live just within a one-kilometer radius in Jiangsu province for his own convenience.

Due to poor record-keeping, Zhang managed to tie the knot three times by manipulating the system by marrying each of them in different provinces. Told the reporters that he didn’t realize marrying more than one woman was illegal, Zhang has been taken to court and now facing jail after his wives discovered each other. He could face up to two years in jail if found guilty.

Zhang married his first wife, Ren in 2015 and his second wife, Chen in 2016 in different provinces. He later married the third wife, Wang in her hometown in Anhui province in 2017.

Apparently, the crime went undetected as the civil affairs authorities of these provinces did not share a database.

Thanks to the booming market of property, Zhang said he was able to provide for all three families without any problem. But he admitted that juggling between the families left him ‘tired’ as he traveled between the three residential areas more than 10 times every week.

Zhang was discovered by his second wife, Chen after she became suspicious of his text between her husband and another woman. She later followed him on one of his ‘business trips’ and found the first wife after he arrived at a nearby residential area.

Chen decided to follow her husband after her suspicion.

Chen also discovered Zhang’s third wife—who was pregnant with his child after texting an unknown number that was constantly calling him. The shocking discovery led Zhang’s first wife to divorce him last year and the other two wives filed a report on him. Charged for bigamy, Zhang stated that he will be with any wife that forgive him after he gets out of jail.

Despite his infidelity, Zhang was said to be a caring and considerate husband as the second wife claimed that he would always help her wash dishes after dinner.

Did he really expect any of them will forgive him?