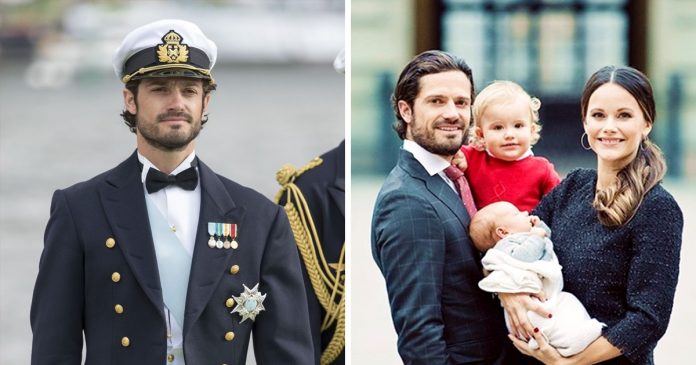 When talking about princes, most people are familiar with Prince William and Prince Harry of the British royal family but not many know about this Swedish prince. 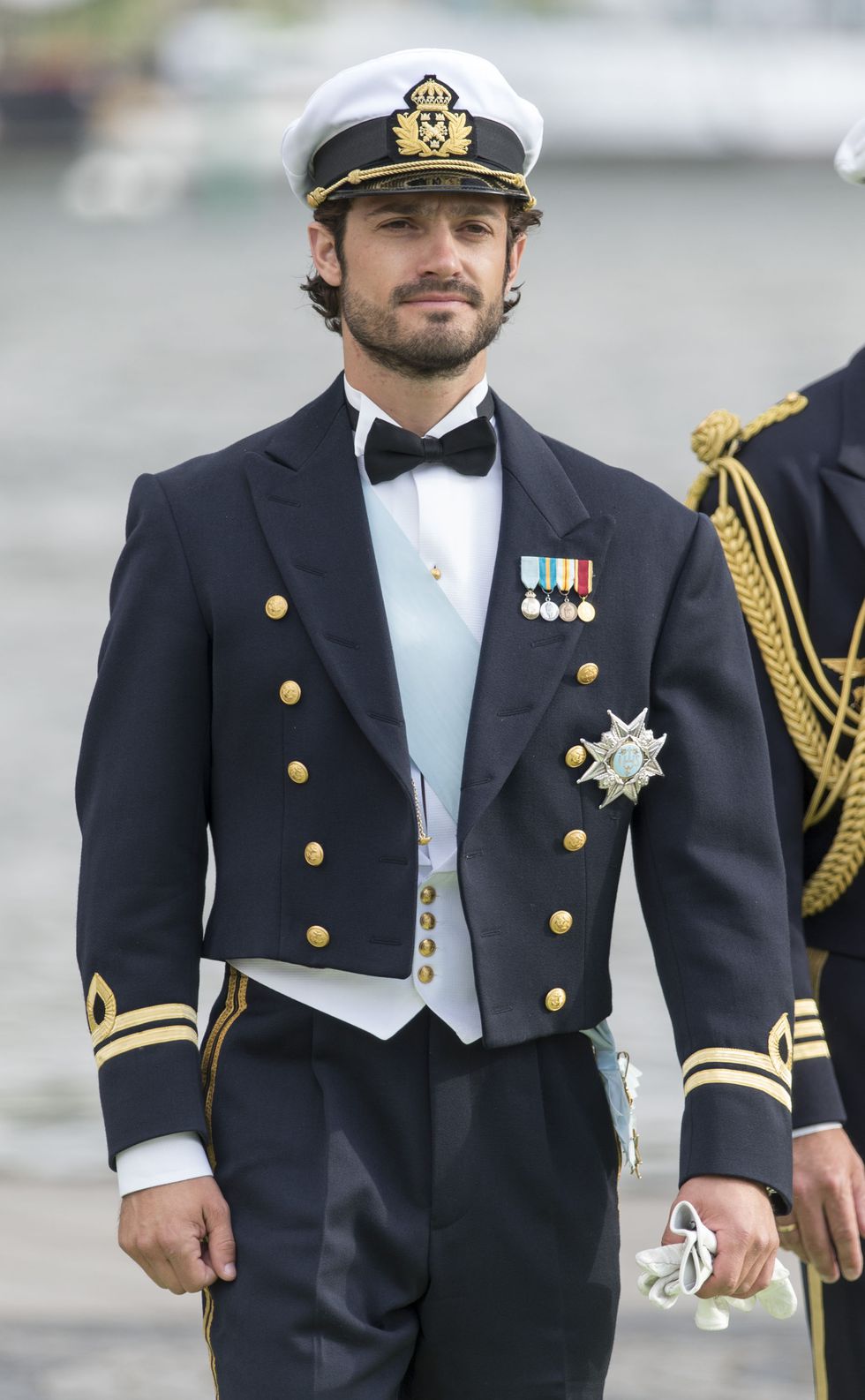 Deemed as one of the most handsome princes in Europe, these are Prince Carl Philip’s facts you need to know.

1. No longer the successor of the throne

Prince Carl Philip was the first heir to the throne from birth until he was 7 months old. As Sweden changed the decree in 1980 to make natural birth order the basis for succession to the throne and not using male son as priority heir to the royal family, he is now fourth in line of succession, after his older sister Crown Princess Victoria, his niece and goddaughter the 6-year-old Princess Estelle, and his nephew Prince Oscar. 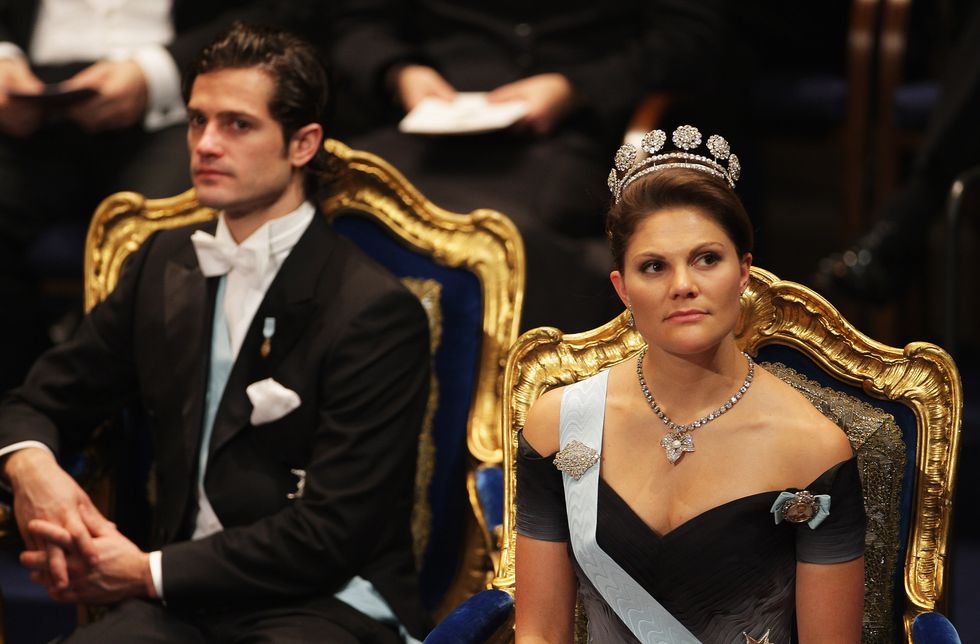 The prince and his mother, Queen Silvia. 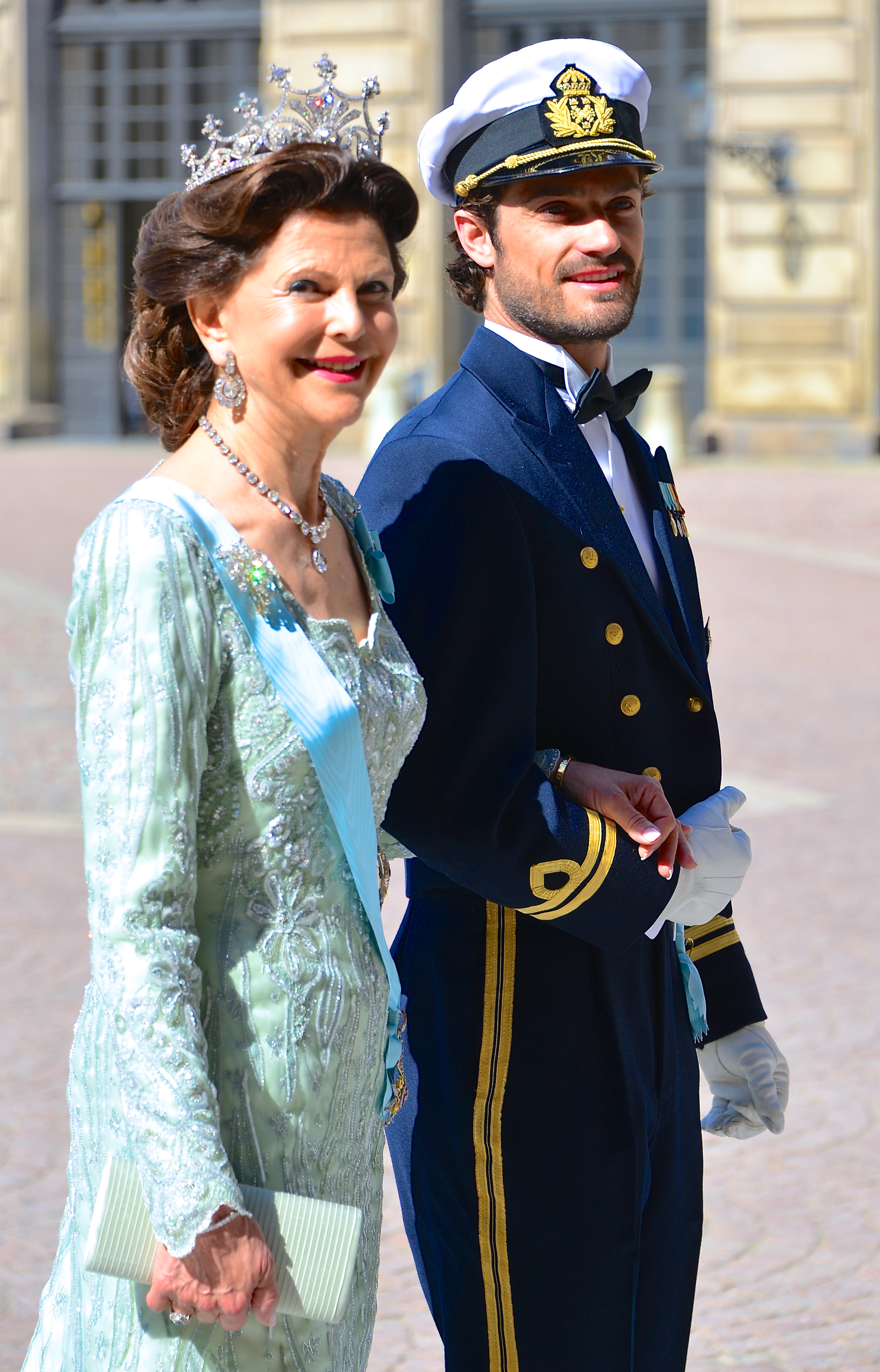 Well, I definitely see the resemblance! 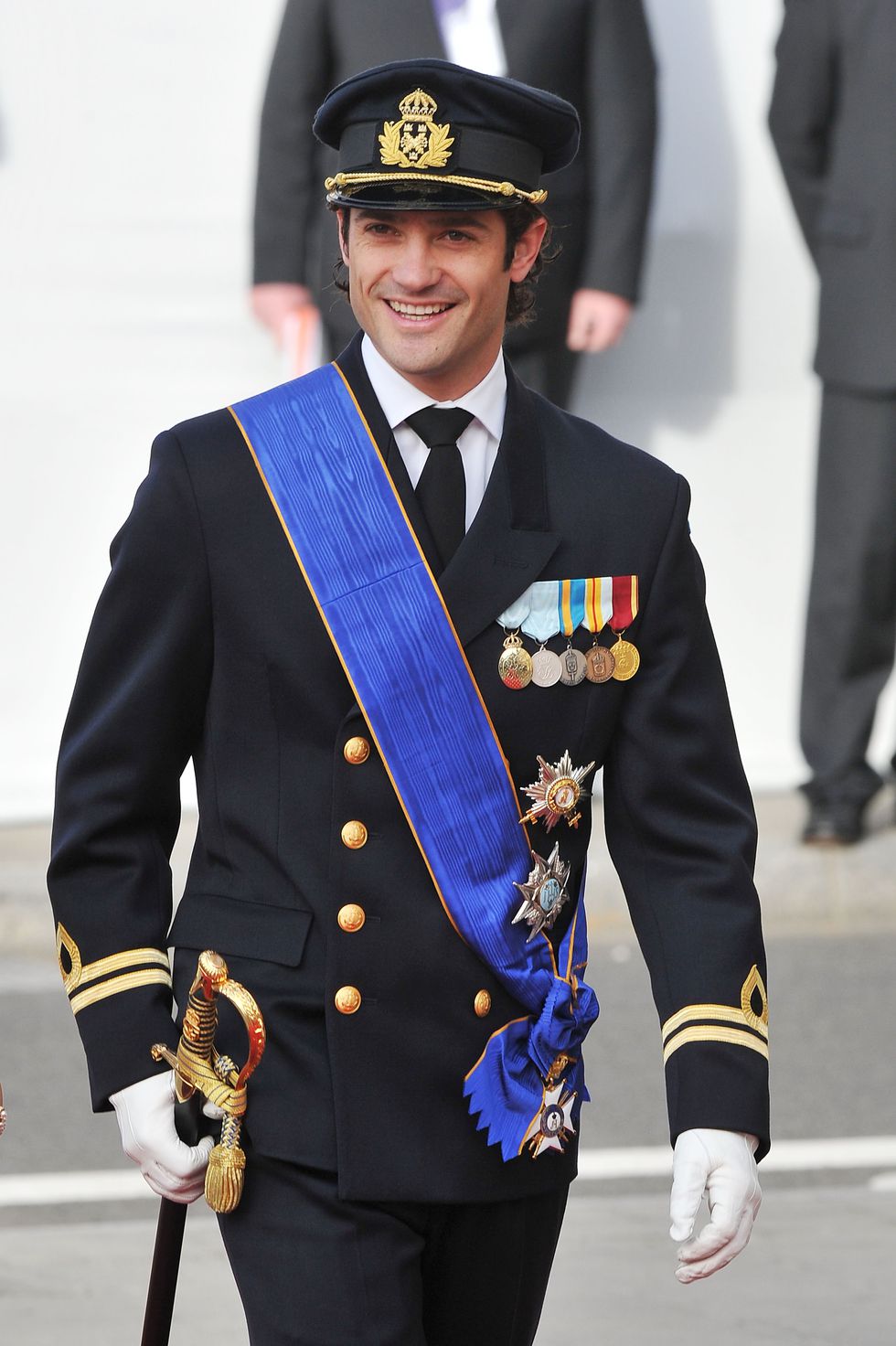 3. Inherited the spirit of the Vikings

Just like Prince Harry of England, Prince Carl Philip also received his professional military training. He was trained by the Swedish Navy and appointed as Kapten. Kapten is a professional military rank in Sweeden obtained by employed military personnel after one year as löjtnannt and completing 40-week course. On October 2014, the prince achieved the rank of major.

Looks dashing in his army suit.

Prince Carl Philip in a helicopter.

In April 2010, Prince Carl Philip was linked with a former glamour model and reality television contestant, Sofia Hellqvist. In August 2010, Royal Court spokesperson confirmed the relationship between Prince Carl Philip and Hellqvist in a statement released by the palace and the couple got married on 13 June 2015.

The couple on their wedding day.

Princess Sofia was said to be not welcomed by the royal family, but Prince Carl Philip clarified that his family happily accepted the former model.

Not long after their marriage, Princess Sofia gave birth to a son, Prince Alexander on April 2016. A year later, the couple was blessed with their second son, Prince Gabriel on August 2017.

Just like their parents, the princes were born with beautiful round eyes.

The couple with Prince Alexander and Prince Gabriel.

Prince Carl Philip not only trained in the Navy but also as a professional racer! With professional racing license to compete, he has taken part in the racing series Porsche Carrera Cup Scandinavia in a Porsche 911 GT3 and raced in the Scandinavian Touring Car Championship since 2013.

He participated in a few racing events.

Prince Carl Philip revealed that he is dyslexic and was horribly mocked online for misreading a name of a winner in a competition a few years ago. The backlash he received inspired him to go public with his condition and set up a foundation to help others with dyslexia in 2016.

Princess Sofia shared that her husband’s confidence has grown in recent years and now been reading bedtime stories to their two sons.

The couple in a meeting for the dyslexia foundation.

After the end of his naval training, Prince Carl Philip first studied design in Stockholm. He did his internship at the National Geographic Society and went to Rhode Island School of Design for one year to further his study. That time, he participated in a competition to develop a design program for Martha’s Vineyard Museum and won the first prize! Interestingly, he used pseudonym in the competition to prevent the news from coming out.

In 2011, the prince finished his studies in Agricultural and Rural Management at the Swedish University of Agricultural Sciences in Alnarp.

To make use of the knowledge that he learned, Prince Carl Philip co-founded a design company Bernadotte & Kylberg focusing on Swedish elements to produce living utensils and woven fabrics.

10. Intimate approach in his work

Besides abundance issues he needs to address every day, Prince Carl Philip takes his work very seriously. In 2017, the prince went to the Swedish pavilion at Hong Kong Business of Design Week and expressed his support to new Swedish designer.

The prince during his time in Hong Kong.

He attentively listened to each detail. 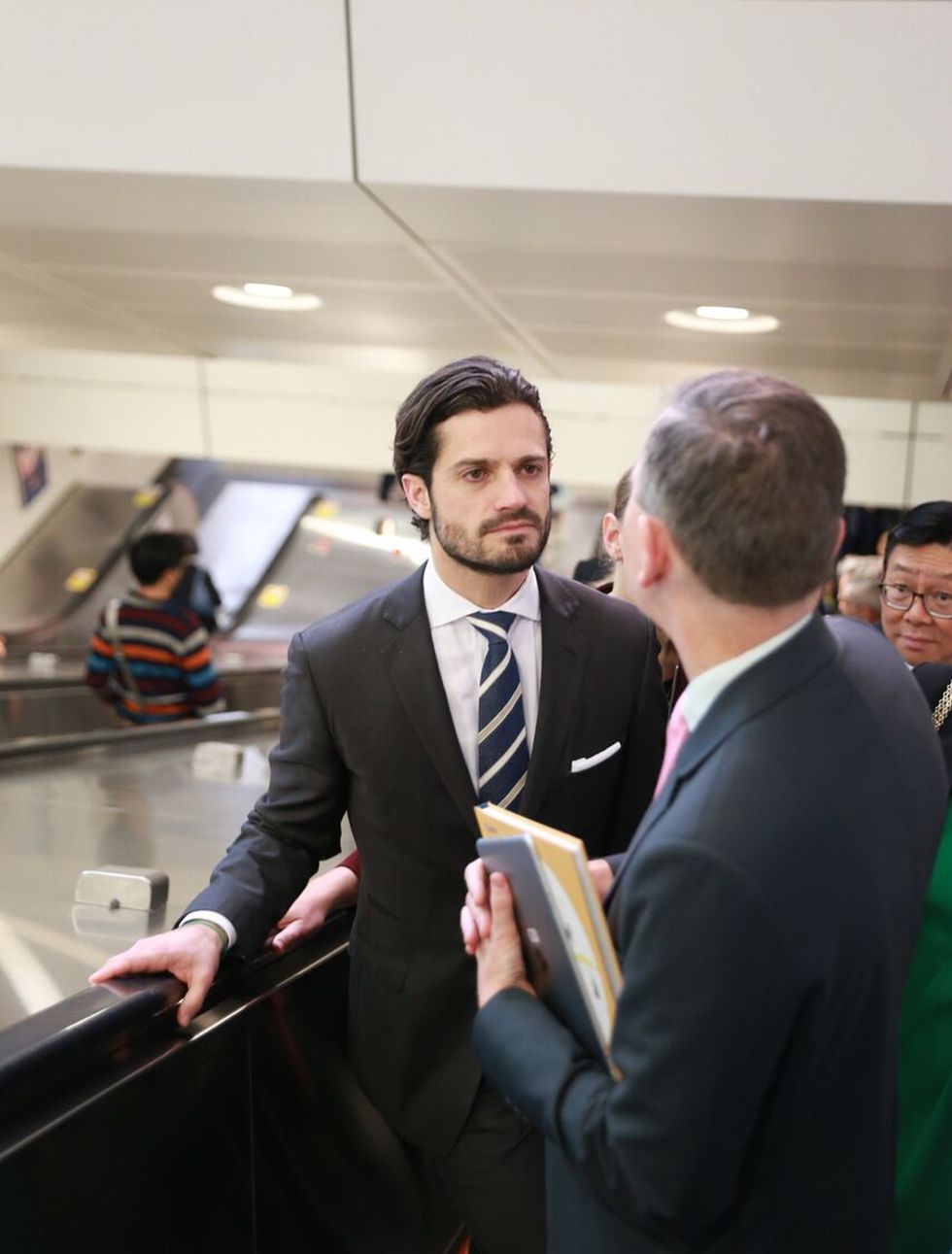