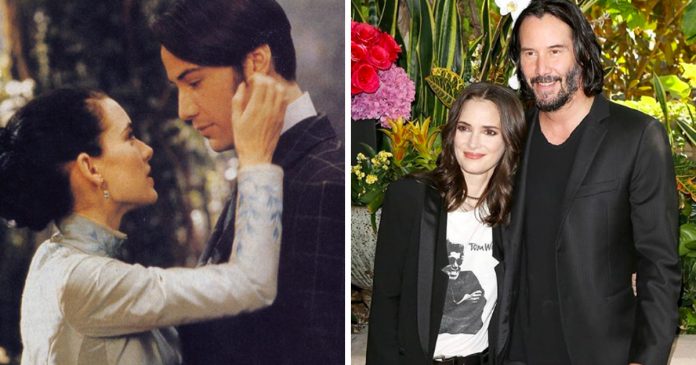 Keanu Reeves and Winona Ryder have both admitted that they still have the hots for one another over 30 years after they first met!

The Hollywood stars both shared the feelings they have for each other during a joint interview with Entertainment Tonight, where they discussed the time they first met in 1998.

“We presented an award at the Independent Spirit Awards back when it was in a room with folding chairs,” Winona, 47 recalled.

After describing the moment they met, Winona made the shock confession.

Award-wining American actress Winona admitted she still has a crush on him, after all this time! Aww!

“Well, I had a pretty, pretty big, healthy crush on this guy,” she said.

“I had a big, healthy crush on you, too,” Keanu replied, to which Winona told him that her crush is “still raging, trust me”.

Keanu, 54, continued to gush over Winona’s good qualities, saying that she has a “sense of humor, intelligence, mind, view of the world, beautiful heart, beautiful spirit,” and is a “damn fine actress”.

The adorable duo also jokes that they’re married in life, after it came out that a real priest was recruited to film their wedding scene in Bram Stoker’s Dracula (1992).

The pair has starred in four films together so far, including Destination Wedding (2018), The Private Lives of Pippa Lee (2009) and A Scanner Darkly (2006).