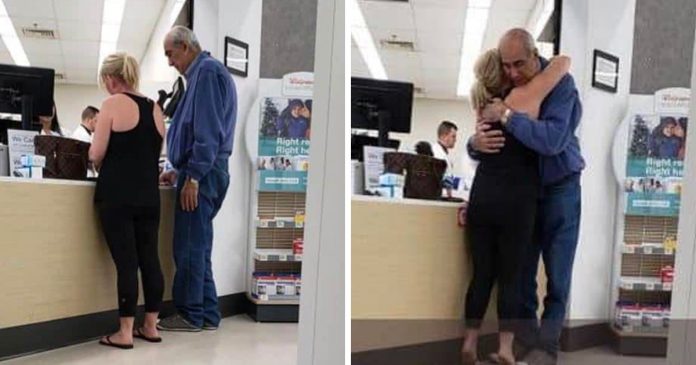 Not every day can you witness a random act of kindness happening right before you, but this one woman was lucky enough to witness an amazing gesture from a  kind soul who paid for a complete stranger’s medication bill.

It all started when the woman overheard a conversation between the pharmacist and an elderly man when she was sitting in Walgreen’s, close to the pharmacy. The old man was there to collect his medication but looking a bit worried somehow.

The old man was at the pharmacy to collect his medication. 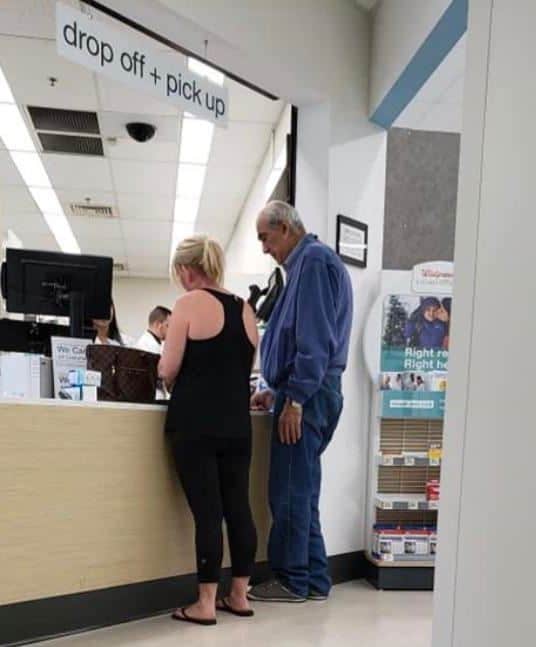 “Okay, I just saw the most amazing thing today. I was waiting for my prescription at Walgreen, and I noticed this man is picking up his medicines. He is asking how much they are and starting to get nervous about the price. The total was $170 and the pharmacist asked if he would rather only get one month of his medicines instead of 3,” shared the woman on her social media.

It turned out that the man wanted to collect three months worth of medication but he came across an issue. The pharmacist told him that the total medication will cost him $170 and the only problem was he didn’t have enough money for that. That forced him to check if he could have the medication for one month instead.

Then came an angel in disguise to help him out. 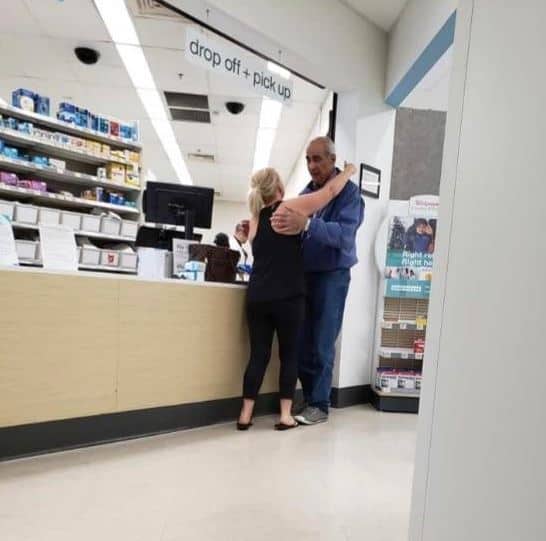 Most probably heard the conversation by chance just like the other woman, a good Samaritan who happened to be in that area suddenly offered to pay for the old man’s medical supplies so that he doesn’t need to go without it.

“This lady next to me walks up to them and says “No, he is getting all three months” and pays for his bill. I was walking out of there with tears in my eyes, what an amazing woman.”

The old man was extremely thankful for her kind gesture and gave her a hug. 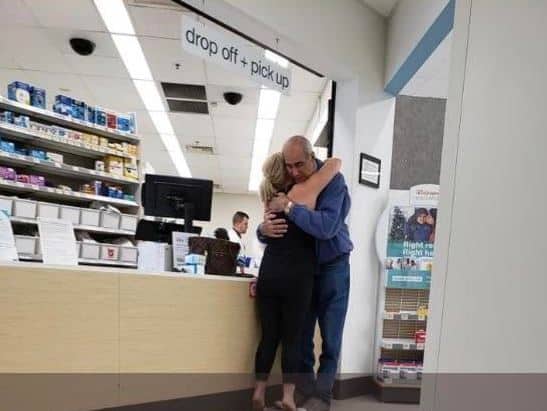 The old man was obviously a complete stranger to her, but that woman is willing to go an extra mile just to make sure he got what he needed. The woman who saw that took the touching scene to her social media and the good news spread everywhere. That kind woman’s simple act of charity touches hearts of thousand online and making many cried for her generous gesture.

Such an amazing lady!