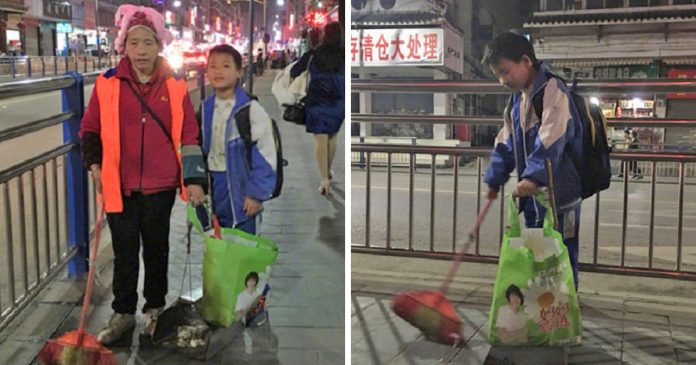 Looking at his mother exhausted mother and knowing that it would be already very dark by the time she reached home, this 11-year-old boy knew that he had to do something.

Long Guotao, a schoolboy has been gaining attention and won hearts of many in China after photos of him helping his cleaner mother sweep the street spread on the internet.

Long went looking for his mother to help her sweep the street. 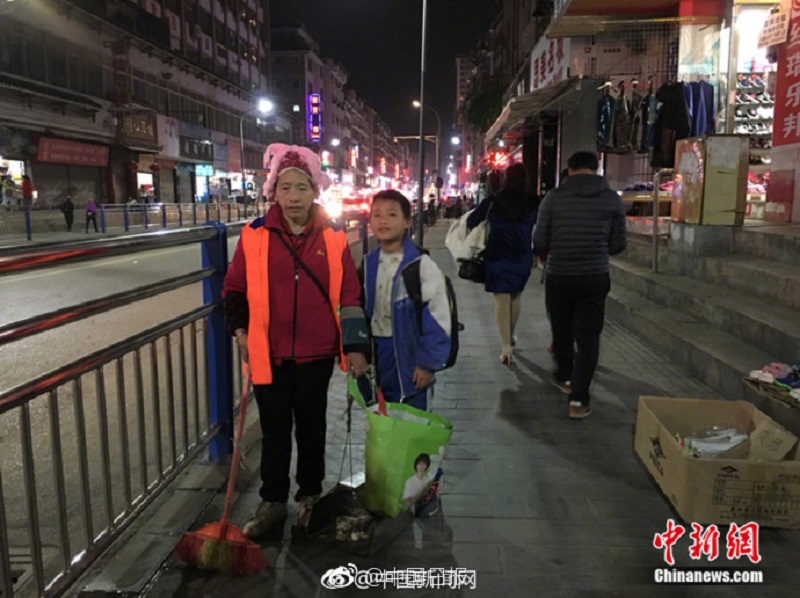 Wu said that Long started to help her sweeping in March. They initially planned to meet in an area where they could buy him a new schoolbag, but instead Long suddenly turned up at the place Wu was cleaning, took the broom off her and started sweeping the street.

“He would often come and help me. In the past, he would always deliver my meals on the weekends and help me clean a bit before he left. Sometimes when he finished sweeping, he would also help me pick up water bottles and bits of paper from the ground. The work is really too hard for someone so young,” Wu told the news website.

Wu rested nearby when his son offered to help her sweep the street. 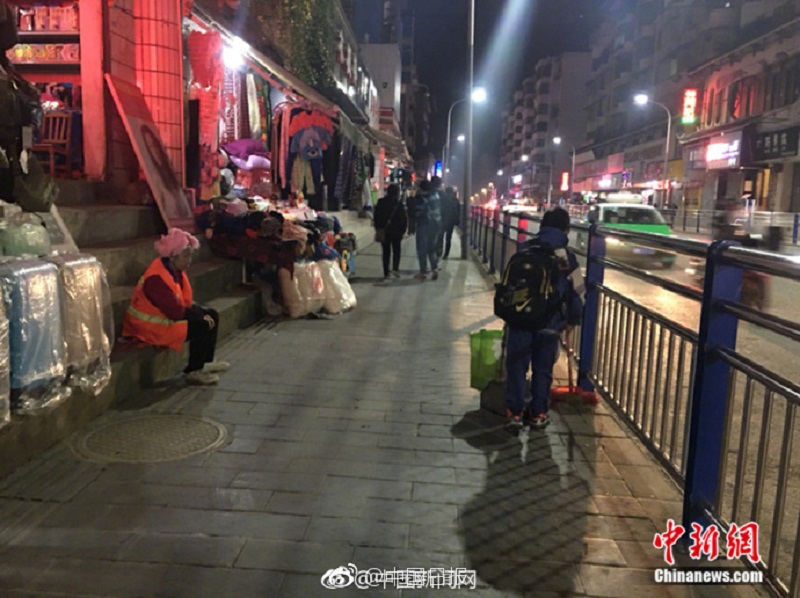 Long’s kind act towards his mother first gained attention when a passerby posted the photos of him on Weibo, China’s Twitter back in March. The photo shows Long sweeping the main street in Kaili, in southern Guizhou province while his mother rested nearby. The photos have since hit online and Long has been receiving a lot of praises for his filial piety.

“He is truly a great boy,” said Wu about his son.

“Every day I have to go out at 5 am to clean the streets, and by the time I finish dumping all the rubbish, it is already very dark. My younger son saw that it was exhausting for me, so he would regularly come out to help.”

Many people touched by his kind gestures towards his mother. 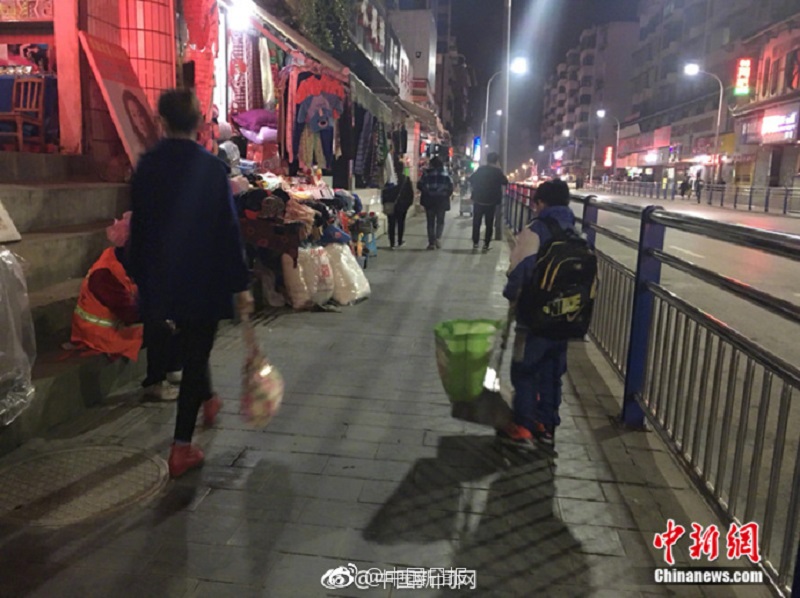 However, Wu wished that her son would spend more time studying. 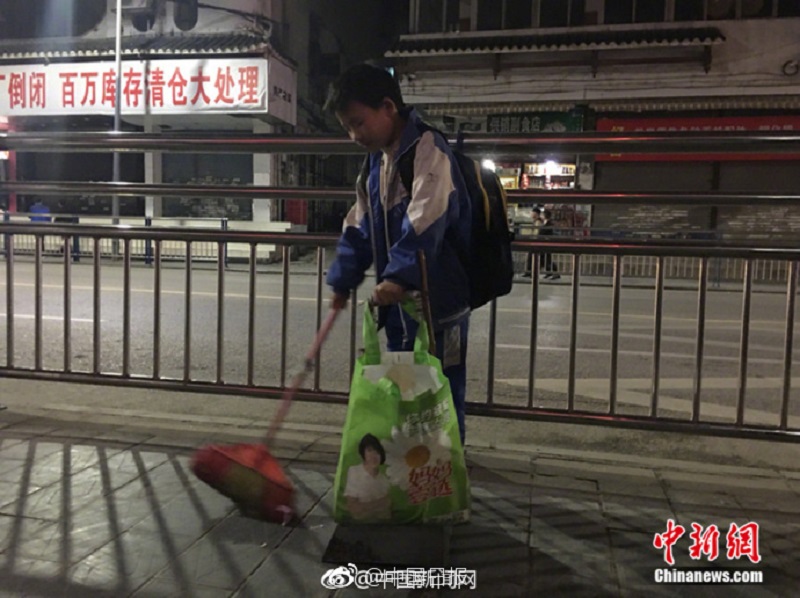 “His grades haven’t been good recently. I don’t let him come and help me now so that he can spend more time studying at home.”

But Wu believes that it has also provided a valuable lesson for her son and Long now helped to tidy up at home and always put his rubbish in the bin.

Such a filial son!