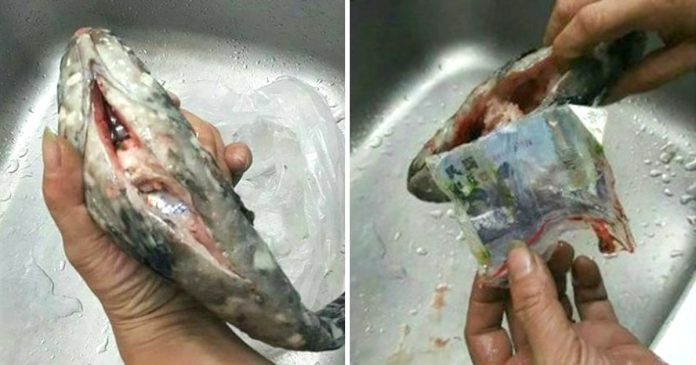 When some people are just happy to be able to buy fresh fishes for their meals, this man in China can’t be happier when the fish he bought comes with extra money!

It all started when the man spent USD 20 to buy quite a small fish in the market and criticized by his family for spending that much money for a fish of that size. As he already bought the expensive small fish, he figured that there’s nothing he can do besides preparing the fish and cooking it.

The man started to cut the fish. 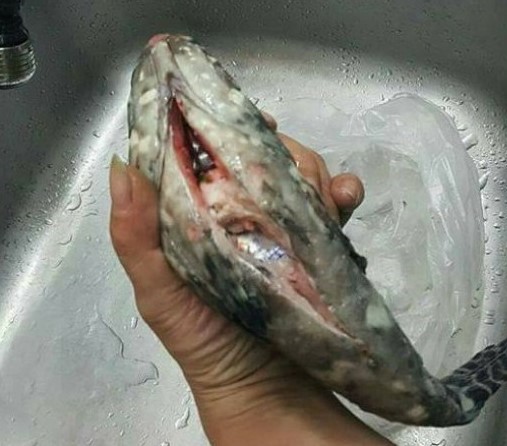 When the guy was cleaning the fish gut, he was panicked to find something he never expected once he cut it open. Too shocked, he even screamed, making all the family members gathered in the kitchen.

“After cutting the fish, I saw a small blue plastic inside its belly. It looked special so I’m quite panicked,” said the man.

He took the plastic out. 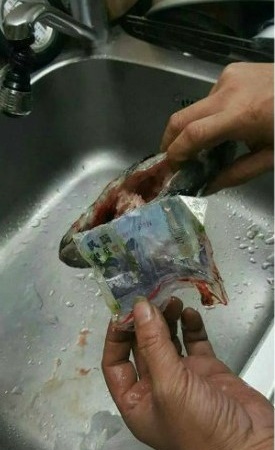 When he pulled it out, that small blue plastic was actually transparent plastic with money in it! The fish must have accidentally eaten the plastic in the sea and nobody would have thought that the amount of money he spent on such a small fish actually brings more money to the family. 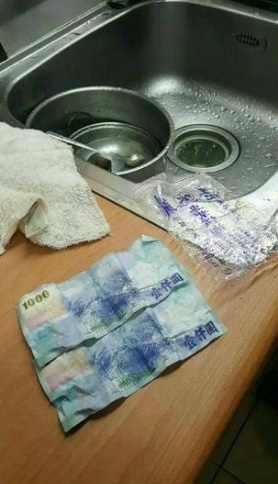 The members of the family were overjoyed after finding out about the money but the man decided to keep the money he found inside the fish belly as a keepsake. He wanted to take it as blessings for his whole family.

Woman who suffered a traumatic incident shared photos of her maternity...