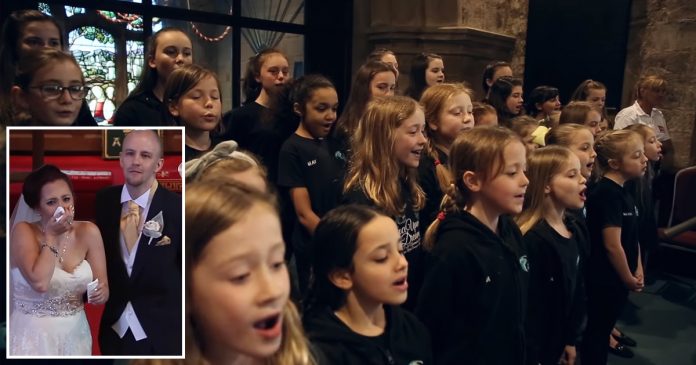 Liz who works as Dance and Musical Theater teacher at Jaykays Dance Company in Warwickshire, UK is adored and loved by her students. So, when they found out that Liz was getting married, the students decided to make her wedding day even more special.

In the video which has made multiple rounds on social media shows Liz standing at the altar in a gorgeous wedding gown.

Standing next to her is her newly married husband, Ollie and the two look like a match made in heaven as they are holding their hands before the priest. 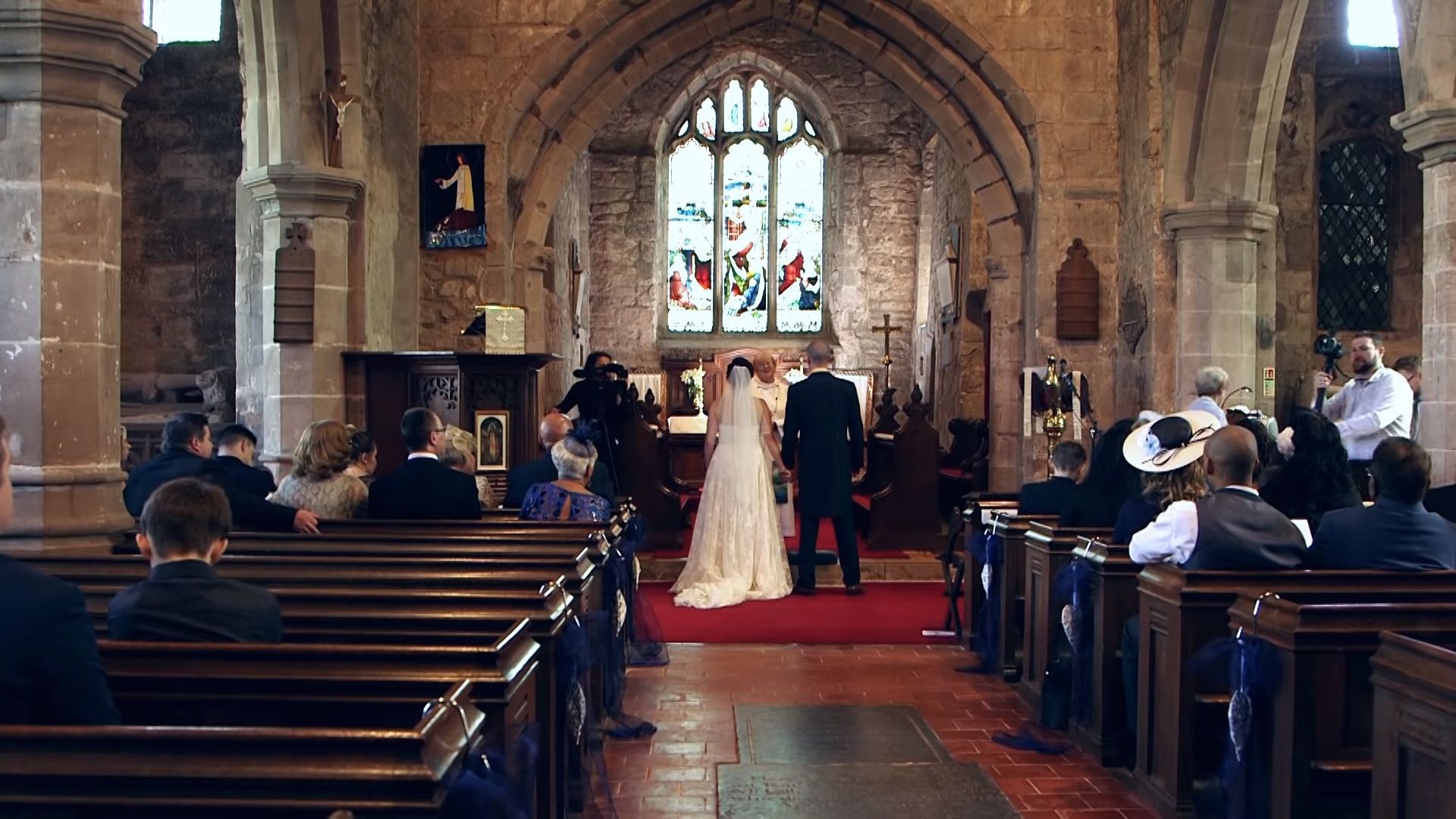 As she is about to exchange vows with Ollie, a romantic piano rendition of Christina Perri’s “A Thousand Years” plays in the background.

Liz who thinks that the piano piece is a part of the music background does not suspect anything until Ollie told her to turn around. 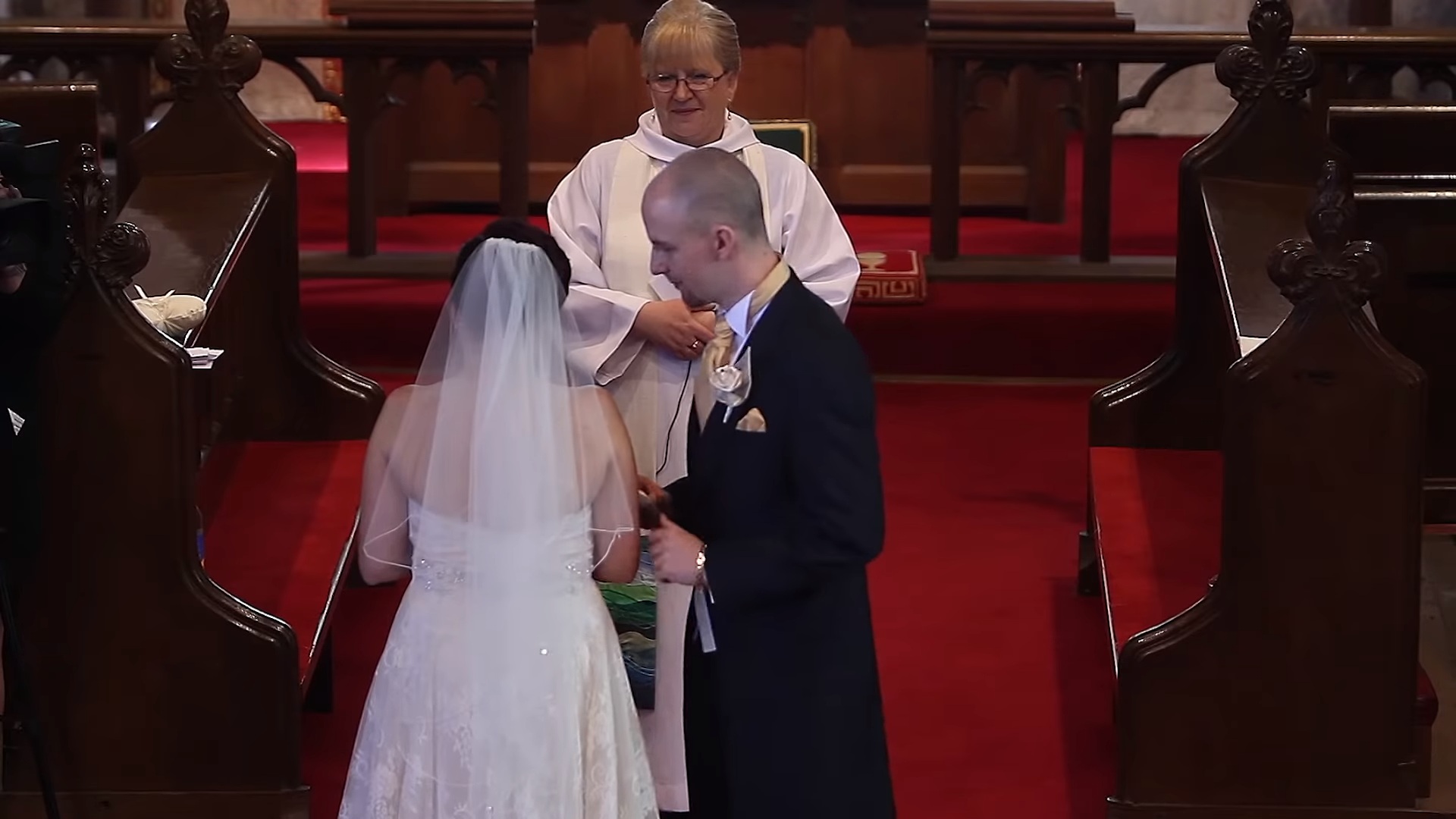 As soon as she turned back, Liz gasps in disbelief.

To her surprise, all of her students are standing on the balcony, singing the lyrics to “A Thousand Years” in unison! 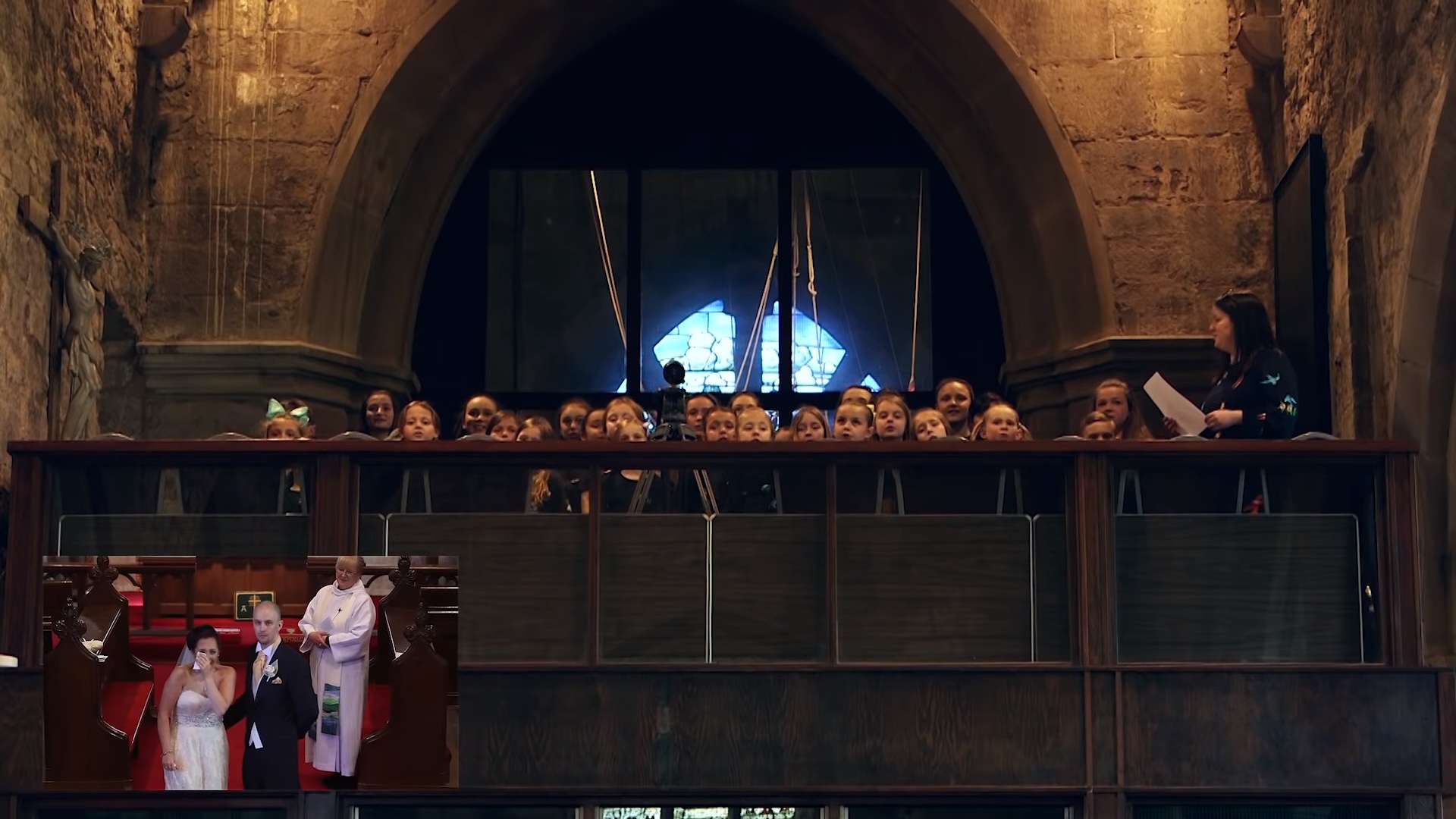 Apparently, Ollie who knows how much Liz treasures her students has teamed up with Jaykays Dance Company and her students to give a performance on their wedding.

Prior to the wedding ceremony, the students hid in the bell tower. 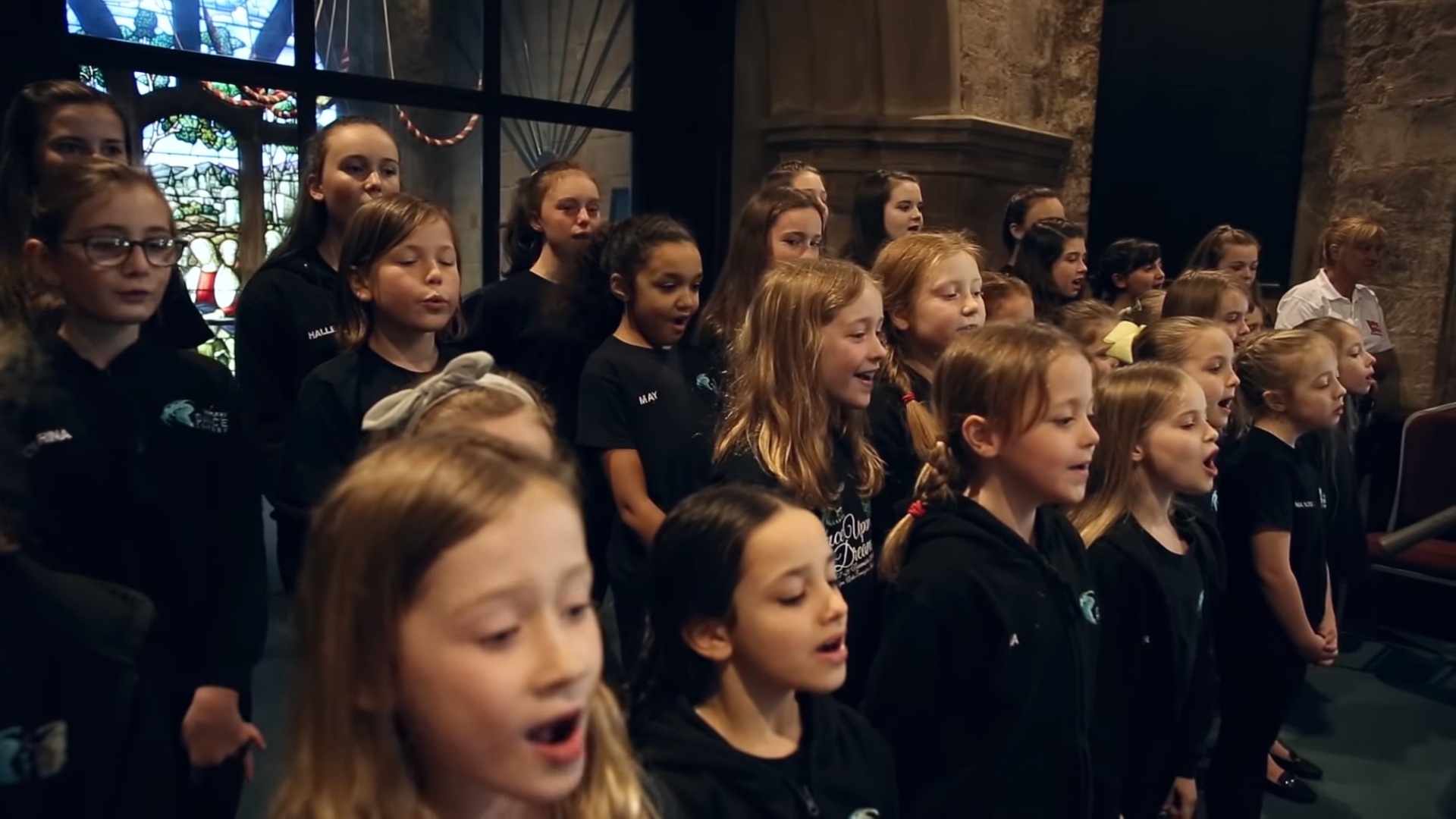 Liz who does not expect the wonderful surprise burst into happy tears as she is overwhelmed by emotions when the students perform on the balcony. 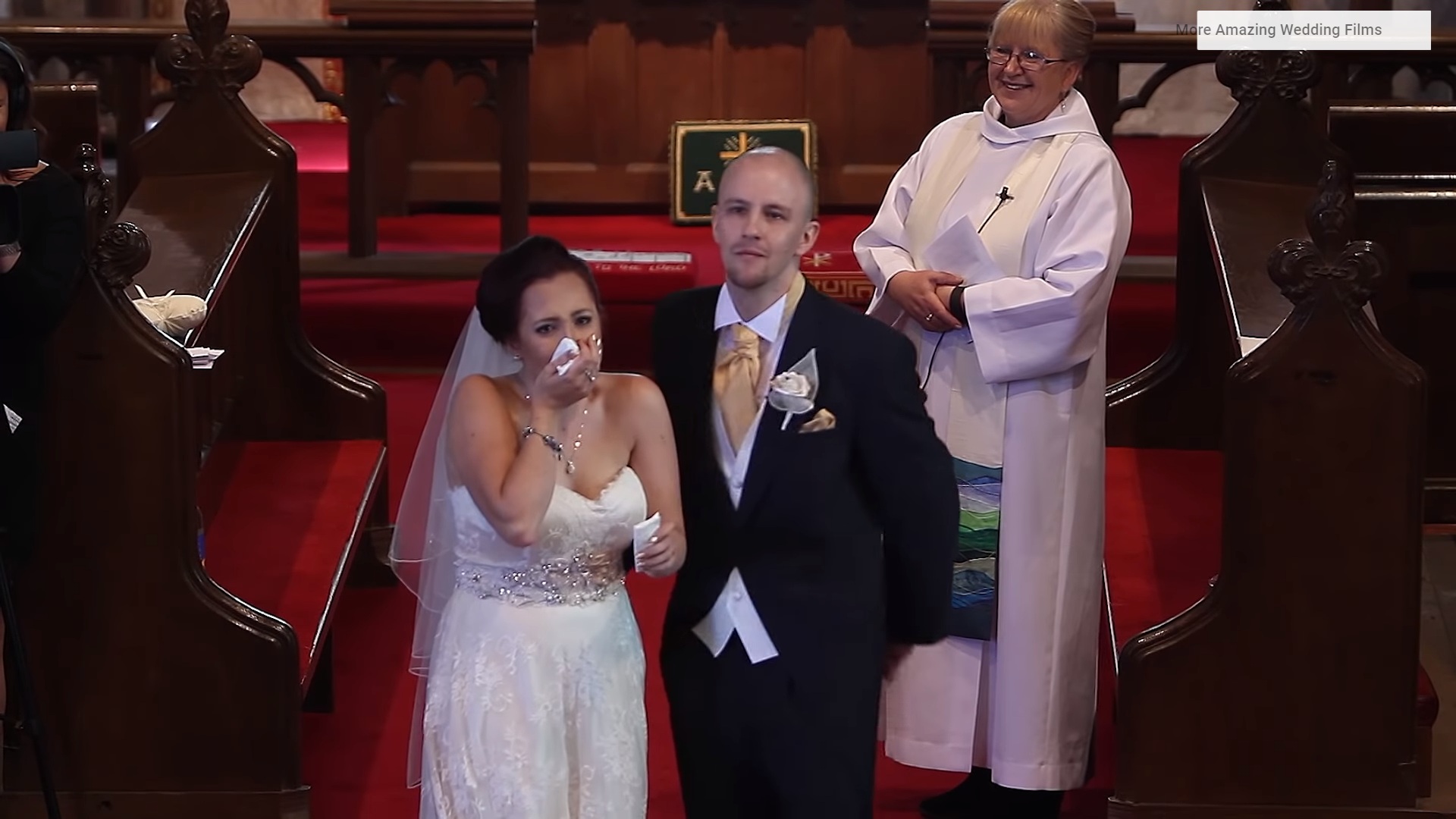 It is safe to say that Liz is totally touched by the thoughtful gesture that her students and Ollie show on her big day and there is nothing that could replace the memory.

The video which was posted on YouTube quickly attracted millions of views. As of the time of writing, the video has been viewed over 6.5 million times!