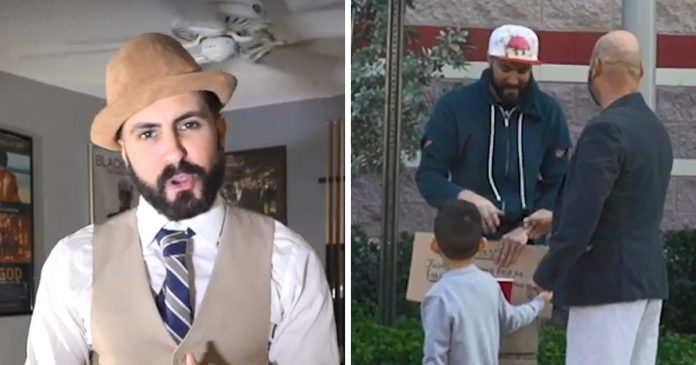 When two women passed by Brian Breach holding cardboard asking for a little bit of help to feed his ‘family’ for last holiday season, they never thought that they would get $100 each in return for the food they offered to him.

That was what happened on the street outside a local Target in South Florida last Christmas.

It began when Brian Breach, a content creator, decided to remind the world that what goes around comes around and there is never a loss when one does good to someone else.

Breach who is also an entertainer and entrepreneur set up a social experiment in which he dressed up as a homeless man asking for help from the locals as they passed by. 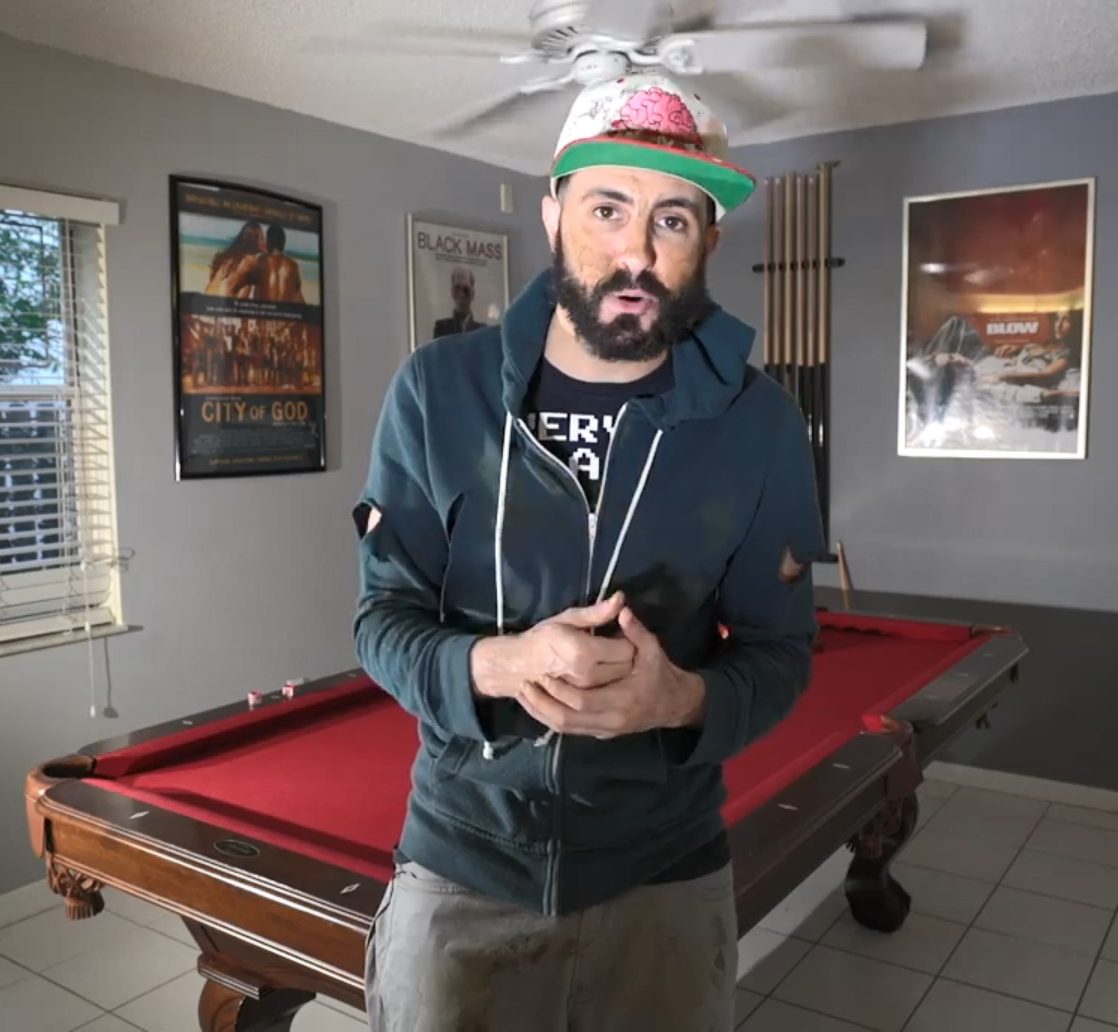 For the social experiment, he held cardboard which written that he needed a little bit of help to feed his family.

“Homeless. Just need a little help to feed my family through the HOLIDAYS,” the cardboard wrote.

He did not expect much but he was hopeful to remind everyone that the world was not all negative.

“There are more positive and helpful people in the world even when you don’t think that’s true,” Breach said in an interview with Yahoo Lifestyle.

“Every day, all you hear are negative stories, so it leads you to believe the world is a horrible place. It has its negativity, but I feel there’s more good than evil.” 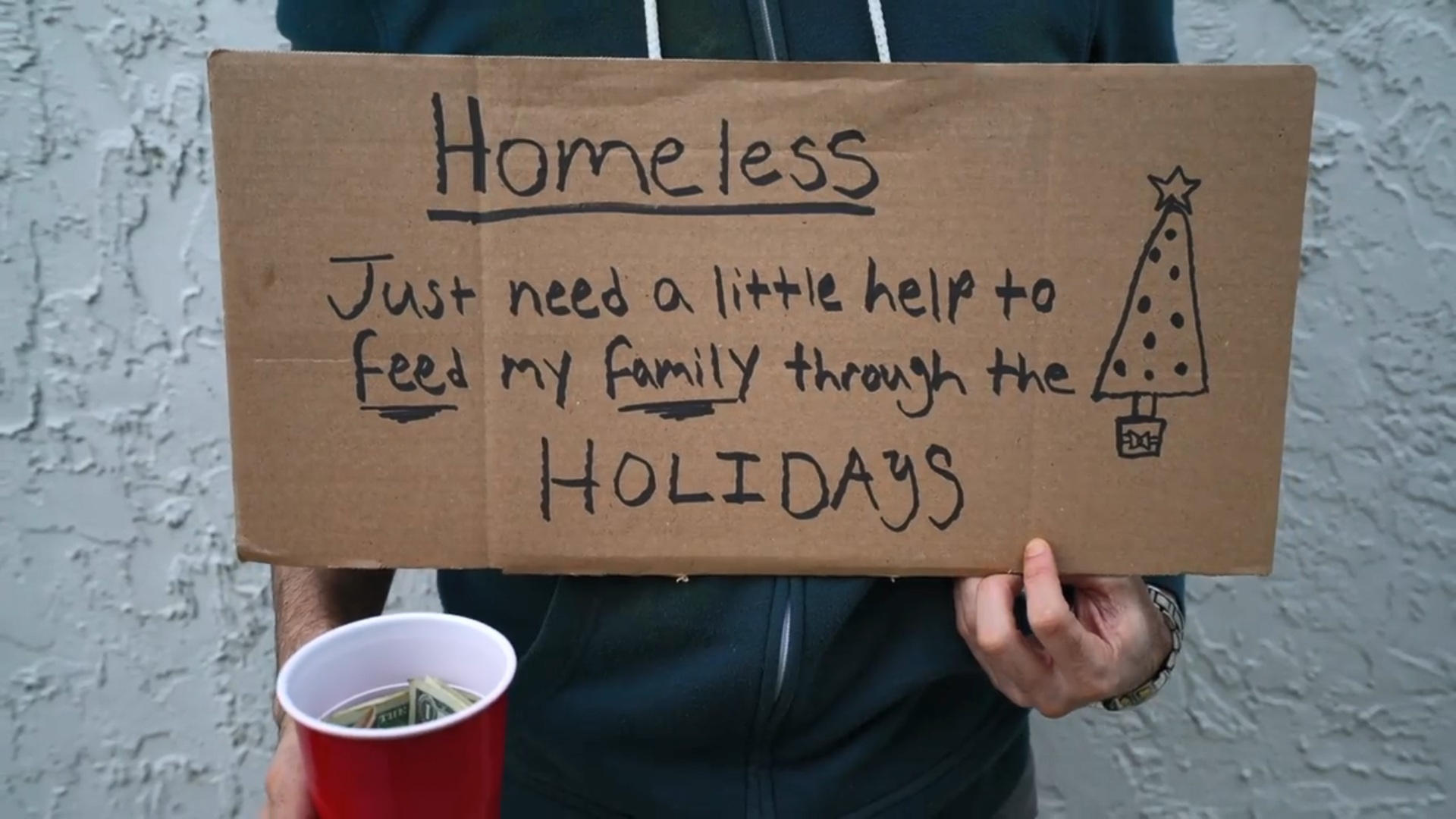 In the video, Breach can be seen getting approached by families and individuals who sympathize with his ‘situation’.

Two women offered him some food and also a young boy whose father took the chance to teach his son the importance of giving to others. 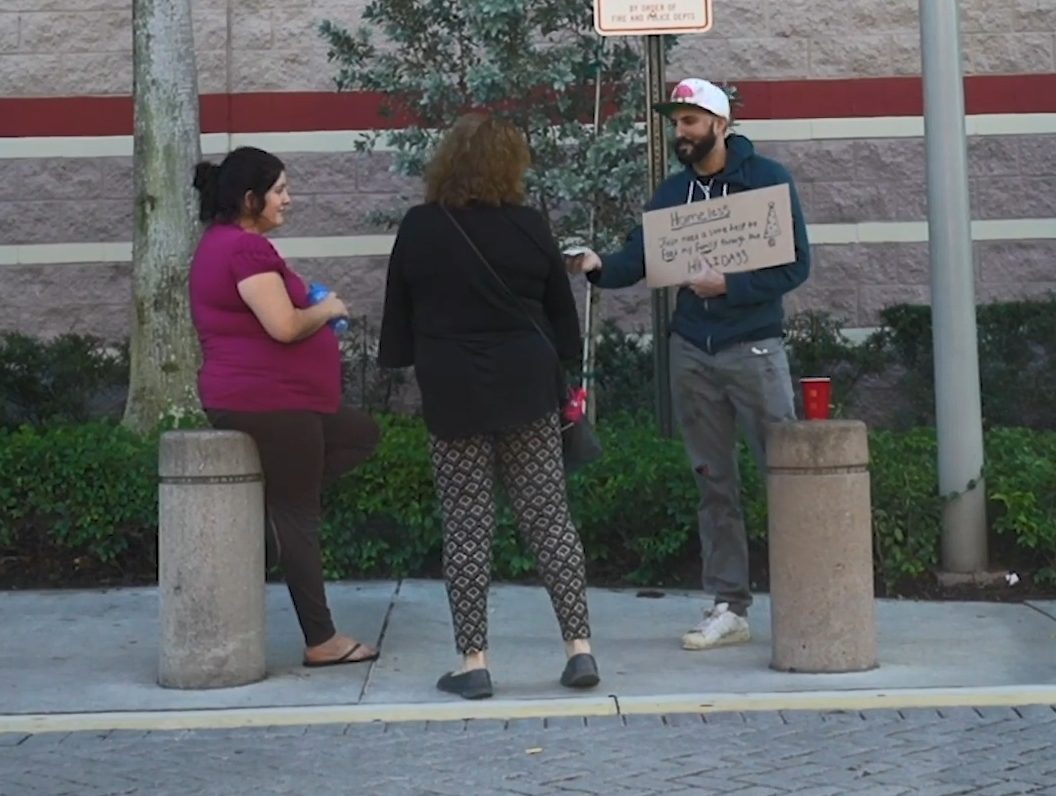 To their surprise, Breach in return gave them $100 for showing some sympathy and concern to a homeless like him. 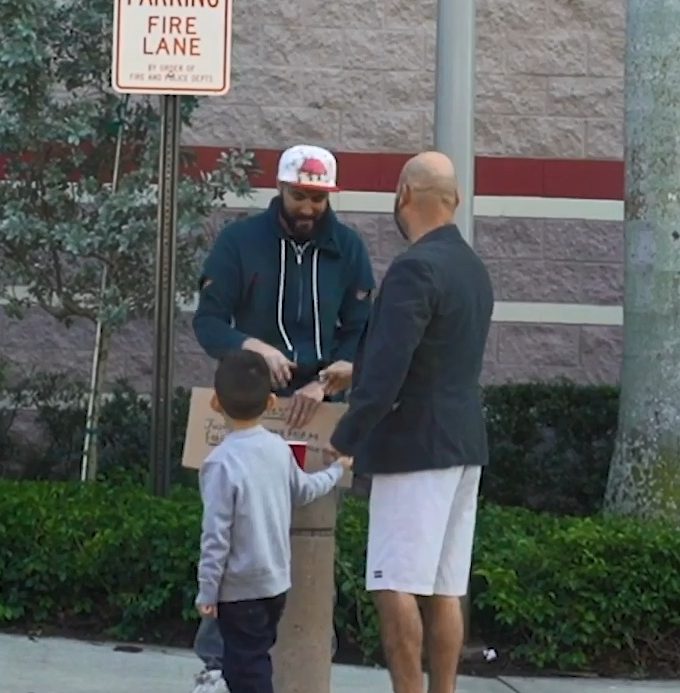 According to him, one of the lucky recipients of the $100 was even inspired to do a similar good deed to others.

“One gentleman told me he was going to use the $100 to pay it forward and give it to someone else. I thought that was incredible.” 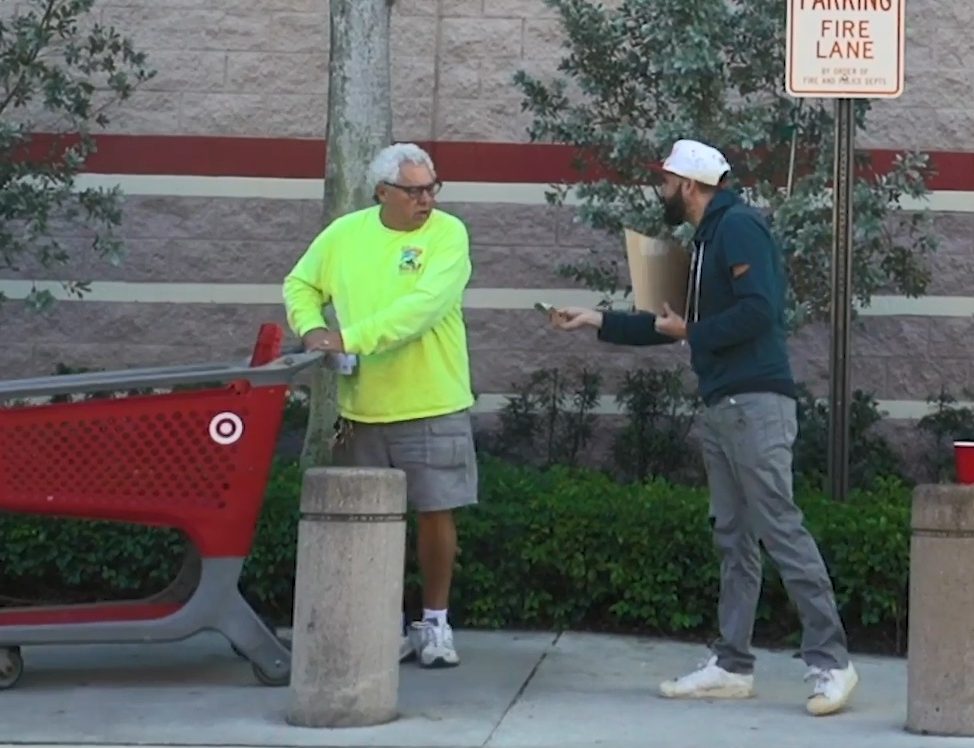 He added further, “I think others learned that you have to pay it forward in this life because everything comes back around.

“The vibe you put out in the world is what you get back,” Breach said.

Watch Breach’s viral video of him pretending to be homeless here.