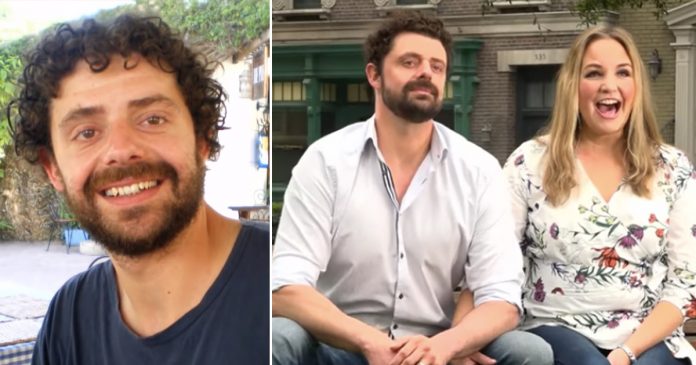 This woman fell in love with a homeless man on the streets—now they’re married and have twins!

The Swedish 41-year-old children’s author, Emmy Abrahamson bumped into Vic Kocula from America by chance in 2006 while she was visiting Amsterdam.

She was immediately hooked by his “beautiful brown eyes,” but noticed he was homeless because he had “dirty clothes and hair.”

“He was holding a briefcase which I thought only crazy people did, and later on I found out that’s where he held his sleeping bag and cans of beer,” Emmy told This Morning.

Despite his rugged outward appearance, she couldn’t help but fall in love with him and they bonded instantly.

They even agreed to meet for a cute picnic date in the same spot a week later after just 10 minutes chatting!

Their relationship soon blossomed and they exchanged numbers.

Vic was so besotted with her, that three weeks after she returned to Vienna—where she lived at the time—he rang her to say he had come to find her.

“I didn’t know if I was going to see him again but I couldn’t stop thinking about him,” Emmy said.

And over a decade on, the cute pair has tied the knot and have twins, aged 6, named Til and Desta.

Vic explained that he had run out of cash while backpacking around Europe, so decided to sleep rough instead of going home.

But instead of saving the money he earned begging, he spent it on alcohol.

“The wheels fell off and the alcoholism kicked in heavy. It was such a gradual turn that one day I realized: ‘Oh my God, I’m a homeless alcoholic,'”  he said.

We’re so glad they found each other!

Watch their interview below: