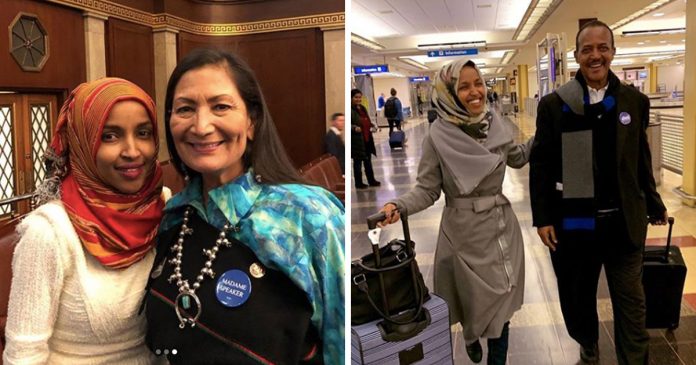 23 years after Ilhan Omar landed in Washington D.C. as a refugee, she flew back to the same airport with her dad to start her term as the first Somali-American member of U.S. Congress—her inspiring story has made the internet so happy!

The night before Ilhan, 37, was sworn into the 116th Congress, she uploaded a heartwarming photo of her and her dad beaming upon their arrival on her official Instagram page.

Her dad, Nur, wrote the most touching caption.

“Hey, Ilhan’s dad here. Twenty three years ago, my family and I arrived at an airport in Washington DC. We were newly arrived refugees in this country, from a refugee camp in Kenya. I had heard about the promise of America, prosperity for all and hope for a better tomorrow.

“I could never have dreamed that twenty three years later I would return to the same airport with my daughter Ilhan by my side, the day before she is to be sworn in as the first Somali-American elected to the United States Congress,” Nur wrote.

“You, of course, can imagine how emotional this is and why I am incredibly proud of her,” he added.

When she was just 8-years-old, Ilhan and her family fled the 1991 Somali Civil War, then lived in a refugee camp in Kenya for four years before re-settling in the U.S. in 1997.

Since then, she has come incredibly far and has hit inspiring milestones.

Three years ago, Ilhan became the first Somali American Muslim legislator in the U.S. when she was elected to Minnesota’s House of Representatives.

The response to the news has made inspired the internet, who are saying her story is what the “American Dream” is really all about.

“I cry every time I hear this story. This is the American Dream becoming a reality. What an amazing journey,” Jessica Romeroll commented on Facebook.

“It’s a beautiful thing. I cannot wait for even more diversity to come. We all deserve a government that reflects our diversity,” Kelli Greenwood Anderson added.

Underpriviledged kids asked to choose between gift for themselves or parents—what...