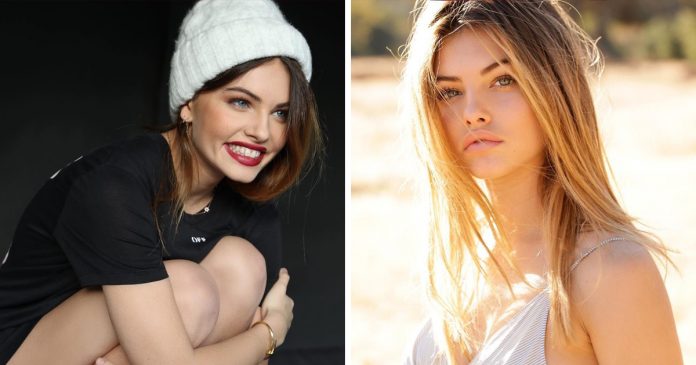 French model, Thylane Blondeau has once again cinched the coveted title as ‘The most beautiful girl in the world’ after coming at the top of TC Candler’s 2018 The Most Beautiful Faces of 2018 list.

Thylane Blondeau was only 4-year-old when she got to walk for Jean Paul Gaultier runway and was just at the age of six when she was dubbed as ‘The most beautiful girl in the world’.

Young Blondeau’s deep blue eyes that have captivated the world.

Just like the beauty that mesmerized us when she was young, Blondeau’s pouty smile, voluminous hair and deep blue eyes stay the same even after all these years!

Delighted upon receiving the news, Blondeau took it to Instagram thanking the competition for the award and everyone who voted her.

“I just can’t believe it myself. Thanks so much TC Candler and everyone who voted. I never thought I was once number one! I’m thankful to all of you. I really hope you’re having great holidays and spend nice Christmas with your family. All the best to all of you guys. Lots of love!”

Blondeau was thanking everyone who voted for her.

She is now a brand ambassador for L’Oreal and has been named as the face of a perfume by French designer Lolita Lempicka.

Now that she’s making a comeback to the world, we wish to see more of this French beauty in the future!