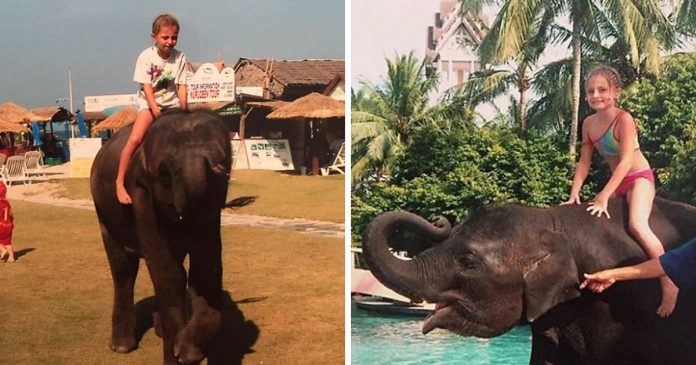 Amber Owen from United Kingdom recollected her month-long winter holiday with her parents back in 2004 and how she was saved by an elephant when a tsunami hit the Phuket beach in Thailand.

Owen was just 8 years old at that time and she was there with her mother, Samantha and stepfather, Eddie.

Every morning, Owen would run to the beach near the hotel to see her favorite 4-year-old elephant, Ning Nong.

“I will feed Ning Nong every morning. I will feed it bananas and ride on its back along the shore. He would wrap his trunk around my shoulder as I feed him bananas,” recalled Owen.

In their hotel just above the beach, little did the family know that a small tremor they experienced that morning will lead to something bigger. No one was expecting anything—local men were still going out to sea and Owen took her daily ride on Ning Nong.

But Ning Nong instinctively knew something was wrong, it seemed really agitated and increasingly stressed.

“But Ning Nong was swaying and trying to walk up the beach. He didn’t get very far as the trainer kept pulling him back. Seconds later the water crashed, reaching Ning Nong’s shoulders. I clung on to his back, terrified,” told Owen about her traumatic experience.

The colossal wave overwhelmed the beach and Owen kept clinging to Ning Nong. Instead of throwing her off, the elephant climbed through the swirling current, up the beach and inland with her on its back. Ning Nong only stopped when he reached a high wall, about 400ft from the shore. He wedged himself beside a stone shelf so that Owen could clamber up to safety.

The elephant didn’t throw Owen off even when put it in danger .

“I don’t know what would have happened if I wasn’t on Ning Nong’s back. I was so scared. I could have just been swept away if it wasn’t for Ning Nong. Despite being so young, it’s a day that I will always remember,” said Owen.

Reminiscence the moment, Owen’s mother Samantha remembered how panic she was when Owen was out of sight on the beach. She ran down to the sand and started asking where is the elephant.

“For the elephant to sense something, run away like that and pop Amber up on a wall is incredible. The elephant saved her life.”

Samantha later grabbed her daughter and ran towards the hotel. Less than 10 minutes after they returned to the hotel, the second wave of tsunami arrived and swept through the hotel’s ground floor rooms. Three days later, the Owen family flew back to the UK.

After the dreaded incident, Owen’s family has never heard of Ning Nong ever again. But Owen can never forget the life-saving grace of that elephant. For Samantha, her gratitude to Ning Nong remains intact, so the family regularly donate money each year to Phuket to take care of the elephants.

Owen is now 22 years old, but the incident is still vivid in her mind.

Now Owen’s incredible story has been adapted into a book and play by Sir Michael Morpurgo, who is also the author of smash hit War Horse.

He was inspired by Owen’s story and adapted into his book and play, Running Wild.

Such a miraculous incident!

This smart and simple DIY fish trap will let you catch... 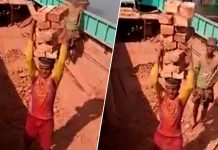 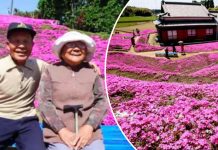 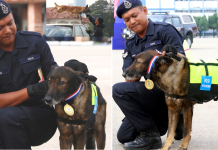 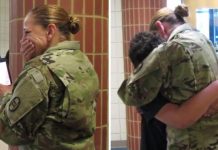 Touching moment mother surprises her son after a year being separated

This munchkin kitten sleeps in the most adorable position ever and...