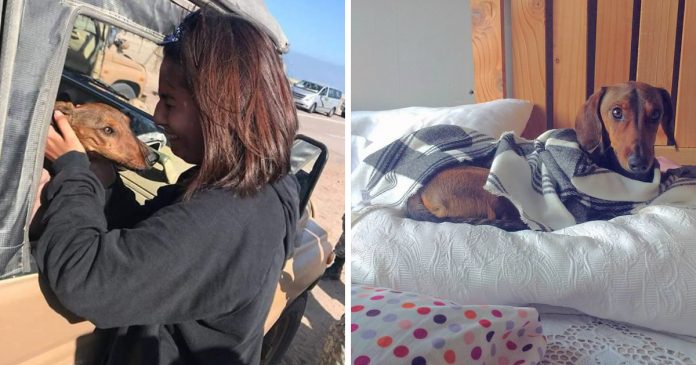 Can your pet still be alive after falling out of an airplane? Surprisingly a lucky dog called Gaspar has an answer for that.

Gaspar’s owner, Janis Cavieres asked her best friend Ligia Gallardo to bring her two-year-old pet dog to Iquique, Chile after she has decided to travel ahead due to previous commitments.

Gaspar will board the plane with Gallardo.

The pooch was traveling in the same plane from Santiago as Gallardo inside a pet carrier in the plane’s cargo hold. Unfortunately, the cargo compartment door accidentally opened and the unthinkable happened.

The officials told Gallardo that there had been an accident and Gaspar might have escaped. According to Cavieres, the carrier fell from the plane which had landed and broke upon impact. This has scared the dog and caused it to run away and towards the desert.

Gallardo was alarmed upon seeing that she collected an empty carrier at the airport as soon as she landed.

Cavieres tried to track Gaspar down with the easiest way—the social media. She organized search operation on social media and found out Gaspar was spotted in the Atacama Desert for few times. However, local media reported that the poor dog could not be caught.

Fortunately, with the help from the airline and local army unit providing vehicles and personnel to help search for Gaspar, Cavieres soon received news of her dog.

The dog was finally caught after few days and returned to the hand of Cavieres.

After six days of searching, Gaspar was found.

The airline and local army helped to locate Gaspar.

“He was dirty, stressed and malnourished. He was missing for six days and lost lot of weight,” told Paola Bravo, the vet who attended to Gaspar after the rescue to the local media.

Gaspar lost a lot of weight when they first met him.

The airline has accepted responsibility for the broken carrier and is currently investigating whether the accident was caused by human error.

Cavieres updated that Gaspar is now in a much better condition and slowly started to gain weight again.

What a miraculous incident!