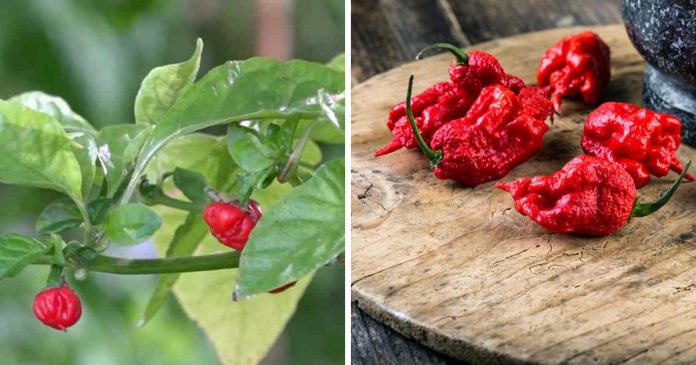 St. Asaph-based developer, Mike Smith says that Dragon’s Breath clocks in with a Scoville rating of 2.48 million, surpassing the Carolina Reaper which clocks in at an average of 1.57 million. That’s at least one million units difference!

The Carolina Reaper is spicy enough to reduce its tasters to tears and some were in pain. If Dragon’s Breath truly has a rating of 2.48 million, there is absolutely no reason to ingest it orally.

However, just because it’s inedible does not render it useless. Dragon’s Breath was “born out of a trial developed by Nottingham Trent University which aims to increase the quality and resistance of plants,” according to the BBC.

According to Mike Smith, the intended usage will be medical one. The oils from the pepper is so potent it could be used during anesthesia.

“This was developed because a lot of people are allergic to anesthetic, and this has a strong numbing effect when applied to skin,” Smith told the Daily Post.

“No one has attempted to swallow the pepper yet, but someone took a bite without swallowing. Their mouth went numb for two days,” says Smith.

With a Scoville rating this high, it could cause a seriously upset stomach and make an alarming exit from your body. “We have had a caution from the University,” Smith said. “It could cause anaphylactic shock in some people.”