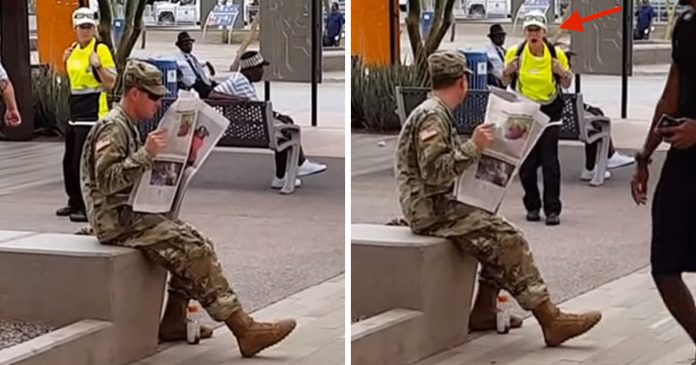 Larry is a soldier, and he told his mother that he was supposed to come home in July, when in reality, he arrived a month earlier. He gave her a surprise with a simple setup that took only a few minutes, but with a payoff that was absolutely perfect with all of it recorded and shared to YouTube.

Larry enlisted the help of his friends and family to reunite with his mother in the best way possible. He inquired about her work hours and routine so that he could plan the perfect timing.

Knowing his mother was in no way expecting to see or hear from him at all, he dressed in his military fatigues with a newspaper as a disguise. He sat near the entrance of his mother’s office building and waited for her to come out.

Just casually waiting and pretending to read a newspaper. 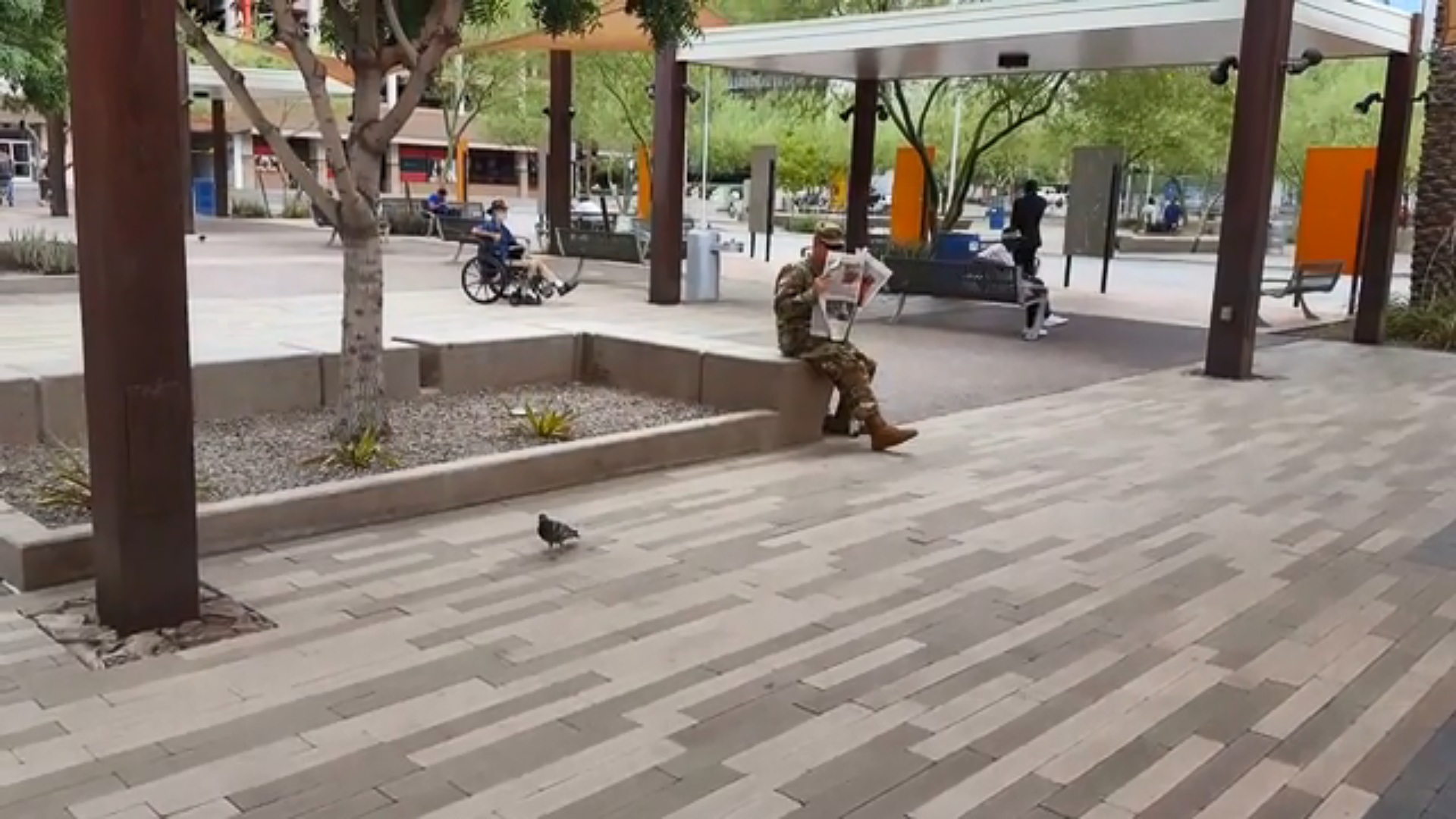 Several curious onlookers passed before his mother emerged, with a security guard walking by her.

She walked right past him at first, but her motherly instincts must have told her to take a second look. She starts to realize that this soldier bears a striking resemblance to her own son!

This is the moment he’s been waiting for! Just look at his mom’s expression! 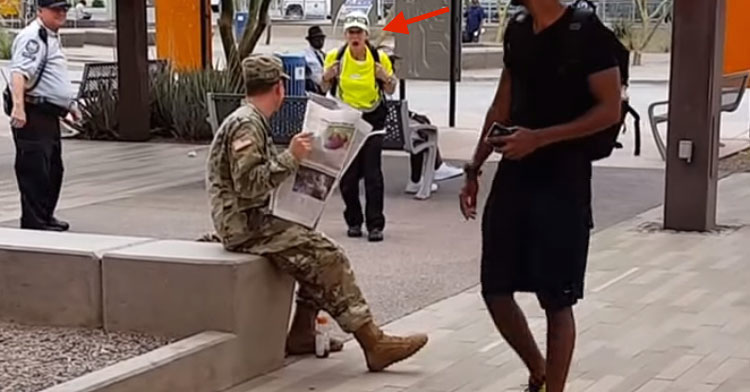 Then, it hits her! It IS her son! She jumps into his arms, absolutely joyful to see him again. She couldn’t stop smiling and laughing, this reunion means everything to her.

Her reaction when she noticed the cameras is just as priceless. But seeing everybody she loves, she did not mind at all, because she’s finally reunited with her son.

The feeling of having her son back in her arms must be priceless. 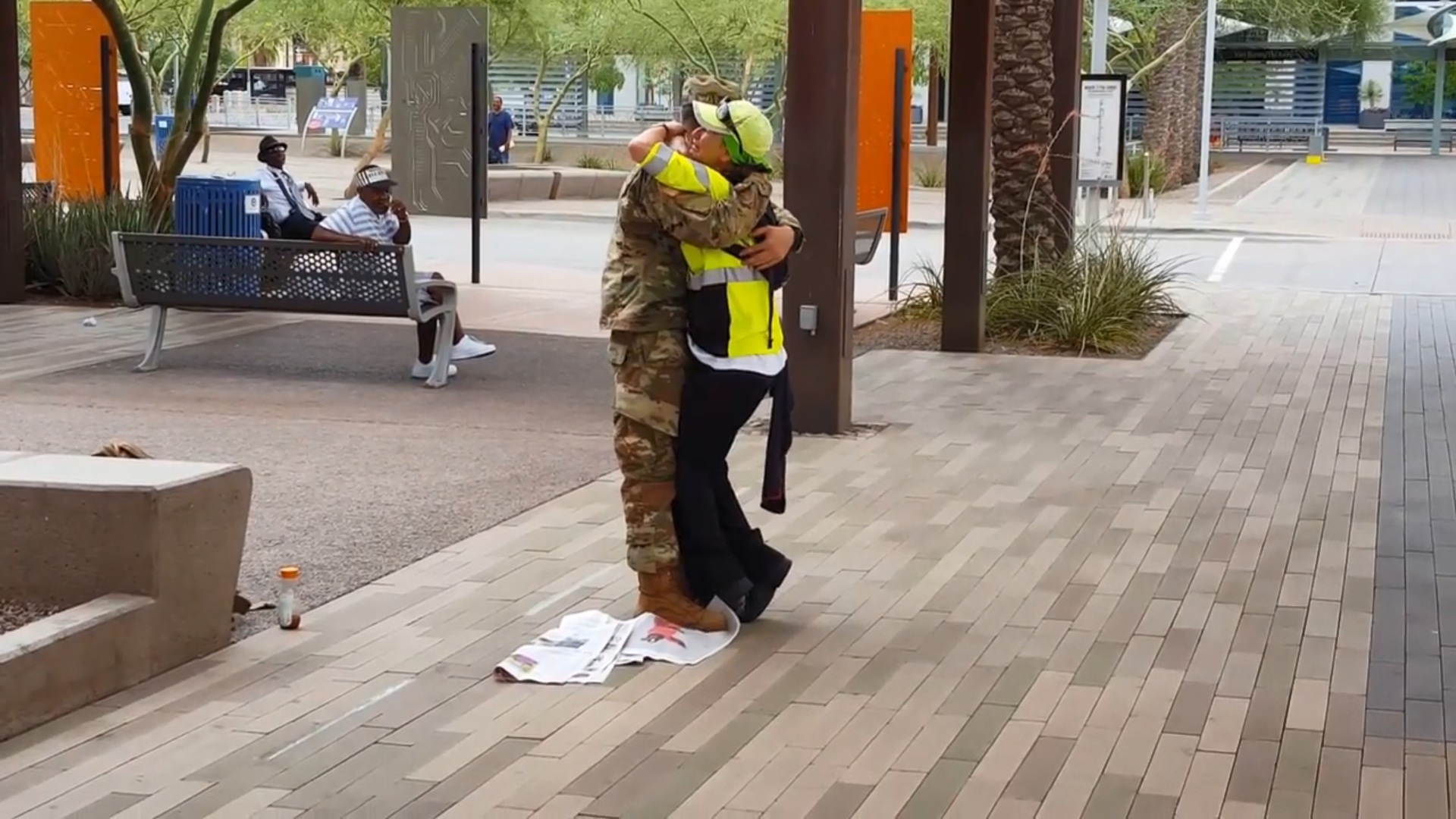 A mother’s love knows no boundaries. We are so happy for both of them!