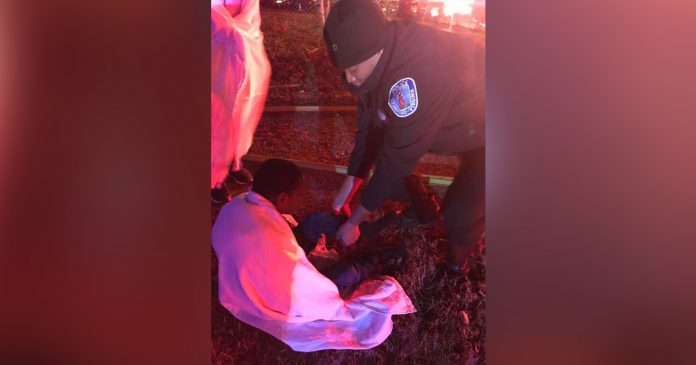 A fire that recently took place last Tuesday evening in a Richmond, Virginia home sadly forced a family out of their house. Out of the many fire fighters and dispatch officers who responded to the situation, one showed a touching concern to the family’s young son.

Officer De’Dongio Randall is a member of the Richmond Police Department who responded to the fire that night. But he stood out from the crowd when he grabbed a pair of spare socks from among his own personal items and gave them to the young boy who fled the fire on his bare feet.

Officer Randall was seen helping the boy put on the socks as if he was his son. 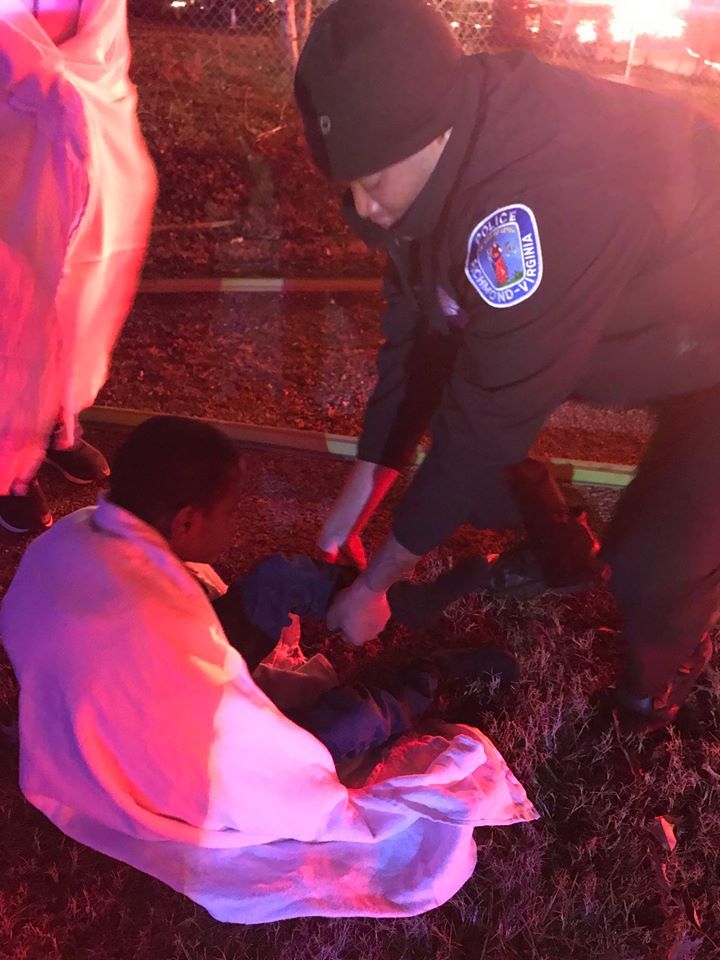 The young boy was wrapped up in a blanket, sitting on the pavement. Officer Randall told local news station 8News WRIC that he’s learned to be ready for anything.

He explains, “In the academy, we always made sure to prepare our bag. I sweated a lot growing up so being a big guy in the academy, all my classmates used to be like, ‘man, Randall, you need double shirts and extra socks,’” and that was why he always came prepared.

“I went into my bag and pulled out my Under Armour black socks and said, ‘there you go, my friend.’ I wear a size 13, so I helped him roll them over,” Officer Randall continued.

It turns out that extra clothing weren’t the only items that Officer Randall keeps lugging around. Before joining the police force, he had a stint with Child Protective Services which influenced him to always keep stuffed animals in the trunk of his car. For another one of those ‘just in case’ moments.

“It was just something that I did, having toys and stuff,” Officer Randall said. “I just love making kids smile.”

Last night, Officer DeDongio Randall responded to a call for service at a house fire. When he arrived, Officer Randall…