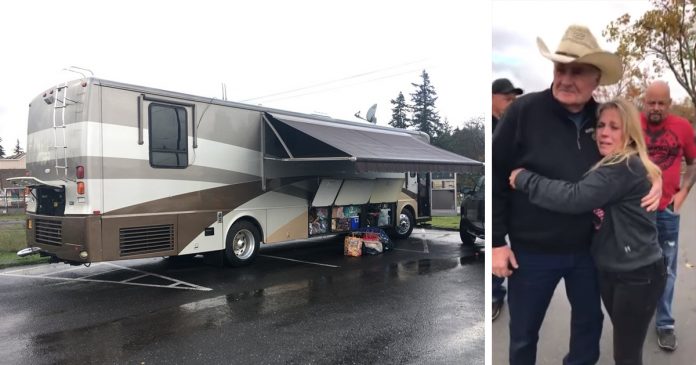 Single mom Veronica Jawar was left with nothing after Northern California’s Camp Fire, which claimed the lives of 85 people. But one kindhearted man turned her entire world around when he gave her his motor home.

Patrick Whitmore became a hero when he and his partner, Barbara Brooke—owners of the Beavercreek saloon—decided to make a difference to the community, which had been destroyed by the blaze.

Patrick and Barbara couldn’t just stand by and do nothing!

They took their motor home and filled it with items to donate to those in need.

“We have dishes, pots and pans, toilet paper,” Patrick said.

But he wanted to do more, and considered giving away his motor home to someone without a home.

“I woke up about a week ago thinking I wanted to share my motor home with somebody in Paradise because it was just resting in my barn and I didn’t have any plan or any use for it,” Patrick continued.

And when he heard a single mom of three kids in California had been asking around for an RV on Thanksgiving, he knew exactly what he had to do!

The sweet man was so excited his motor home could help someone out.

“I’m speechless for the first time in my life. I feel safe.” said Veronica.

And when people heard about Patrick’s kind gesture, they started to give him items to bring in his RV to Paradise.

“People were just coming [from] as far as Beaverton to give me stuff to take down to Paradise,” he said.

Patrick said all the donated items and his whole house are filled with love! How sweet.

The world needs more selfless acts of kindness like this!

Watch Patrick and Veronica meet for the first time and embrace after he gives her his RV in the touching clip below.

Creative boy sets up a trap to catch crocodile. A few... 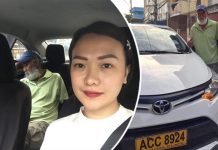 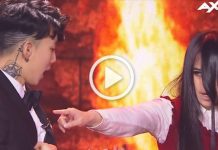 Follow The Sacred Riana’s response on winning Asia’s Got Talent. Her... 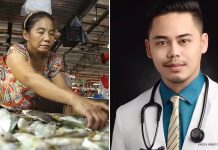 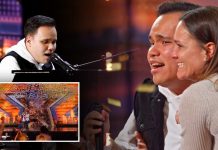