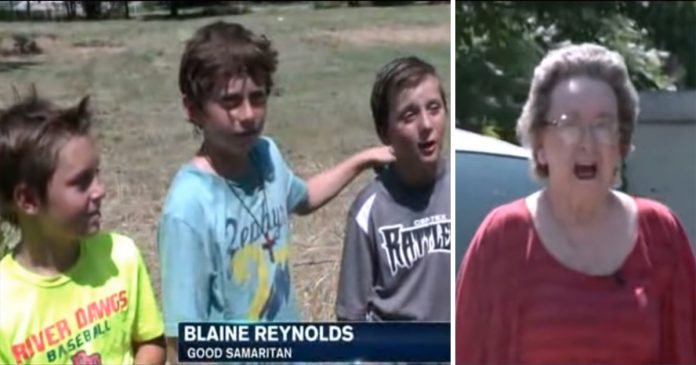 It’s no easy feat to keep front yards looking in tip-top condition—never mind attempting the task as a 75-year-old woman.

So when pensioner Gerry Suttle was sent a court notice for violating law on the length of grass permitted, some boys came up with the most thoughtful solution to help her out.

The elderly woman, who lives in Riesel, Texas, started to find it difficult to maintain her lawn in 2015, and it soon became untidy.

Under local law, residents are banned from letting their grass grow longer than 18 inches (45 cm) tall.

But when she didn’t notice the letter for a court appearance, she was issued an arrest warrant.

The poor woman was going to be sent to jail!

When news of Gerry’s impending arrest spread around town, a group of local boys decided to step in and do something about it.

The four Reynolds brothers decided to fork out and buy a lawnmower each to bring to Gerry’s house, and start trimming the weeds and long grass.

They had never even met Gerry before deciding to come to the rescue. What a compassionate and caring thing to do!

One of the kind boys, Blaine, told News 10, “We haven’t met her yet, but she’s 75 years old and she needs some help mowing. That’s the least we could do.”

When Blake Reynolds heard an old woman was going to be thrown in jail, he decided enough was enough.

He said, “That made me feel bad because it’s a 75-year-old woman. Who’s gonna mow their lawn?”

These caring youngsters weren’t going to let her go to jail.

The boys’ thoughtful gesture brought Gerry to tears and left her completely speechless. 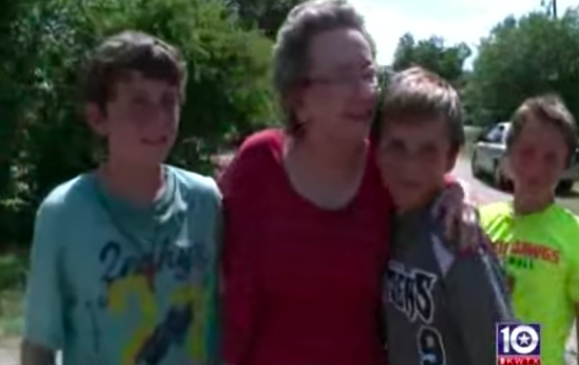 Soon, other neighbours came over to help out.

“I am very seldom without words. This is one time. You might want to mark it down in history that I didn’t have something to say,” Gerry said, stunned.

Faith in humanity restored. The world needs more acts of kindness like this!