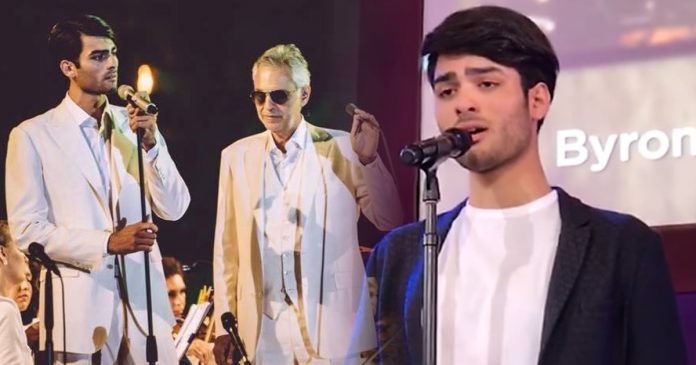 Mesmerizing footage of Andrea Bocelli’s son singing an Elvis hit classic backstage has proven that Matteo has certainly picked up more than his father’s good looks. 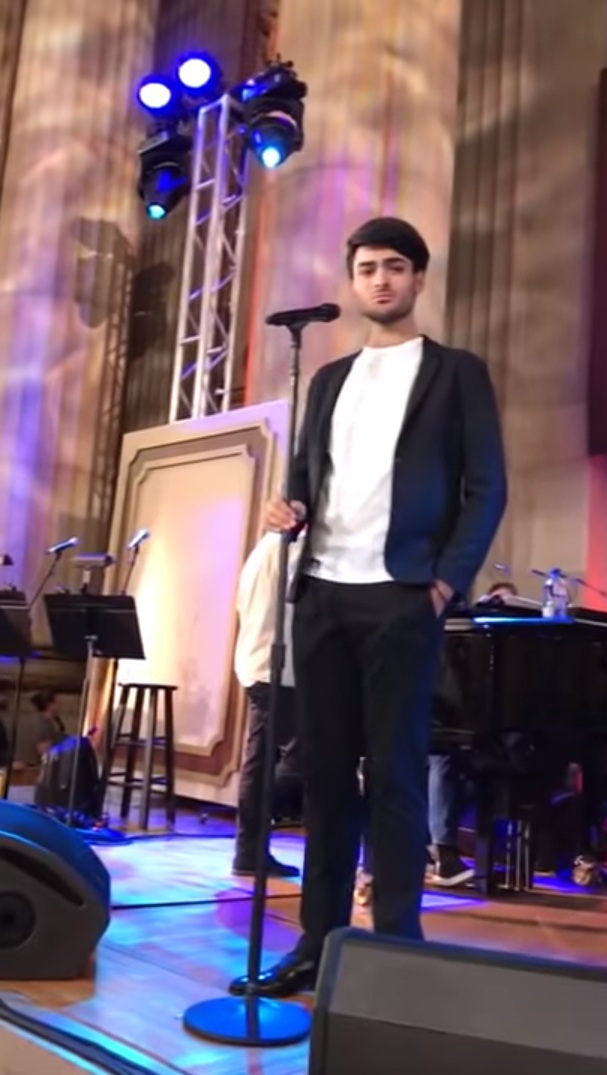 Italian opera star Andrea has been hailed around the world as having “the most beautiful voice in the world”.

And we wouldn’t be surprised if the younger Bocelli, Matteo, 21, were to follow in his father’s footsteps. Just check out his enchanting voice in the clip below!

Matteo, aged 20 in the clip, belts out “Love Me Tender”, an Elvis hit, during a backstage performance. His voice is enough to make you fall in love!

Andrea Bocelli’s mini-me definitely did the song justice in his stunning and effortless rendition!

The young gifted singer is quickly rising to fame, and released his first single in September.

The single, which features both English and Italian lyrics, is a moving duet with his dad which talks about their special bond.

Speaking of the song, Andrea, aged 60, said, “Anyone who is a parent, anyone who knows the precious responsibility of being a mother or a father, will fully grasp the meaning of this piece.

“‘Fall On Me’ is the first time I have duetted with my son Matteo Bocelli.”

How adorable. The pair’s voices fit together perfectly—it’s a match made in heaven!

His dad says that while Matteo has a special gift, he still has a long way to go before he reaches his full potential.

“Matteo needs to finish his studies to be a serious singer,” the opera star told The National.

“When you go to the doctor or to see a lawyer, you expect to find a serious professional. The same goes for singers. But Matteo has shown he has a gift. He has something you don’t learn.”

Humble Matteo is really keen to train too.

“I know that to make my dream come true I have to study a lot,” he said.

We can’t wait to see what this star’s future holds!