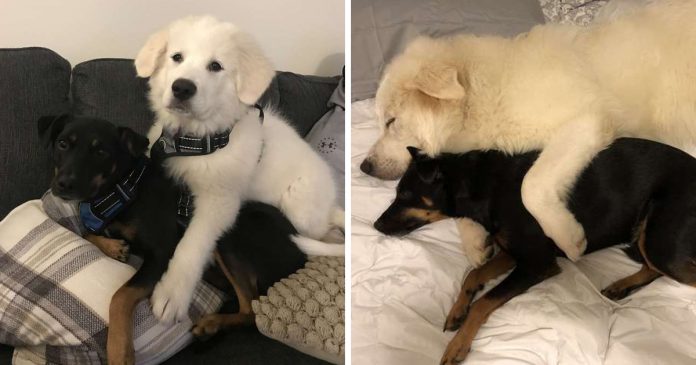 Ever wanted to get another pet but worried if your current pet would not welcome the newcomer? Well, Katie Becattini had the same fear that its dog Tuck would not like the idea and decided to test it out before adopting a new one.

Being a rescued dog itself, Tuck was extremely clingy and attached to owner Katie and her boyfriend. It would even sleep together with the couple under the same blanket covers and would feel anxious and sad whenever they are not by its side.

Photo of Tuck together with Katie and her boyfriend. 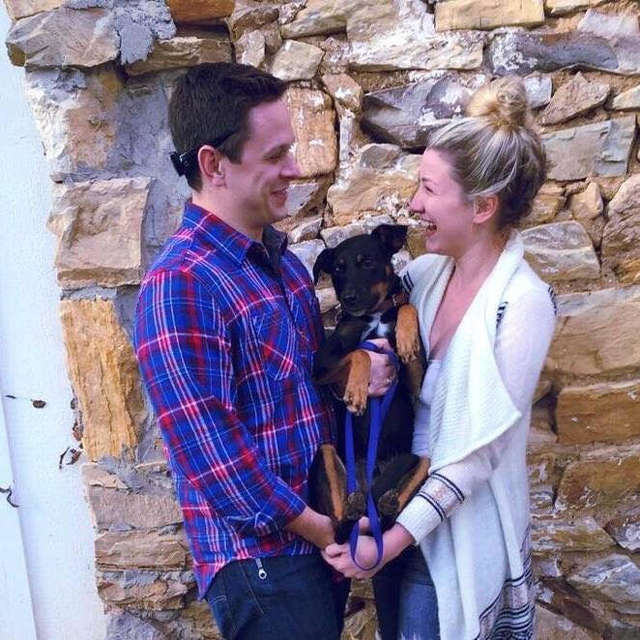 Seeing Tuck’s attachment, the couple brought Tuck along to visit the shelter home where they fell in love with a Great Pyrenees puppy. However, Tuck did not show strong emotions as its owners.

The couple decided to give it a try and invited the fluffy puppy home and called it Beau.

As soon as Beau was home, Tuck seems to be totally different than the first time when they met in the shelter. The two got along really well! 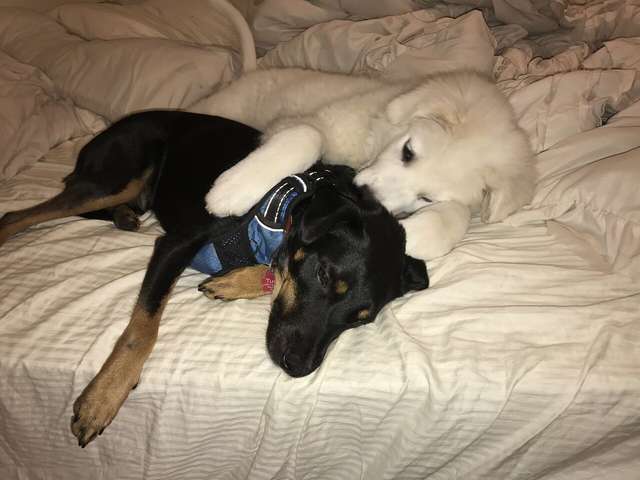 Beau, who’s much bigger than Tuck also enjoys his brother’s affections. They would cuddle up every day. 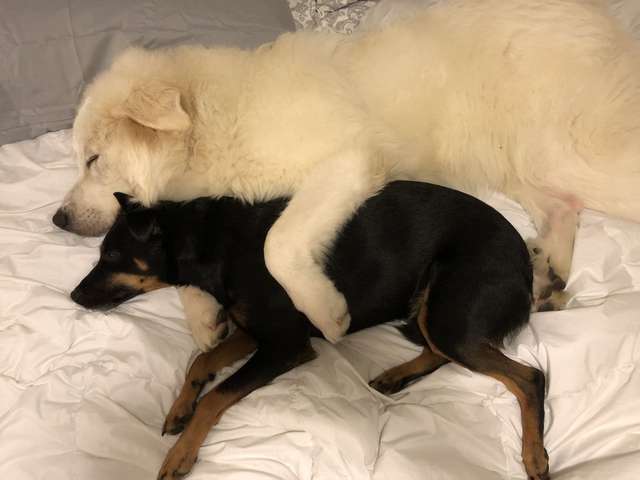 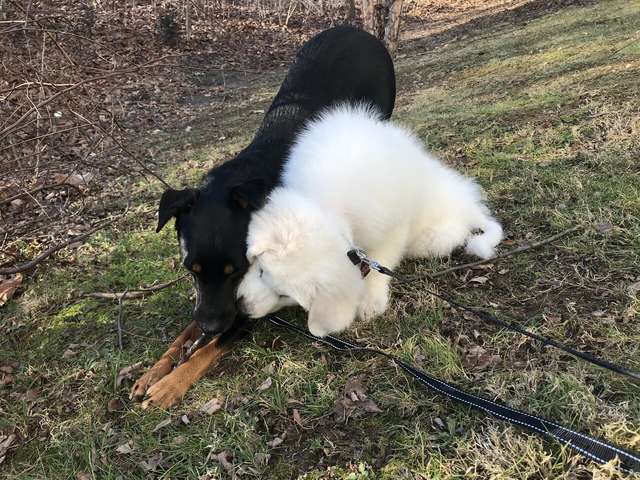 Seeing them together melted Katie’s fears because they bonded really well. 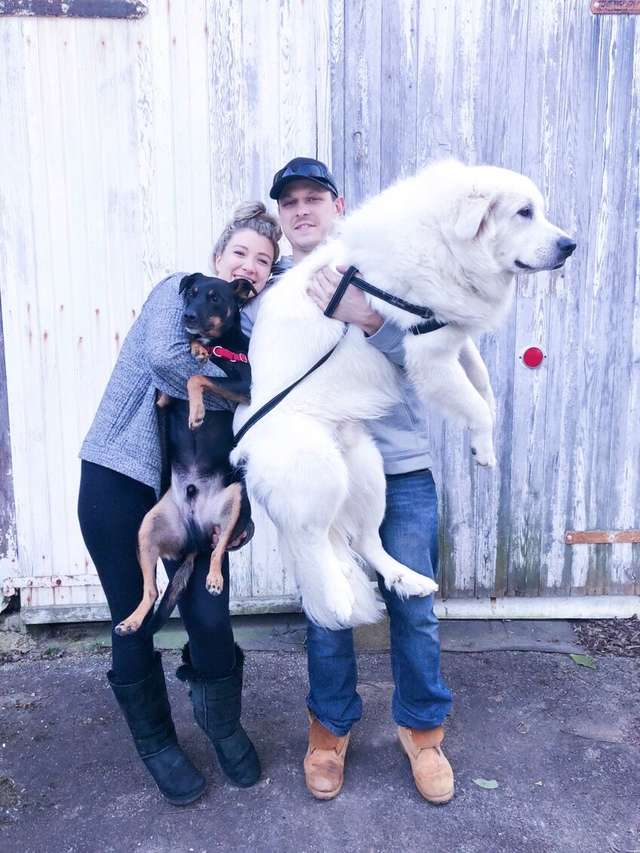 Although the dogs are the complete opposites, they love each other very much. Being rescue dogs, they need as much affection as they could get.

“I just think it’s cool how two dogs who are polar opposites — in looks and personality — are so bonded,” Katie said. “They are such sweet boys.”