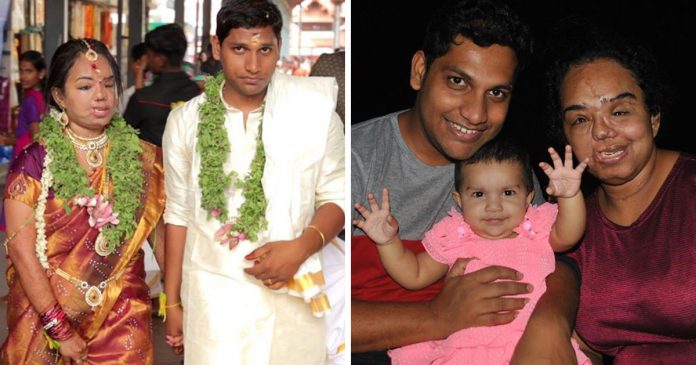 Jayaprakash, also known as Jai, met a beautiful girl, Sunitha Nair, during their last year of high school. Sadly, her beauty was taken in a terrible car accident that left her looking nothing like the great beauty she once was. But that didn’t drive Jai away.

“I don’t know why I was looking at her,” Jai said, as he recalled the first time he saw Sunitha. “She was late to class. She came in, walked in and went to her seat. I couldn’t stop looking at her. The next day when I met her, she said good morning.”

They spent a lot of time together and became great friends. 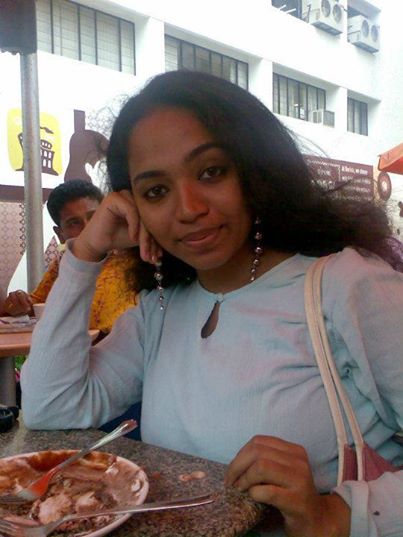 “We shared everything together. Lessons, food. I just didn’t know what were his feelings for me,” said Sunitha.

After graduation, they lost contact for a few years, but as fate would have it, they befriended each other on social media. They met up again after Sunitha called him on his birthday, and from that day on, their love blossomed.

Tragically, when Sunitha was driving home one day, she was involved in a terrible accident. 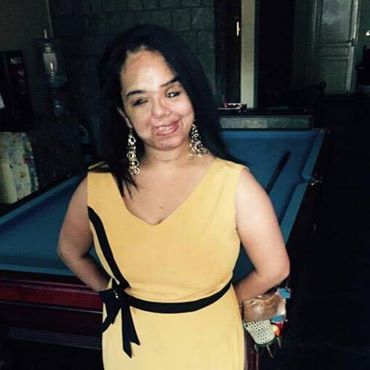 Her car rolled and skidded on the road. Sunitha was partly thrown out of the side window, while her face scraped along the pavement for several meters. The rest of her body was unhurt.

Jai heard what had happened and rushed to the hospital. When he saw Sunitha’s face, his tears started pouring down his face—he cried so hard Sunitha felt sorry for him.

Jai returned home and re-examined his feelings. He couldn’t sleep and he couldn’t stop thinking about Sunitha. One thing became clear: Jai could not deny the feelings he had for the lovely girl he had come to know and love.

“My feelings towards her hadn’t changed. I knew she was the girl for me. Nothing else mattered. The next day, I proposed,” said Jai.

When he saw Sunitha at the hospital, he asked for her hand in marriage. Jai recalled the moment, “I said ‘let’s get married’ and then I said, ‘I’m in love with you.’”

Upon realizing Jai was serious, Sunitha agreed to his proposal. After Sunitha was released from the hospital, Jai went to visit her at her home.

“It was 3 o’clock in the morning and she was waiting at the terrace in her house,” Jai recalled.

Jai prepared three roses to give to Sunitha and said, “Let’s get married.” 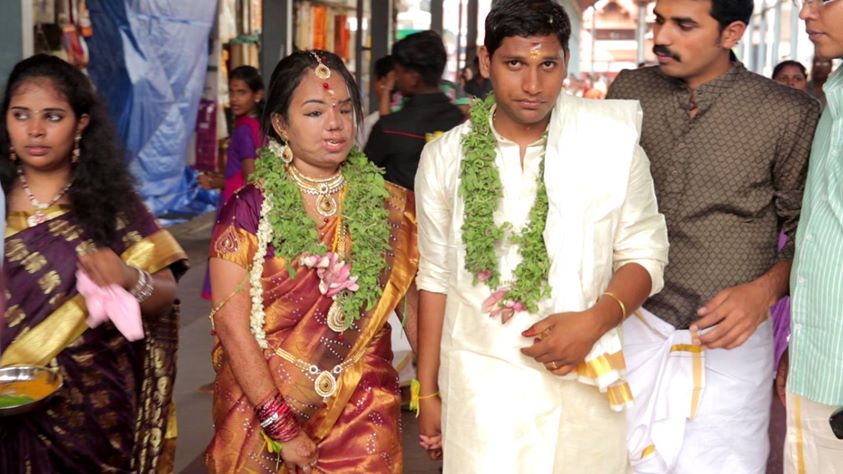 “I said yes,” said Sunitha. “I was the happiest woman on earth that day.”

Jai and Sunitha now have a beautiful girl born from their union, and they named her Atmia, which means “my soul.” 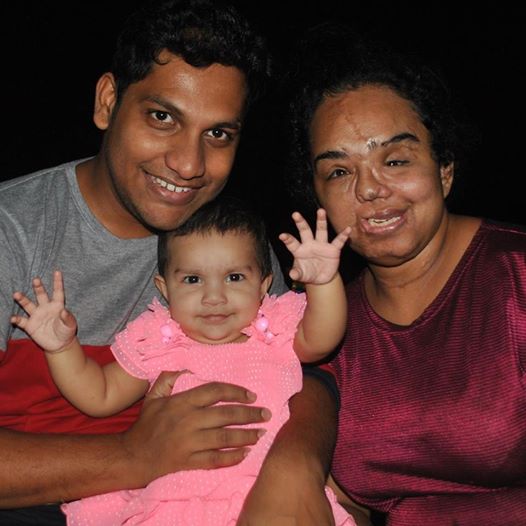