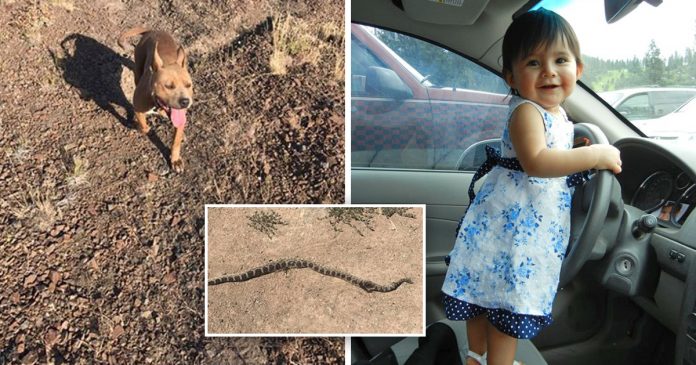 For one Idaho family living in Owyhee County near the Nevada state border, their surrounding environment consisting of prairie grass and sage bush meant that they were co-habiting with snakes.

Rodney Bacon went to get the mail from his SUV with his daughter one day. 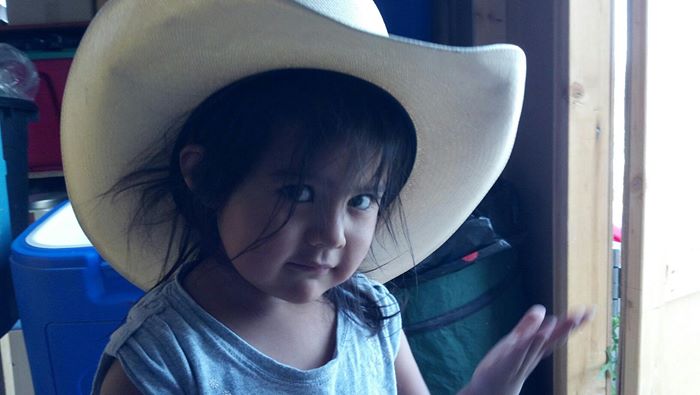 Without warning, their pit bull, Trek began pushing 3-year-old Harper away from the car.

Rodney didn’t realize there was a coiled rattlesnake right next to the car! 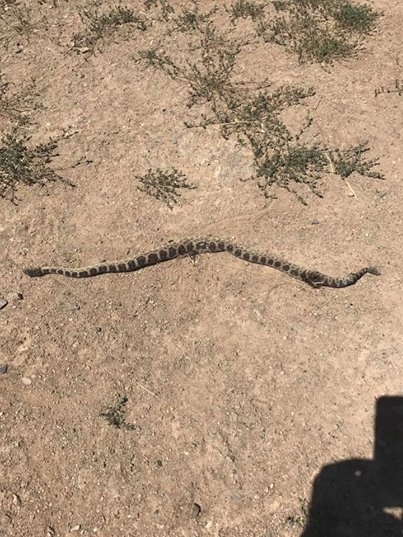 He took his daughter back to the house and the family’s other dog, Gracie the pit bull began to run towards Trek, sensing the danger and wanting to help.

Rodney recalled, “As soon as I closed the door the other dog starts barking at it,” he said. “And that’s when she was going after it, and the closer I got to the snake, the more aggressive she got. She ended up killing the snake by the time I got the shovel.”

Poor Gracie had been bitten while fighting off the snake to protect her family. 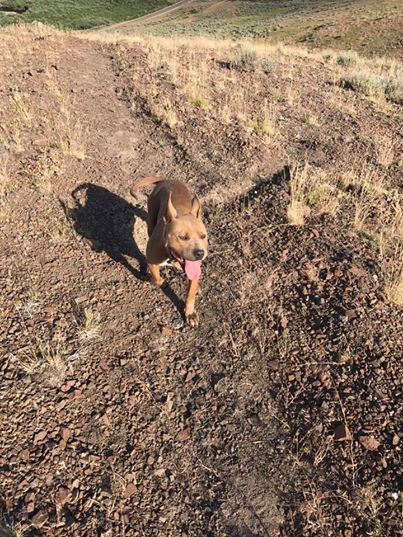 After that, she ran off. They searched everywhere for her but she was nowhere to be found. They thought she ran off to die.

However, Gracie came back the next day at lunchtime showing off another rattlesnake which she had just killed. 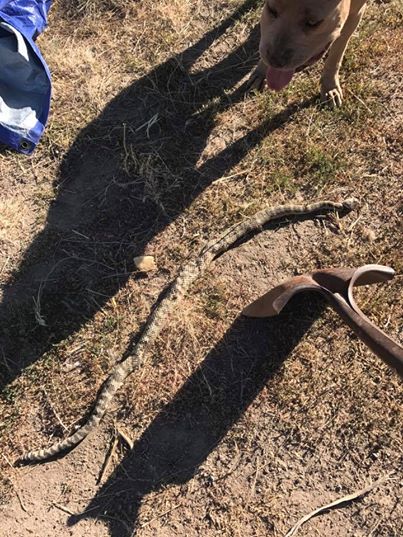 When Rodney saw that she had another bite on her leg, he immediately took her to the vet.

Despite having a big, swollen head, she’s fine. 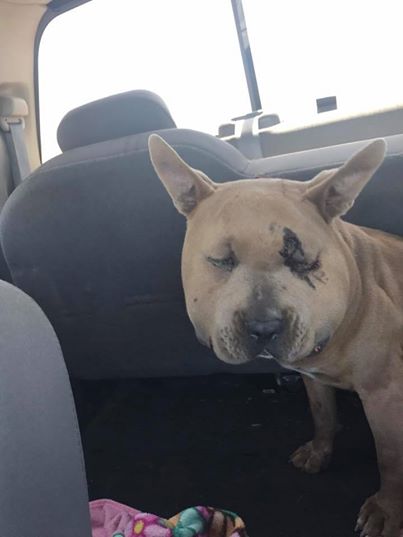 She can breathe, eat and drink and won’t stop wagging her tail. She must be extremely proud of her multiple snake kills!