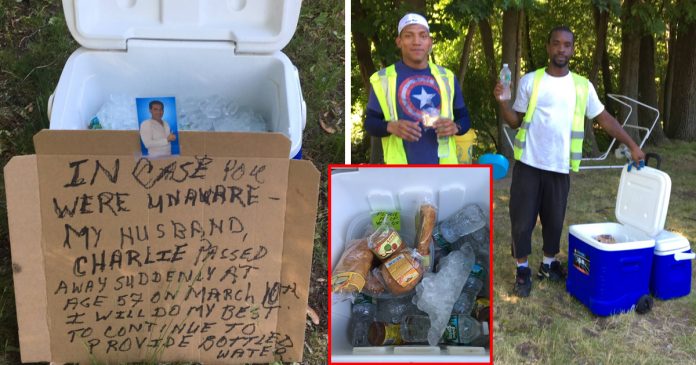 No act of kindness, no matter how small, is ever wasted. According to Velvet Poveromo, her husband Charlie is the perfect embodiment of kindness.

Being a strong people-oriented person and loving bartender, he was sincere to everyone he met. 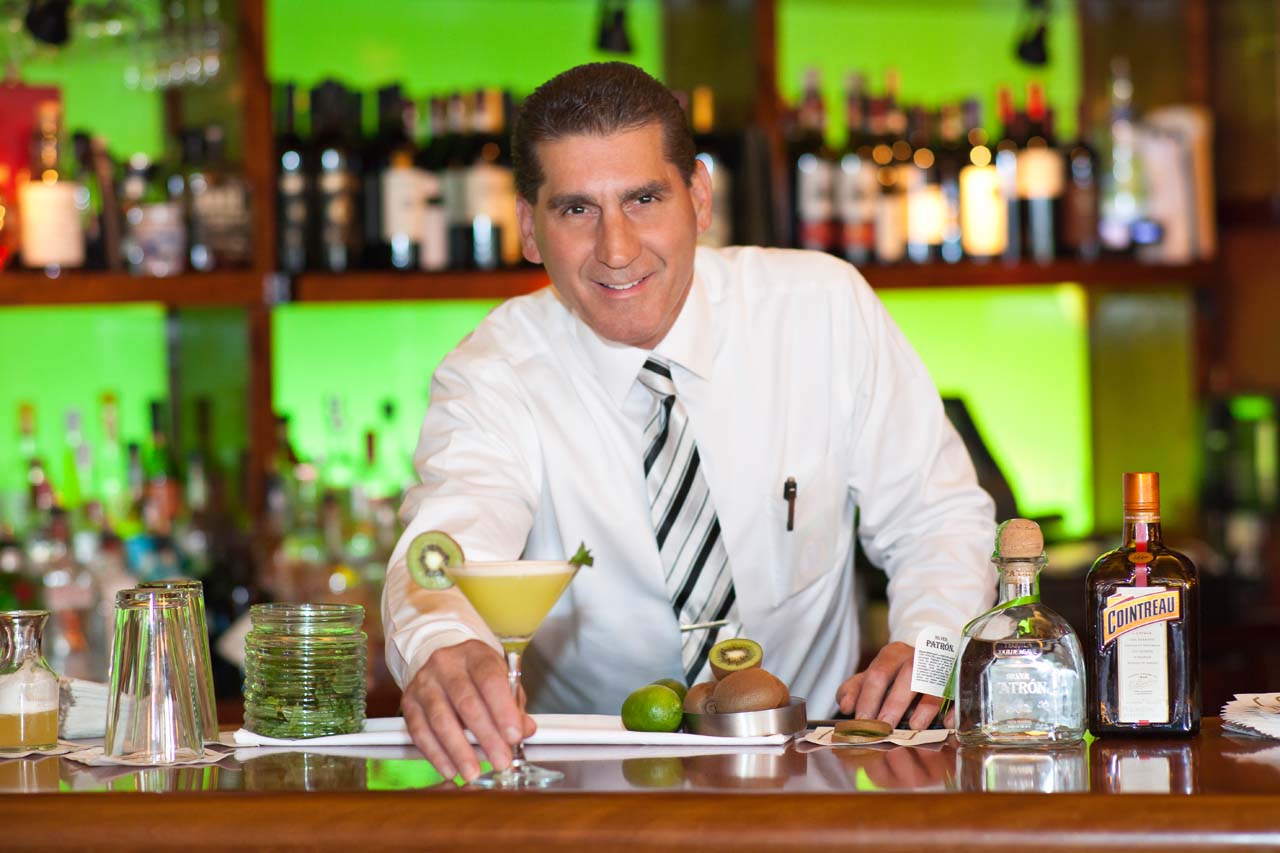 During one summer five years ago when the heat was strong and relentless, Charlie saw the garbage truck pull up and the workers inside looked pale and extremely sweaty. 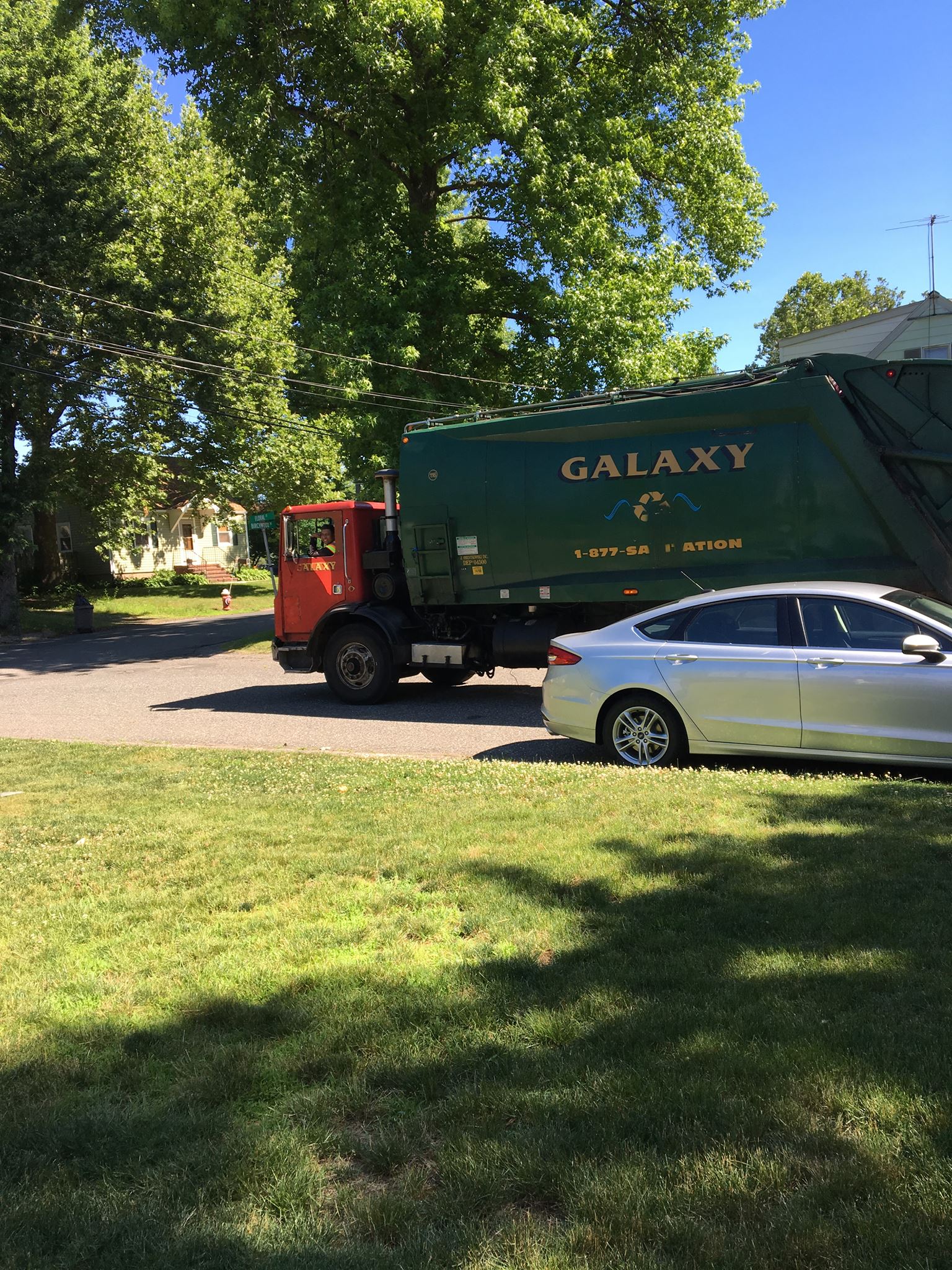 Velvet recalled how Charlie ran into the kitchen to grab some plastic cups and a jug of cold water for the men, making sure they were fully satiated.

“The next morning at 6.30am after working all night, he loaded the bottles into a cooler and waited for the truck to come. I watched as he went up to the workers and explained that from now on, the cooler would contain cold drinks for them all summer.”, she said.

Since then, he would make sure that there would be a cooler prepared for them, filled with bottled water, ice and some snacks. 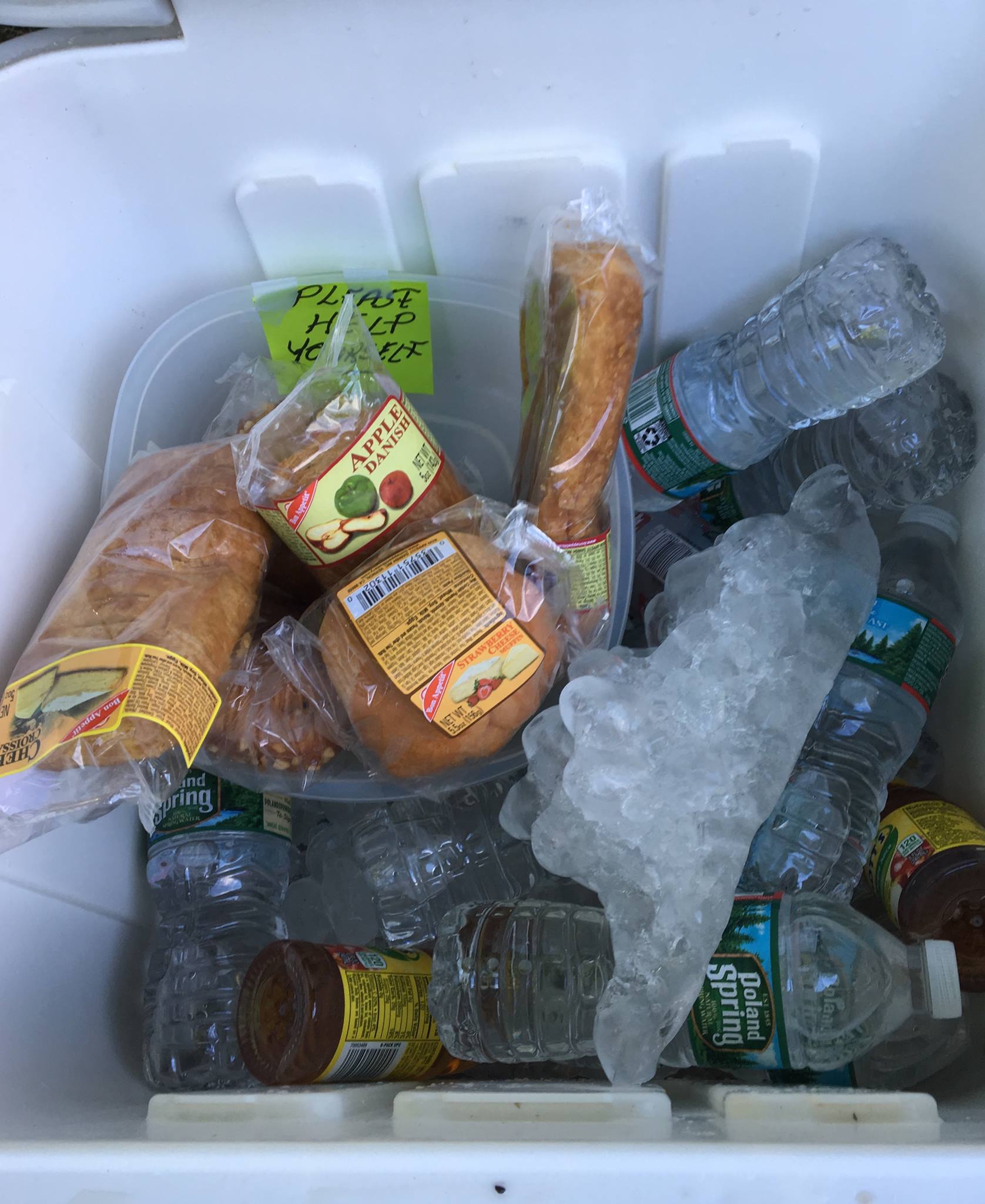 Soon, the word spread and the sanitation engineers stopped by for refreshments. Then, the police officers, firemen and construction workers turned up as well. 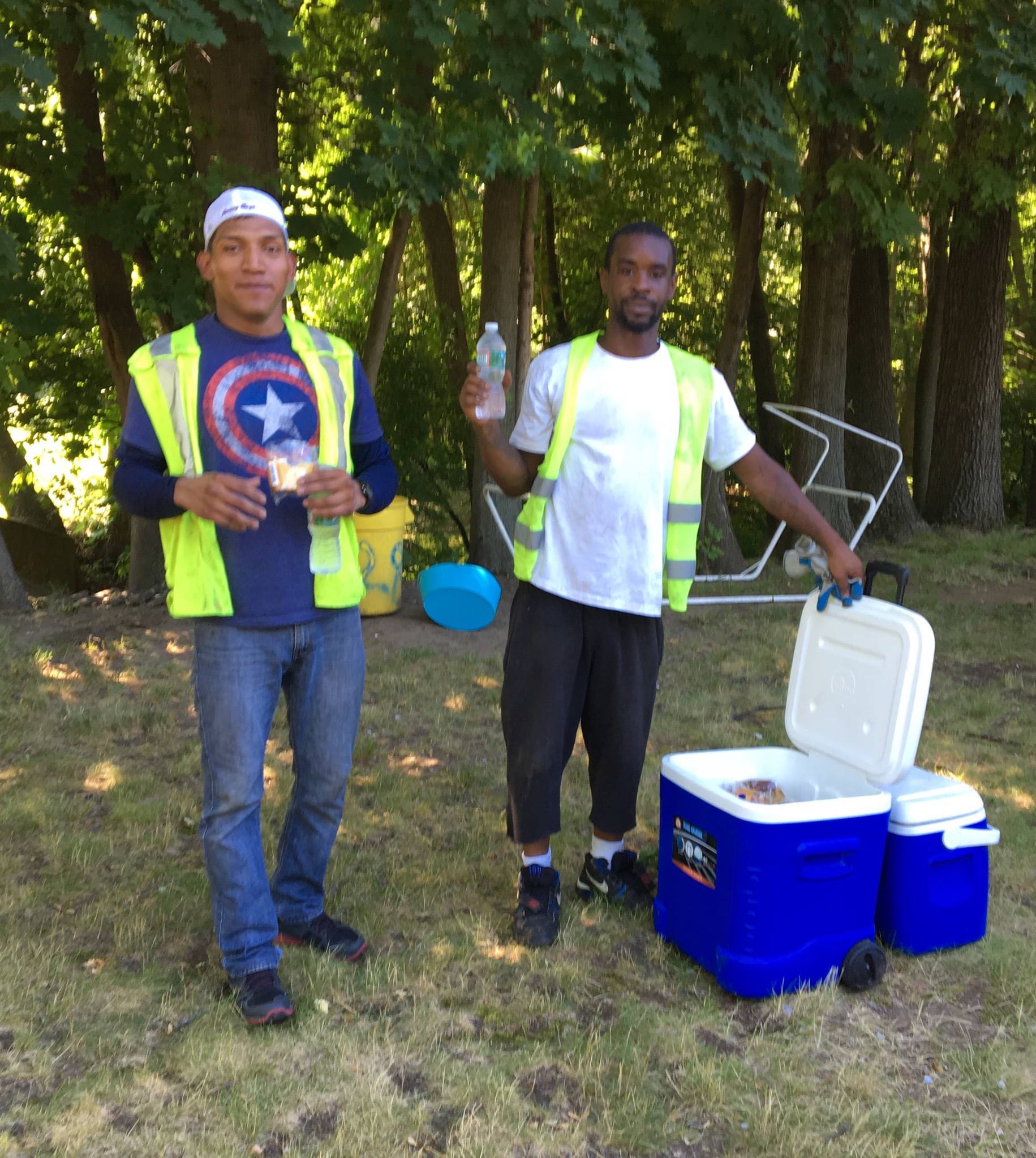 Tony Del Gatto, owner of Grissini Restaurant where Charlie bartended said, “He was one of the finest gentlemen I had ever met. He spoke directly to people, his eyes never wandered. There could be 20 or 30 people at the bar that needed attention but when a person spoke to him, they were the most important person in the room.”

Unfortunately, Charlie died of a heart attack last March. Heartbroken as she is, Velvet decided to step into his shoes and take over the job. “I had to do it,” Velvet said, “It was his tradition, and I had to honor him.”

This time, the cooler has a photo of her husband with a note calling it “Charlie’s Cooler.” 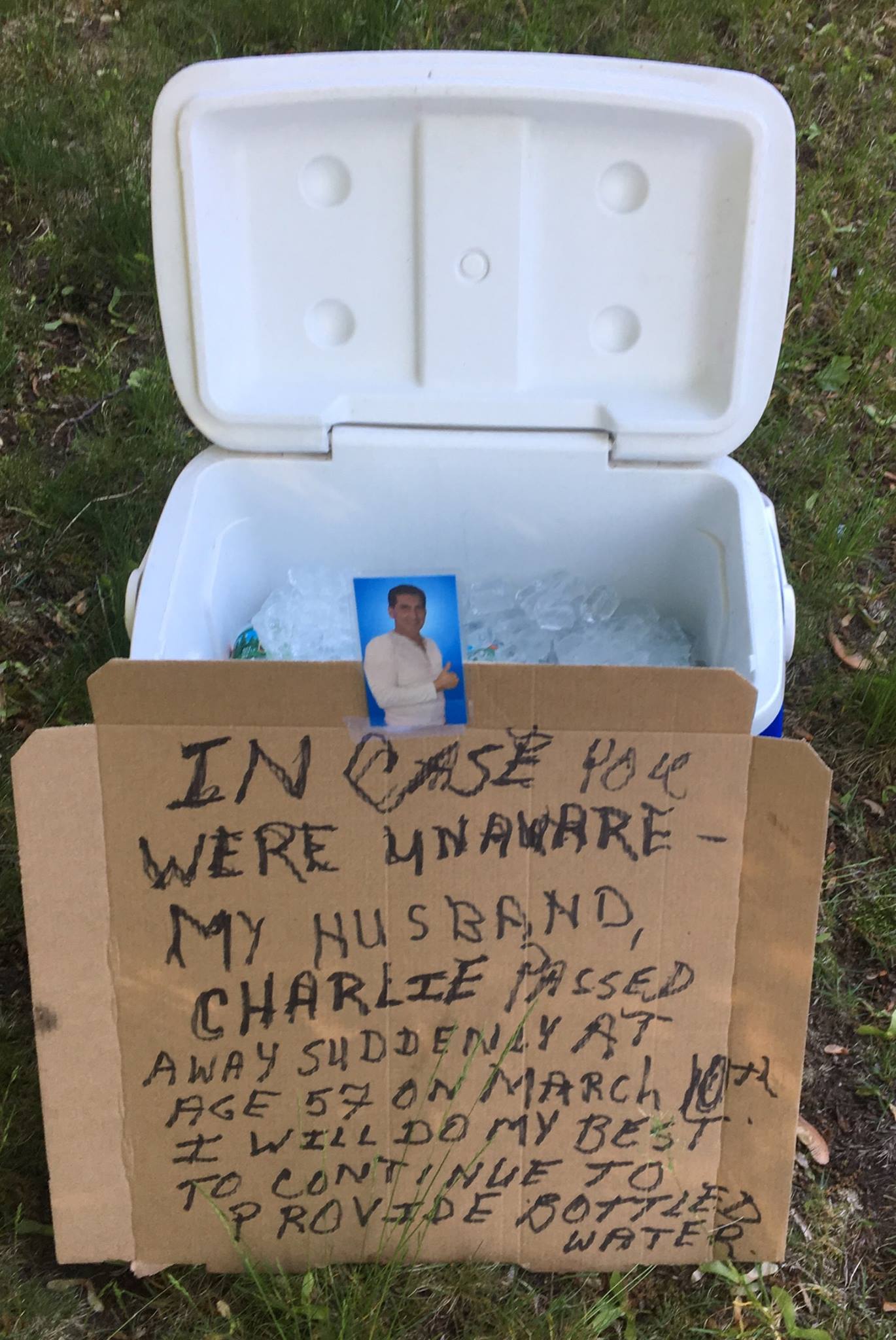 Inspired by his kindness, people are now donating items to fill Velvet’s cooler and some have started to create their own Charlie’s Coolers.

They’ve popped up in Paramus, Ramsey, Norwood, Oradell, upstate New York, and Wyoming. “Every person who does it, it’s a tribute to him,” Velvet said. Kindness is contagious.

Have you ever thought of where second-hand soap from hotels go...