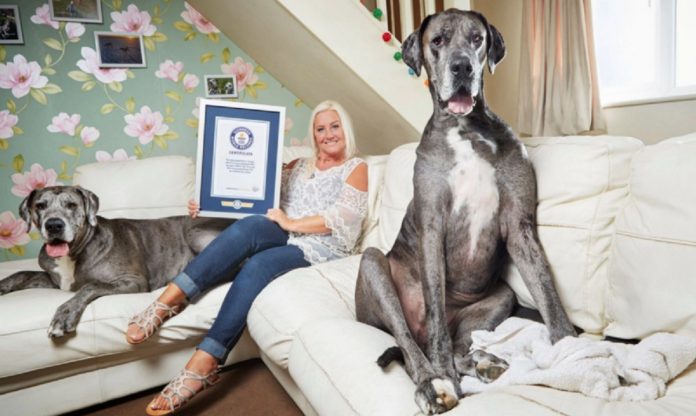 Claire Stoneman already knew that she needed to make some preparations when she first brought Freddy and his sister, Fleur, home. Great Danes have a high rank on the list of giant dog breeds, but she never expected how gigantic Freddy would be.

This massive dog towers over other dogs and was officially recognized by the Guinness World Records. 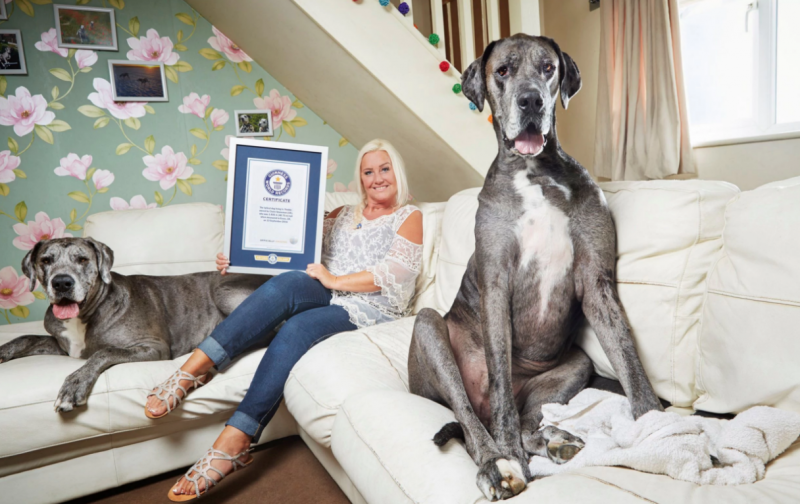 At over 200 pounds and standing taller than his owner on his hind legs, this 18-month-old dog is still growing. 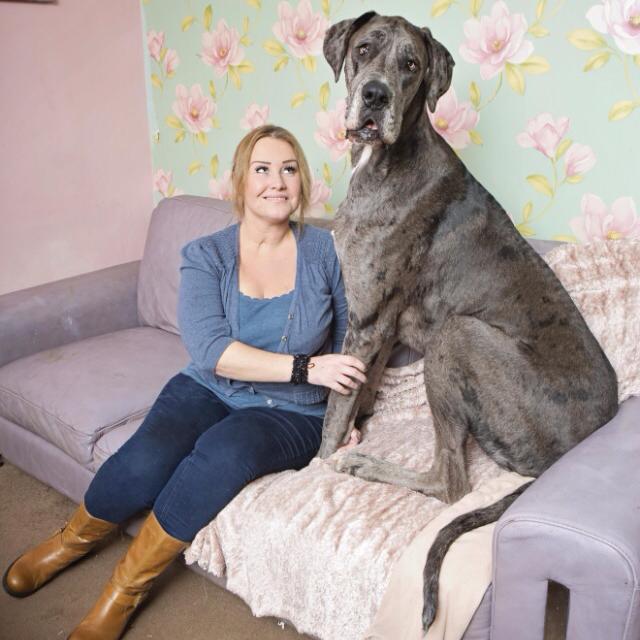 His sister, Fleur, is built just like him but only slightly smaller. However, they didn’t start off as giants. Claire recalls how Freddy was struggling to eat in his first few weeks. She tried everything but he just wouldn’t eat well. Eventually, he started to eat larger portions and Claire began to spoil him. 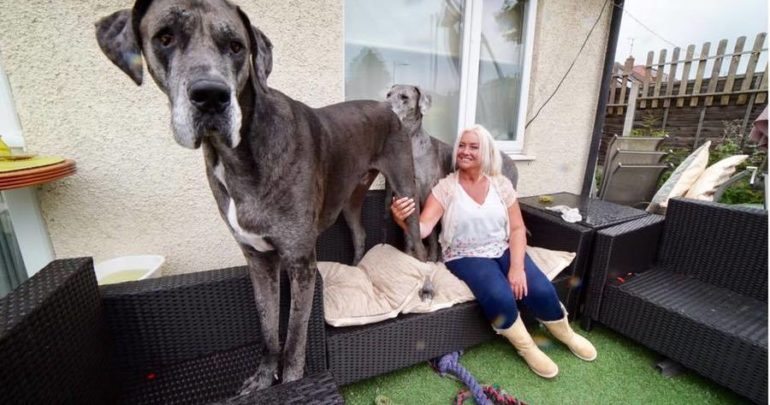 And these ponies just love to eat. Their daily diet consists of chicken (roasted and deboned), peanut butter and pate on toast, tripe, minced chicken, sausages and coffee (milk and two sugars).

They don’t even sleep in baskets, but on couches. 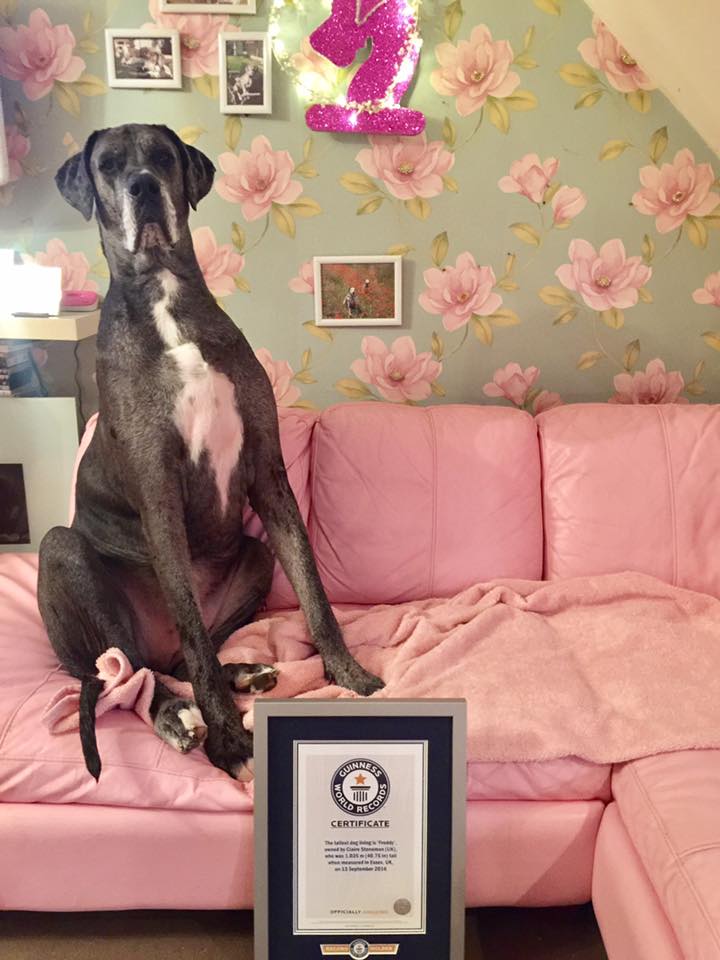 Claire previously had 14 couches, all chewed out by Freddy and Fleur. 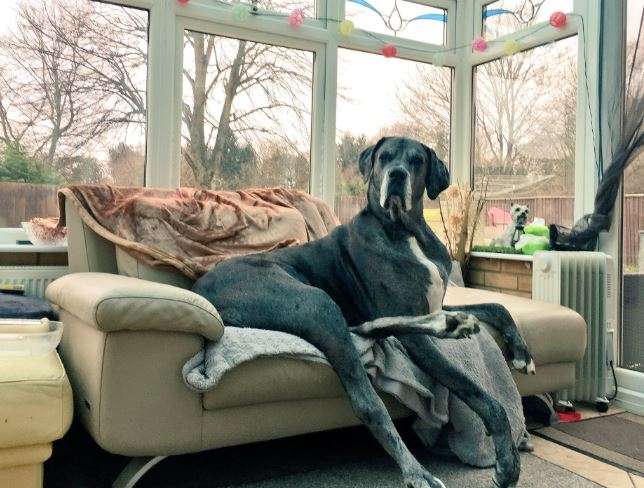 They even ate up a table and a couple of chairs. They even chewed at a wall, which she had to have re-plastered.

The dogs also pulled up some floor boards from the kitchen and sitting room, eaten numerous pairs of shoes and broke the back door because they were banging to get out.

Freddy and Fleur has begun to behave much better, however. They don’t chew the furniture anymore, but Claire keeps them fit and happy by giving them a 40 minute walk as regularly as possible.

They always have it done in the early hours of the morning, to avoid other dogs being intimidated by Freddy’s size. Claire decided that, if Freddy decides to go after something, she won’t be able to stop him.

Claire loves her two children, and doesn’t mind spending her money on them for their well-being.