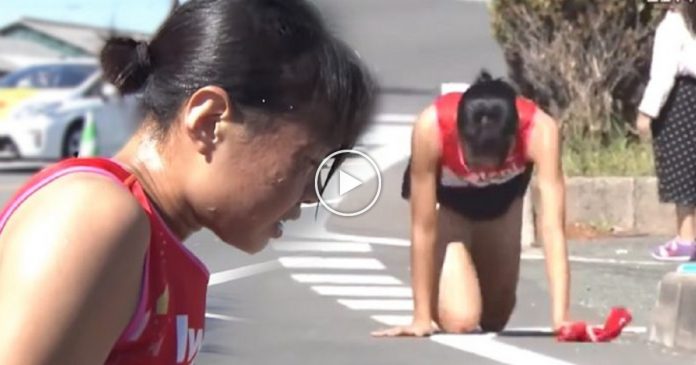 Japan’s 19-year-old runner Re Iida fell and fractured her ankle during a relay marathon in Japan.

The runner was only 190 meters away from finishing her 3.5 kilometers stage of the marathon before she fractured her ankle.

In spite of stopping and calling for help to soothe what would have been an agonising pain, the amateur runner did not stop and was very determined to finish the race 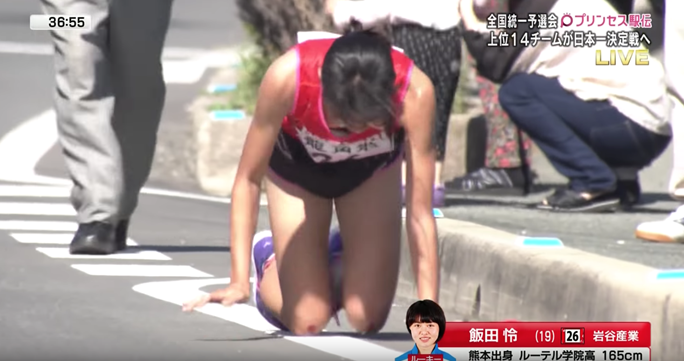 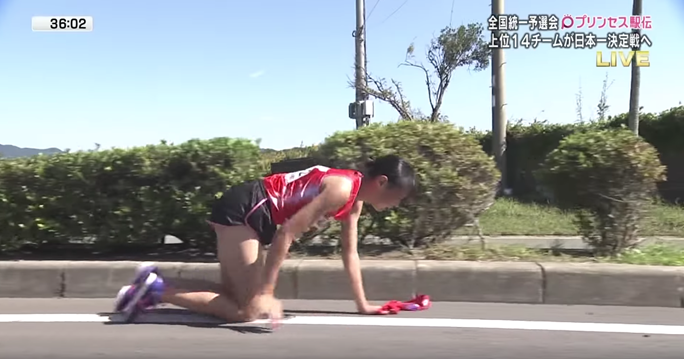 With a broken ankle, the runner kept on crawling on the tarmac as bystanders continuously cheered on her 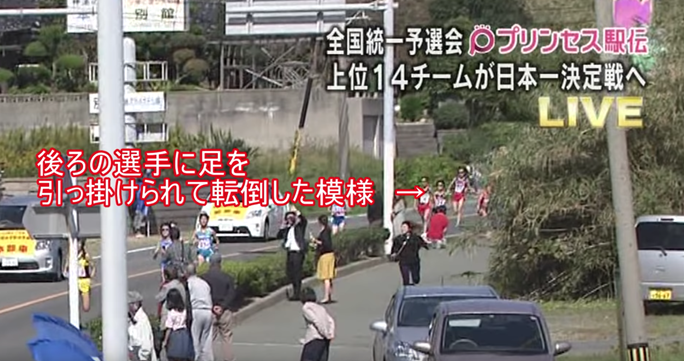 The video also shows Iida sustains injuries to her hands and knees as she leaves a bloody trail behind her as she is determined to finish the race.

Blood can be seen from her injured knees. 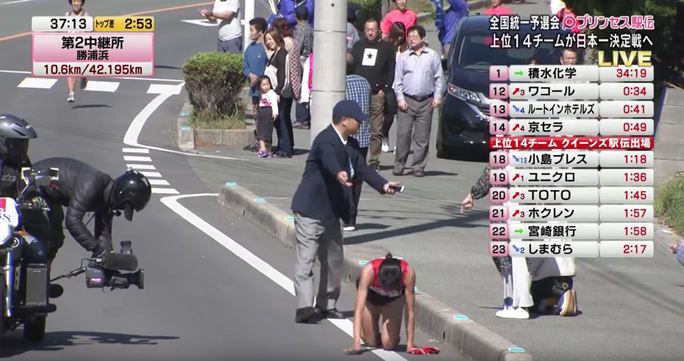 The young runner was reportedly refused to stop the race when she was approached on the tarmac as one report quotes her asking the bystanders how many meters were left until she reached her goal. 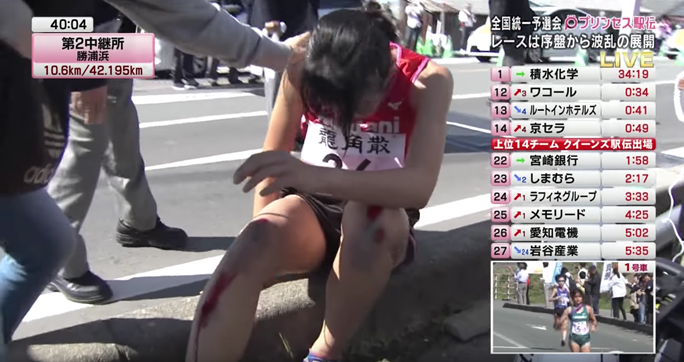