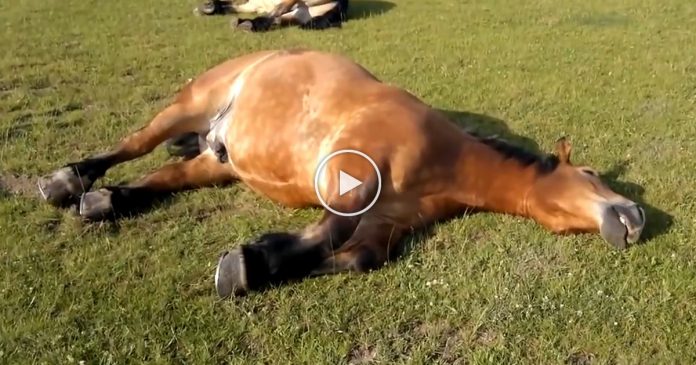 Snoring happens when the air does not move freely through the nose and the throat during sleep which causes the familiar snoring sound.

While it is known that many humans snore when they sleep, apparently, animals too encounter the same condition.

This is what a man encountered when he heard a strange sound coming from the pasture where two horses were seen lying on the grass, eyes shut closed in a deep sleep 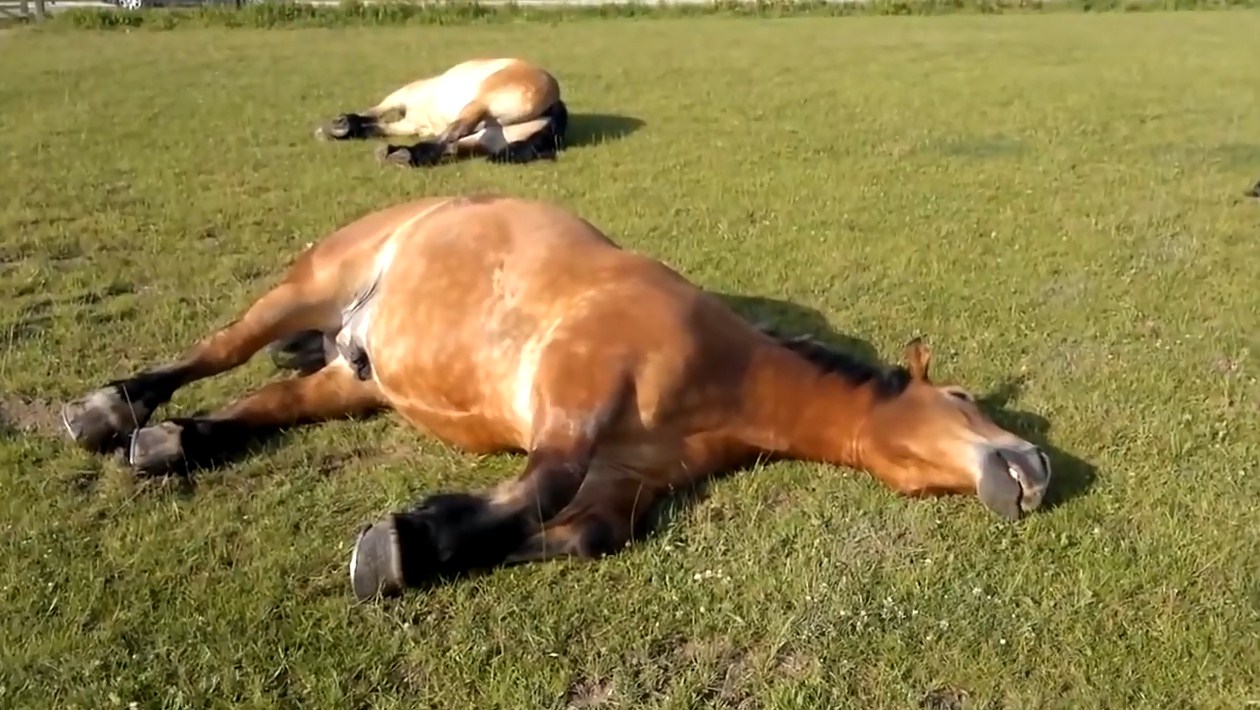 It is quite rare to see horses fall into a deep sleep since they only spend little time to actually deep sleep especially when there are people around. However, these exhausted horses seemed like they were really in need of a quality deep sleep.

In the hilarious footage, the man shows a horse and his buddy snoring loudly on the pasture as the two enjoyed a nap side by side 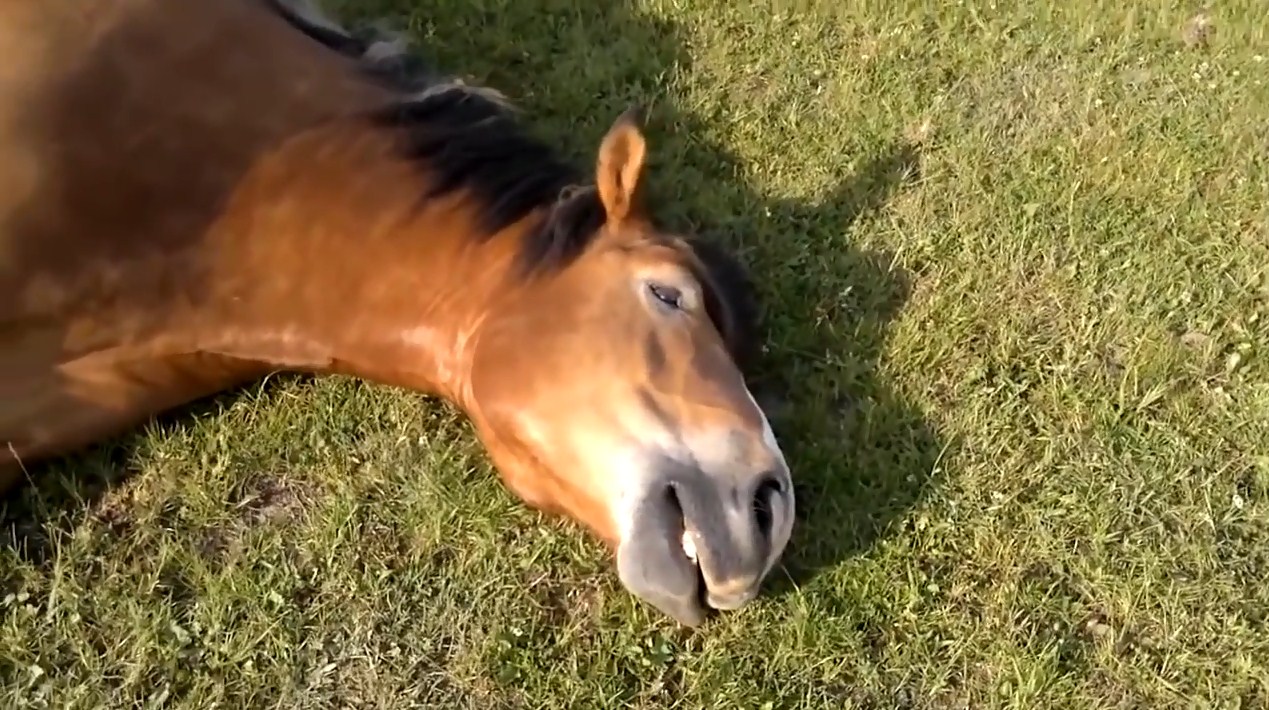 As the horses comfortably snuffled on the green grass and snoring, their mouth can also be seen fluttering in every snore they produced.

Clearly, the man’s presence near them did not bother the two tired horses.

It is not clear where the cute video was taken.

Typically, adult horses sleep on their feet. While they may look they stand perfectly on the grass, sleeping horses have their ears relaxed, eyes closed and their lips may droop.

Apparently, these horses were just too tired to be sleeping on their feet!