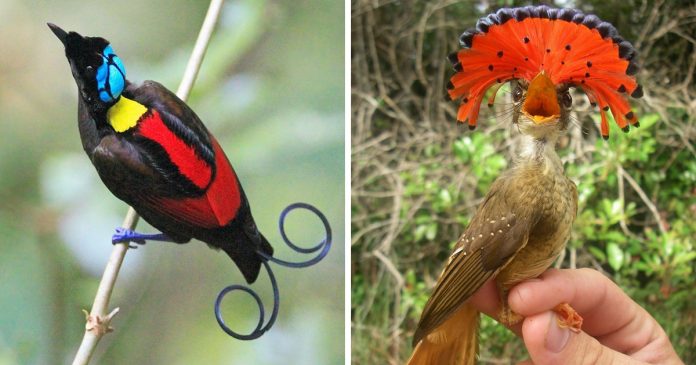 Currently, we have about 10,000 species of birds combined all over the world. The pictures below showcase around 15 of those species. These will definitely open your eyes to how exclusive and beautiful the birds of our world are.

This bird is known as the king vulture, scientifically known as Sarcoramphus papa. 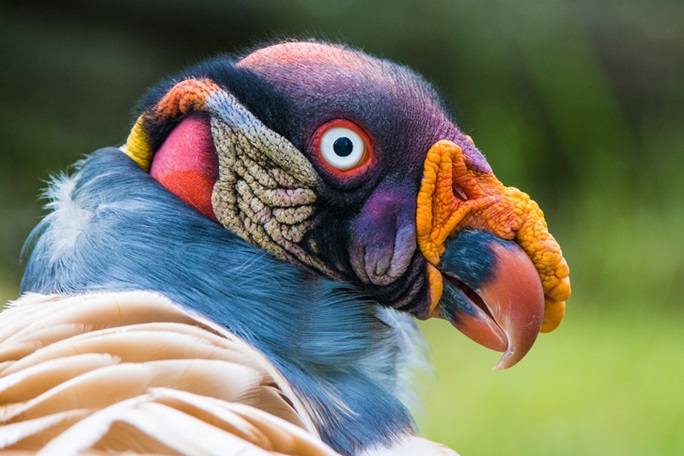 They belong to Central America and South America’s large families of birds. They live mainly in tropical lowland forests from southern Mexico to northern Argentina. They will soon face extinction as their habitat is gradually decreasing.

This bird is known as the Guianan cocks-of-the-rock, from the genus Rupicola. 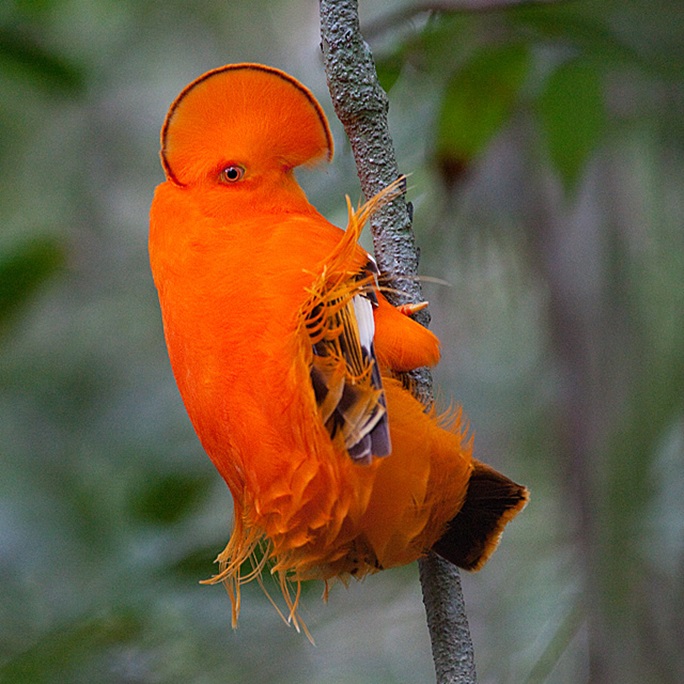 This cock-of-the-rock lives across the forested region of northeastern South America. Its diet consists mostly of fruit, but sometimes includes small snakes and lizards. 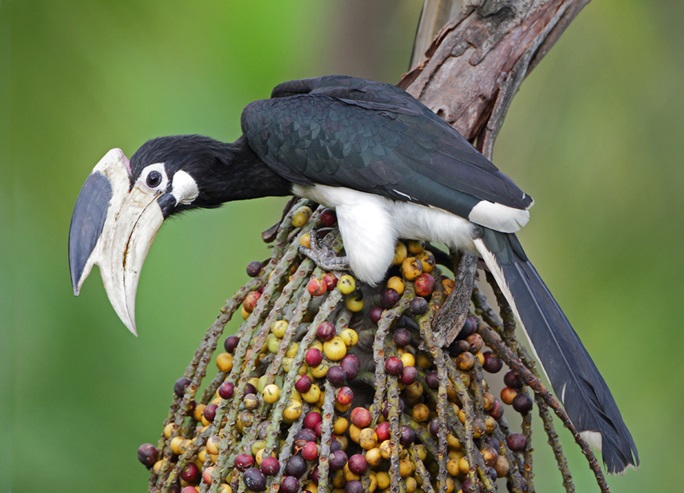 It belongs to a family of tropical near-passerine birds found in the Old World. The Malabar pied hornbill is a large hornbill. In central India, tribal peoples believed that hanging a skull of the hornbill (known as dhanchidiy) brought wealth.

This bird is a male Bird-of-Paradise, member of the family Paradisaeidae of the order Passeriformes. 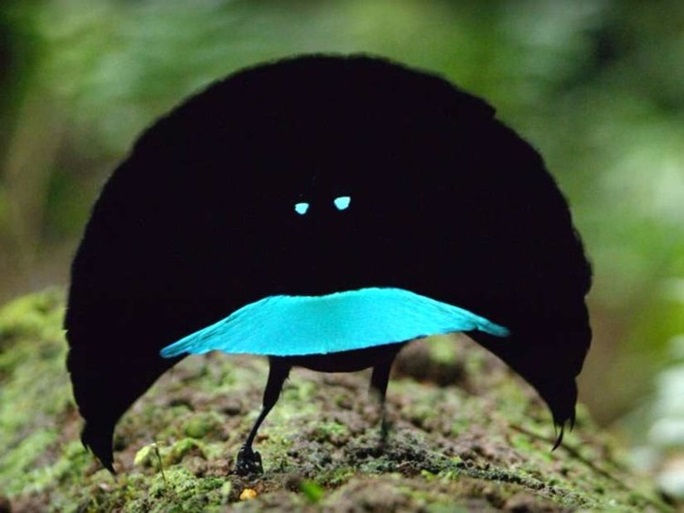 He is displaying his plumage to seduce their plainer-looking female. The majority of species in this family are found on the island of New Guinea and its satellites, with a few species occurring in the Moluccas and eastern Australia.

This golden pheasant or Chinese pheasant, is scientifically known as Chrysolophus pictus. 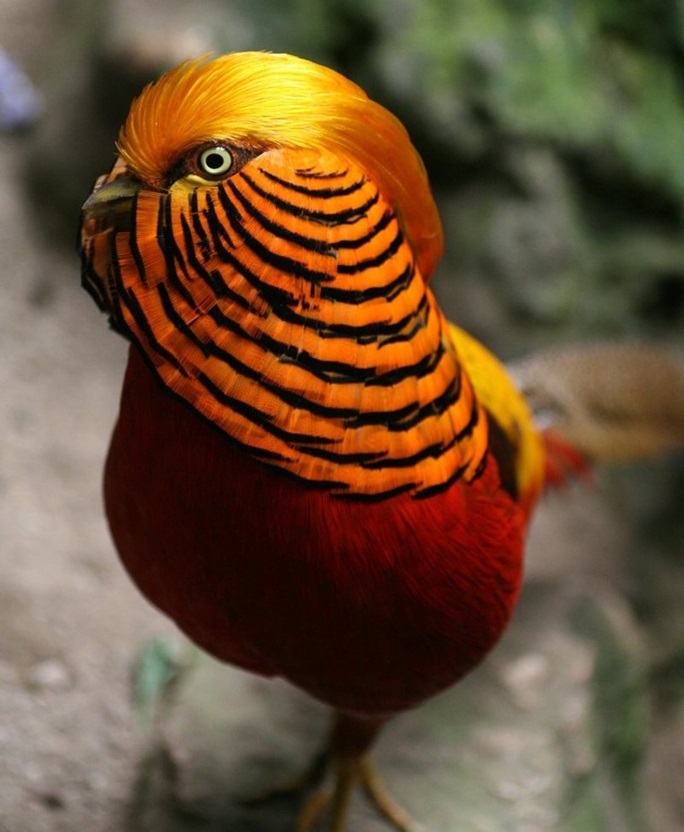 It is native to forests in mountainous areas of western China, but feral populations have been established in other European countries.

The Wilson’s bird-of-paradise (Diphyllodes respublica) is a species of passerine bird. 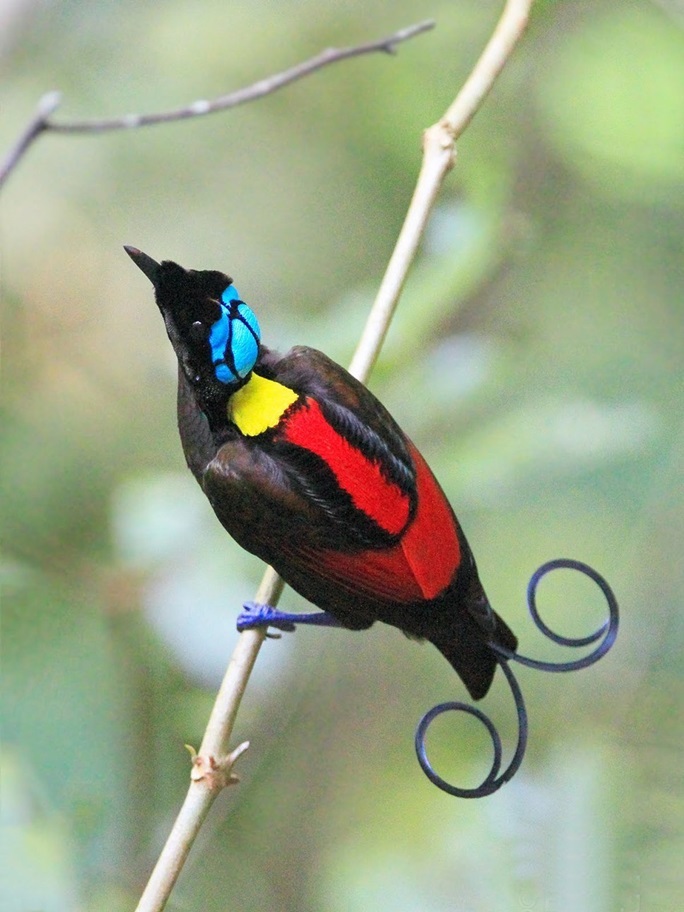 The first footage of the Wilson’s bird-of-paradise ever to be filmed was recorded in 1996 by David Attenborough for the BBC documentary, ‘Attenborough in Paradise’. He did so by dropping leaves on the forest floor, which irritated the bird into clearing them away.

The hornbill (Bucerotidae) is found in tropical and subtropical Africa, Asia and Melanesia. 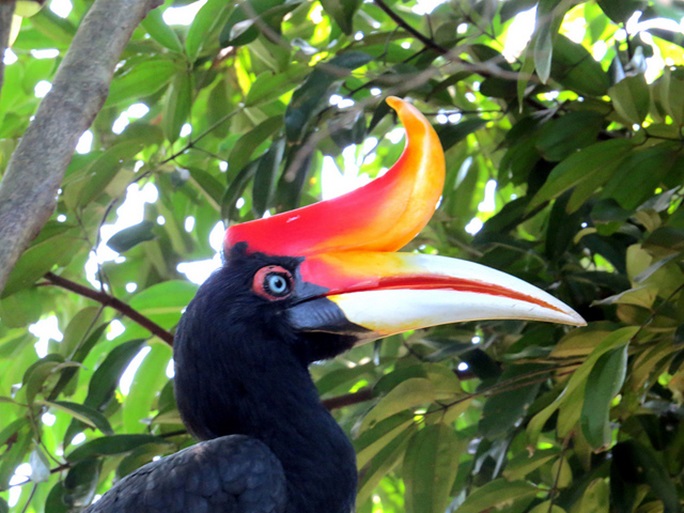 They are characterized by a long, down-curved bill which is frequently brightly colored and sometimes has a casque on the upper mandible.

Frigatebirds are a family of seabirds called Fregatidae which are found across all tropical and subtropical oceans. 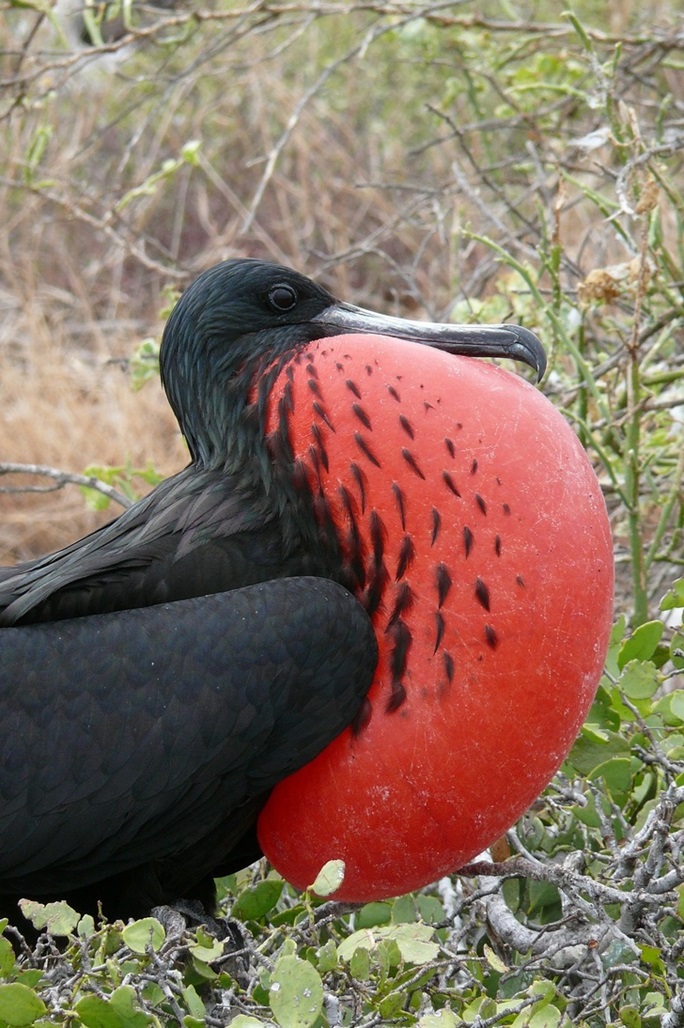 Females have white underbellies and males have a distinctive red gular pouch, which they inflate during the breeding season to attract females.

Potoo, scientifically known as Nyctibiidae is located in the Latin America region. 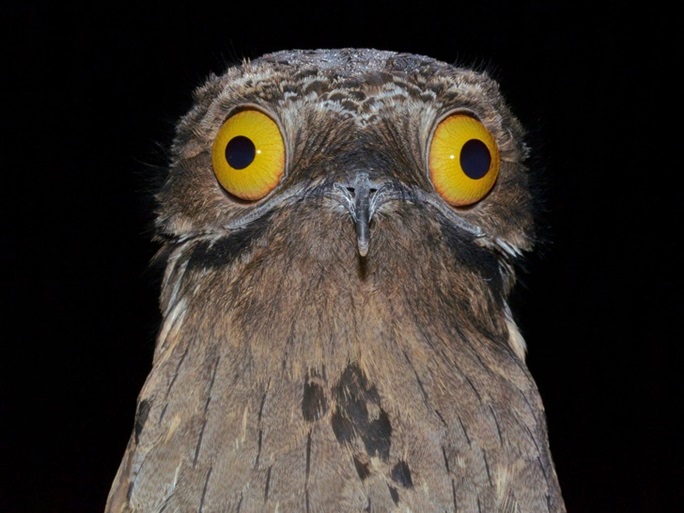 Good at camouflage, its feather color is similar to that of a tree trunk, so it can prey on insects and birds.

The Andean condor, scientifically known as Vultur gryphus is a South American bird in the New World vulture family. 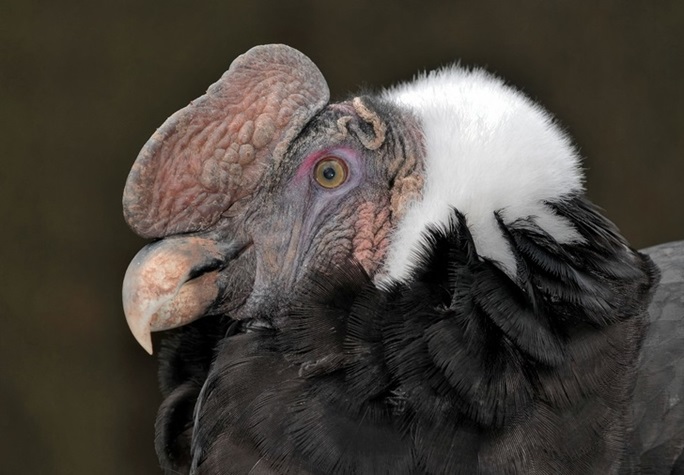 It is a large black vulture with a ruff of white feathers surrounding the base of the neck. The head and neck are nearly featherless, and are a dull red color, which may flush and therefore change color in response to the bird’s emotional state. 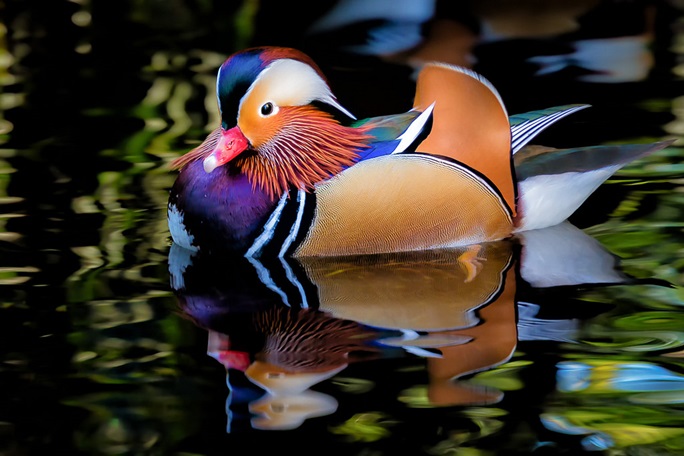 It is widely known to be the most beautiful duck in the world. 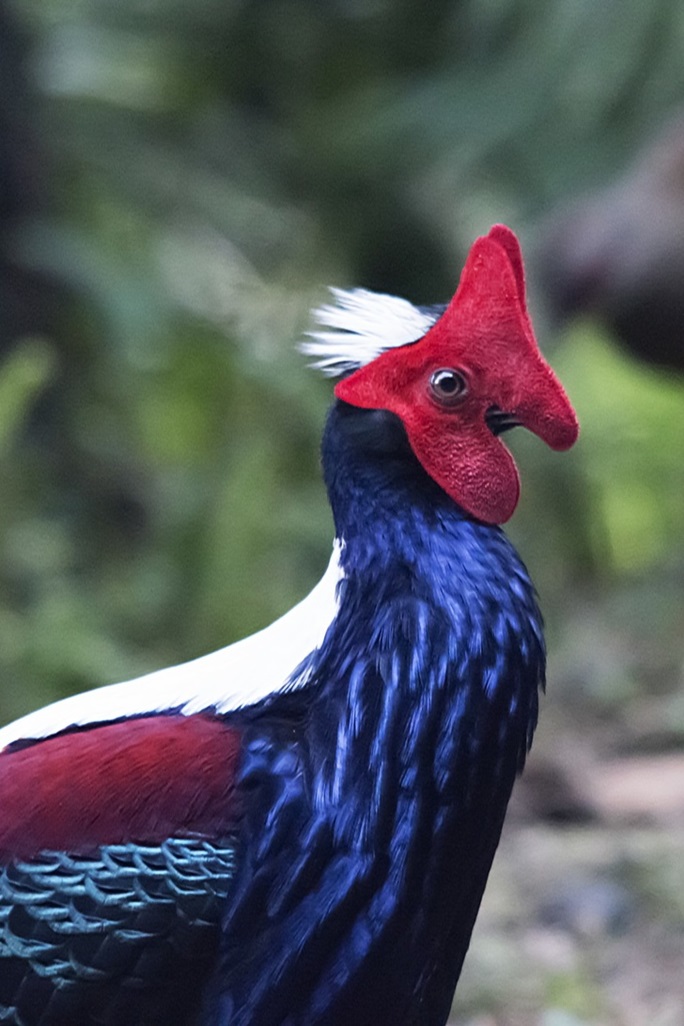 Yushan National Park, one of the areas it is known to inhabit, is depicted in the 1000 dollar bill of the Taiwanese dollar.

The Atlantic royal flycatcher is scientifically known as Onychorhynchus swainsoni. 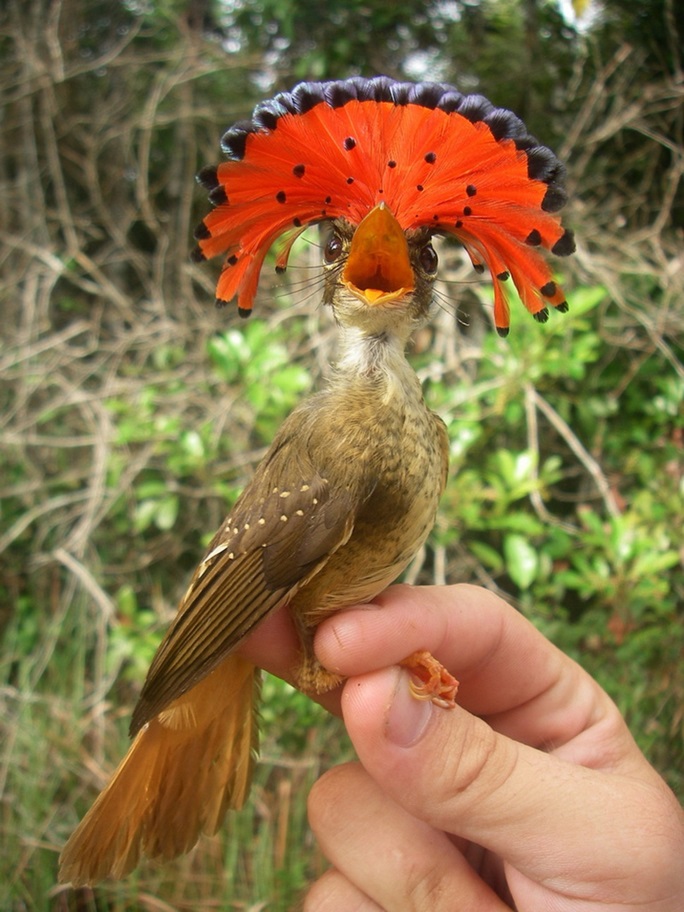 It is endemic to Atlantic forest in south-eastern Brazil and is currently threatened by habitat loss. 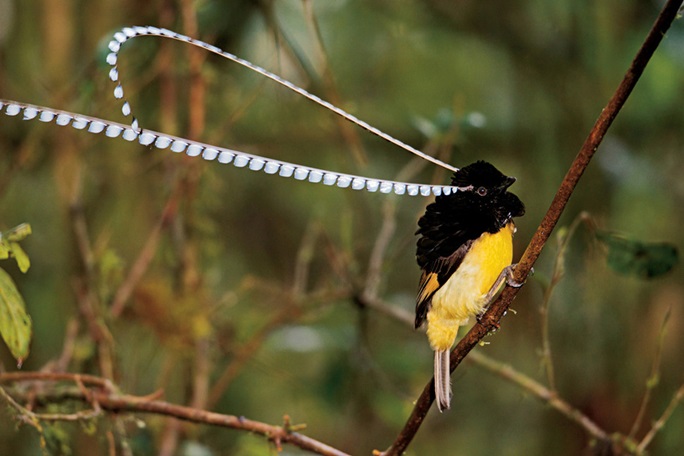 The male has two remarkably long scalloped, enamel-blue brow-plumes that can be independently erected at the bird’s will. The unadorned female is greyish brown with barred underparts. The male’s ornamental head plumes are so bizarre that, when the first specimen was brought to Europe, it was thought to be a fake.

The red-fronted tinkerbird is also scientifically known as Pogoniulus pusillus. It is a small African barbet.

Barbets are near-passerine birds with bristles around the base of the bill. They have a world-wide tropical distribution.